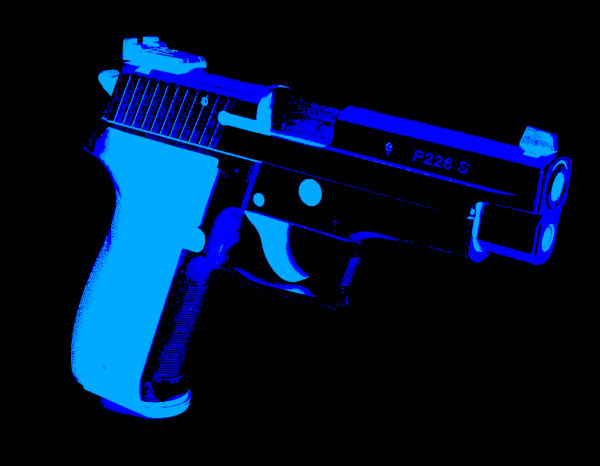 This is the largest source of ghost guns used in crimes, citing the company’s willful violation of federal gun laws.

Ghost guns have been a growing contributor to gun violence and gun-related homicides in New York City. Since January alone, the NYPD has already taken approximately 200 ghost guns off the streets, up from 148 in 2020.

Polymer80, a Nevada-based company, is, by far, the largest source of ghost guns used in crimes and recovered by law enforcement nationally, accounting for over 86 percent of the 1,475 ghost guns entered into ATF’s National Integrated Ballistic Information Network database in 2019.

“We must get ghost guns out of our communities, and those that manufacture them must be shut down,” said Mayor Adams. “Polymer80’s entire business operation presents a clear and present danger to public safety through New York and the entire country — not only selling guns, but also marketing an entire lifestyle brand that celebrates violence and lawlessness. As mayor of the largest city in America, a former police officer, and co-chair of Mayors Against Illegal Guns, I have a message for Polymer80: We will not surrender our city to a violent few. No one is above the law. And the law is coming for you.”

“Our job is to keep people safe, and we will do everything possible to keep that promise we make each day, to every New Yorker,” said NYPD Commissioner Sewell. “And as we continue to tackle this public safety crisis head-on, our focus and attention is clear: Seize the guns and arrest the individuals who possess them. Stop the shootings, and save lives.”

“Ghost guns are a dream come true for criminals, so it should come as little surprise that Polymer80, the largest maker of these untraceable weapons, has shipped its deadly goods to felons,” said John Feinblatt, president, Everytown for Gun Safety. “Now that President Biden has taken action against ghost guns, it’s time for ATF to do its job and shut down Polymer80.”

“Ghost guns are the fastest-growing gun safety threat in the nation, and Polymer80 leads the pack in flooding our streets with these deadly, untraceable firearms,” said Nick Suplina, senior vice president of law and policy, Everytown for Gun Safety. “This manufacturer has operated with impunity for far too long. The ATF should shut down Polymer80 now and put an end to this clear and present danger to public safety.”

Last month, President Joseph Biden announced the finalization of a new ghost guns rule, which confirms that gun-building kits and their core components are subject to the same firearms regulations as fully functional firearms — including the requirements of serialization and background checks when sold by a federal firearms licensee.

In today’s letter, Mayor Adams and Everytown for Gun Safety cited substantial evidence of the connection between Polymer80’s reckless business practices and gun violence in communities not only in New York, but across the country.

As outlined in that application, Polymer80 never affixed serial numbers to the frames sold as part of its Buy Build Shoot kits and failed to run background checks on purchasers of these kits — despite the ATF chief counsel’s determination that those all-inclusive kits are firearms and require serialization and background checks.

Additionally, even though ATF has also concluded that the Buy Build Shoot kits are handguns under federal law, there is no indication that Polymer80 ever included storage or safety devices with these kits that it sold, in apparent violation of the Child Safety Lock Act of 2005.

Polymer80 is currently facing numerous lawsuits for its alleged contributions to gun violence. Two Los Angeles sheriffs’ deputies who were shot and wounded with a Polymer80 ghost gun are suing the manufacturer, as is the city of Los Angeles.

Polymer80 is also being sued by the Washington, D.C. attorney general.