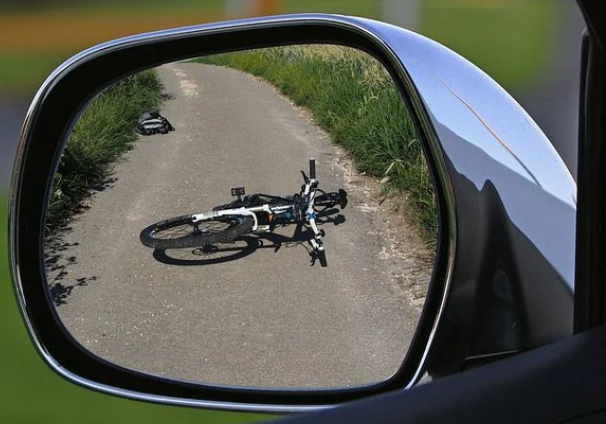 With this major new investment, Mayor Adams also today announced that the city was getting to work immediately, designating five protected bike lanes for physical infrastructure upgrades to protect cyclists, drivers, and pedestrians.

Today’s major investment follows an announcement earlier this week that 150 streets — covering a total of 300 blocks — are participating in the 2022 Open Streets program.

It also follows the administration’s plan — announced earlier this year — to redesign 1,000 intersections and the mayor’s urging Albany to pass local control and give New York City the power to set speed limits and control automated traffic enforcement.

Today also marks the Department of Transportation’s (DOT) Car-Free Earth Day, which Mayor Adams and DOT Commissioner Ydanis Rodriguez kicked off with a Citi Bike ride over the Brooklyn Bridge.

“This investment is a game-changer,” said Mayor Adams. “Too many New Yorkers have lost their lives to the traffic violence crisis, and we are seeing cities across the country struggle just like us, but this historic investment will allow New Yorkers to walk and cycle around our city without fear. With this historic investment of over $900 million, we are tackling this crisis head-on and setting the tone nationwide. We are going to ‘Get Stuff Done’ and deliver safe streets for New Yorkers. This is how we save lives.”

“Expansion of car-free streets is a giant step towards aligning New Yorker’s experience with this fundamental truth: To save lives and our planet, streets cannot just be for cars anymore,” said Deputy Mayor for Operations Meera Joshi. “Though we have the most heavily driven streets in the nation, today’s action and historic investment show the Adams administration’s deep commitment to ensuring this prime real estate is available to all.”

“Car-Free Earth Day is a reminder that we can all do our part to shape a better planet. We at the DOT understand we are experiencing a climate crisis, and we must act now,” said DOT Commissioner Rodriguez. “This ‘NYC Streets Plan’ funding will both support sustainable transit and curb the senseless violence on our streets. We thank the mayor for this commitment and show of support for this important work.”

This $904 million investment will advance the statutory commitments of the ‘NYC Streets Plan,’ the transformative five-year vision to expand the mileage of bike lanes, dedicated bus lanes and busways, and reclaimed pedestrian space on city streets.

The plan also aims to reform on-street parking and reduce the number of dangerous vehicles and drivers in New York City — building on work the city has already done to stem the tide of rising traffic violence.

This new ‘NYC Streets Plan’ funding builds on the ongoing budgetary commitments to curb traffic deaths. The city has committed nearly $3 billion in the Capital Budget, from Fiscal Year 2022 to 2031, and roughly $200 million on average per year in the expense budget.

The city is already advancing the ‘NYC Streets Plan’ with projects that include the more permanent redesigns of popular Open Streets, including 34th Avenue in Queens and Berry Street in Brooklyn; a new linear park and sidewalk-grade bike lanes on Queens Boulevard; and a host of bus improvement projects in the Bronx tied to the MTA’s Bronx bus network redesign.

DOT crews have been working to meet the administration’s commitment to upgrade physical infrastructure on 20 miles of bike lanes by the end of 2023.

Mayor Adams today announced an additional five bike lanes that have been selected for physical upgrades, keeping the city on track to complete 10 miles of bike lane upgrades in 2022 and 20 miles in 2023.

The five locations are:

“For many New Yorkers, public transportation is an important lifeline, especially in neighborhoods where buses are the only way to get around,” said U.S. Senator Kirsten Gillibrand. “The investments being made, such as the addition and protection of bus and bike lanes, in New York City streets will help ensure that all New Yorkers can get around the city more efficiently and will help New York City improve its infrastructure in an environmentally friendly manner.”

“New York City is such a dense and walkable city: Bicycling should be the perfect way to get around here,” said New York State Senator Andrew Gounardes. “But for too long, cars have held court over pedestrians and cyclists, and so many of us have lost loved ones to traffic violence on our streets. I’m glad to see the mayor prioritizing this crucial investment to make our city safer and more accessible and protect all New Yorkers who drive, ride, and walk on our streets.”

“Vehicle-related death rates are skyrocketing in our city,” said New York State Senator Brad Hoylman. “Transportation Alternatives reported a 44 percent increase in the first three months of this year — a statistic that demands to be addressed. I applaud Mayor Adams for his historic $900 million investment in traffic safety that rightfully prioritizes pedestrians, cyclists, and public transportation. The implementation of the comprehensive NYC Streets Plan could not be timelier, and I am confident the initiative will help decrease these preventable deaths. In Albany, we must continue this work by passing proven safety measures, like Sammy’s Law and the entire package of street safety bills in the legislature.”

“Given the recent rise in traffic incidents, it’s clear that we need solutions to keep people safe,” said New York State Assemblymember Kenny Burgos. “These new investments to improve public transportation for buses and bring in additional bike lanes are crucial to traffic safety and will make our city more environmentally friendly. I look forward to seeing these improvements across the Bronx and New York City.”

“We are all aware of the unacceptable increase in traffic violence so far this year. I am pleased to see the mayor making a strong commitment to protecting pedestrians and cyclists while investing in key street safety and public transportation infrastructure,” said New York State Assemblymember Deborah J. Glick. “Expanding and hardening bike lanes and creating more dedicated space for buses are critical steps toward ensuring public safety and moving us toward the goal of becoming a greener city. The legislature will continue to do our part to address traffic violence, such as prioritizing the passage of the Crash Victims Rights and Safety Act, including my bill to enact the Crash Victims Bill of Rights, as well as my legislation to authorize school zone speed cameras be in operation at all times of day, every day — and we are heartened by the city’s efforts to tackle these issues.”

“Today’s investment announcement paves the way for better, safer, and smoother alternate ways of getting around our city, which will lead to less traffic fatalities and more mitigation of the terrible impacts that car emissions have on our environments,” said Brooklyn Borough President Antonio Reynoso. “Thank you to Mayor Adams for this important investment and further encouraging New Yorkers to leave their cars at home and help our city become a healthier place to live.”

“Ending unnecessary injuries and deaths at the hands of traffic violence is crucial to making our city safe and livable,” said New York City Councilmember Eric Dinowitz. “I’m encouraged that Mayor Adams is not only a cyclist himself but is prioritizing the safety of cyclists on our streets. It is also vitally important that the Department of Transportation works hand in hand with local elected officials, residents, schools, businesses, and other stakeholders to improve safety and meet the needs of our local community.”

“Representing the Manhattan council district with the highest amount of traffic injuries, this critical allocation of $900 million dollars is a historic investment by the mayor to save lives and make the streets safer, healthier, and greener,” said New York City Councilmember Julie Menin.

“Over the years, traffic and unlawful driving have cost the lives of too many New Yorkers,” said New York City Council Member Keith Powers. “I’m glad to see Mayor Adams address this crisis by allocating significant investment into our city’s public transportation system and street safety needs. Our city is in constant motion — and we must do everything to keep everyone on our streets safe.”

“Making the necessary investments to improve our city’s public transportation systems and furthering the commitment to create safer streets are essential to bettering our infrastructure to meet the needs of all New Yorkers, pedestrians and cyclists included,” said New York City Councilmember Kevin C. Riley. “Mayor Adams’ significant funding announcement is game-changing to moving forward with building more sustainable, environmentally friendly communities for a better future. All New York City districts, especially our underserved communities, deserve these initiatives that promote equity in improving the quality of life for all.”

“New York City streets belong to all New Yorkers. That 59 people have been struck and killed this year — 29 of them pedestrians— is deeply tragic,” said New York City Councilmember Carlina Rivera. “This is an alarming 44 percent increase from this time last year, and under no circumstances can we allow this trend to continue. The mayor’s investment in street design and enforcement is a necessary step toward reversing it, and we must continue to focus on making a safer, greener, and more accessible New York City a reality.”

“This year has had the deadliest start to any year since the beginning of Vision Zero, with an already 44 percent increase in traffic-related deaths this year. As a long-time transportation advocate and after being hit in a crash myself less than a year ago, I have been a vocal proponent of dedicating resources to design streets for pedestrians, transit users and cyclist safety,” said New York City Councilmember Pierina Sanchez. “The Bronx has only 3 percent of the city’s bike infrastructure, five times less than we should on account of our population, and funding equity will be critical. I applaud Mayor Adams for dedicating necessary resources to fund implementation of life-saving interventions recommended in the Streets Master Plan, mandated by the council’s Local Law 95.”

“We commend Mayor Adams for rightfully investing significant funding to reduce traffic violence and putting the city on the right path for reclaiming the streets for pedestrians and cyclists,” said Ken Podziba, president and CEO, Bike New York. “Thank you to the mayor and Commissioner Rodriguez for tackling these critical issues so early on in their tenure in the quest for a safer, healthier, and greener New York City.”

“The ‘NYC Streets Plan’ is a critical investment in our city’s future,” said Sara Lind, director of policy, Open Plans. “Freeing New Yorkers from car dependency will save lives, improve public health, support the millions of New Yorkers who rely on public transportation, and help to mitigate the climate crisis. Reclaiming space for pedestrians is a matter of equity — while only a minority of New Yorkers drive, every New Yorker uses our sidewalks. We are all pedestrians.”

“We applaud Mayor Adams for his commitment to allocate $900 million to the ‘NYC Streets Plan’ over the next five years,” said Eric McClure, executive director, StreetsPAC. “This transformative investment in safer streets and improved public transportation is absolutely critical to the city’s efforts to combat the effects of climate change and will help accelerate our transition away from motor vehicles to greener, safer, more sustainable forms of transportation. We look forward to supporting the efforts of the administration and Commissioner Rodriguez and the Department of Transportation to implement these initiatives and commend the City Council for its crucial advocacy.”

“Today, Mayor Adams is sending a strong message to New Yorkers that our city’s path forward is on streets for people,” said Danny Harris, executive director, Transportation Alternatives. “The ‘NYC Streets Plan’ will be transformational for New York and give New Yorkers safe, equitable, affordable, and sustainable options to get around with more bike lanes, bus lanes, and pedestrian space. We applaud the mayor for this historic funding commitment and look forward to working together to fast track its implementation, especially to our neighborhoods most in need.”