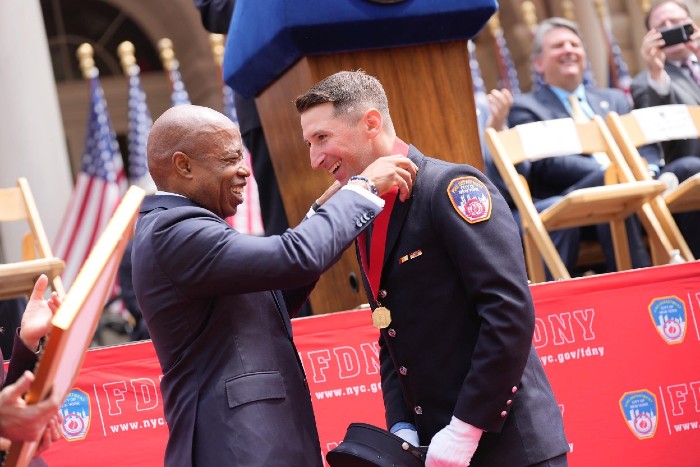 “I am proud to honor New York’s Bravest today for their tremendous acts of valor and bravery protecting our city,” said Mayor Adams. “When we needed heroes, the men and women of the FDNY answered the call, putting their lives on the line to keep New Yorkers safe. On behalf of 8.8 million New Yorkers, thank you to the firefighters, paramedics, EMTs, fire marshals, and all of the FDNY members who run towards danger instead of away from it every day to protect our city.”

“Our medal recipients represent the very best of the FDNY and demonstrate the strength of the pillars on which the FDNY stands — bravery, dedication, and service,” said Acting Fire Commissioner Kavanagh. “When called to act, they did not hesitate. When they heard cries for help, when people were trapped by flames and smoke, and when New Yorkers were in dire need of medical care, they pushed forward and saved lives.”

Among other recipients, Mayor Adams and Acting Commissioner Kavanagh presented medals to over 70 recipients, including: