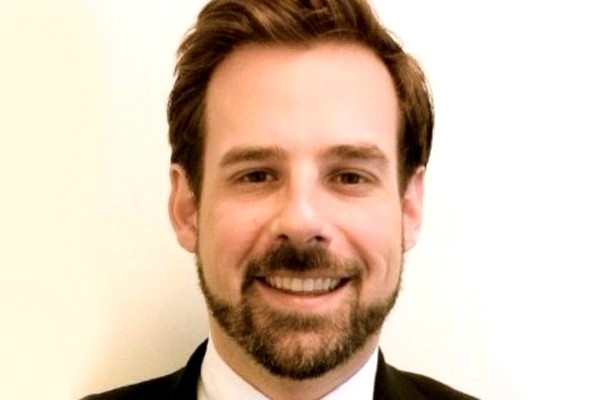 “As New York City builds a recovery for all of us, we can look forward to bringing back the iconic citywide events that give each year its shape. Dan Gross has the experience, vision, and creativity to bring them back better than ever,” said Mayor Bill de Blasio. “From festivals to marathons, to parades, and everything in between, these large events are what makes New York City special. I’m grateful to Ellyn Canfield for years of extraordinary service, and I look forward to working with Dan to bring New York City back safely.”

“New York City is and always will be the premier location for events. It is my honor to accept the Mayor’s appointment, and I am excited to continue the incredible work with the team at Citywide Event Coordination and Management to bring back events to our great city. As a team, CECM is proud to work with all of our partner agencies and will continue that effort as we come back stronger than ever,” said CECM Executive Director Dan Gross.

“Dan Gross has been an incredible asset to the CECM team from the beginning of the administration, and I can’t think of a better person to take the reins. He is a creative and compassionate leader who cares deeply about New York City and I can’t wait to see the events that take place under his tenure,” said outgoing Executive Director Ellyn Canfield.

Dan Gross brings over 20 years of expertise in all facets of the event industry, both public and private. Dan began his career as special assistant to Senator John Kerry.

He has served in various roles on three presidential campaigns, including developing, managing and building the audience for the historic nominating speech of President Barack Obama at the Denver Broncos football stadium.

He later served in the Obama administration as Director of Scheduling and Advance at the Department of Housing and Urban Development, and later oversaw all audience logistics for the 2013 Presidential Inauguration, which drew over 1.8 million attendees.

He later served in the Obama administration as Director of Scheduling and Advance at the Department of Housing and Urban Development, and later oversaw all audience logistics for the 2013 Presidential Inauguration, which drew over 1.8 million attendees.

Dan has held multiple positions in the administration, both at the Office of Citywide Events and in City Hall. He is a graduate of Marshall University and a native New Yorker.

“My agency has had the pleasure of working with Dan Gross on countless citywide events, and that partnership has been especially critical during the pandemic as we rolled out new programs like Open Culture and continued the traditions the Thanksgiving Day Parade and New Year’s Eve,” said Commissioner of the Mayor’s Office of Media and Entertainment Anne del Castillo. “We congratulate Dan on his appointment and look forward to building on our work together as the city reopens.”

“As New York City reopens and citywide events return to our communities, Dan Gross will do an excellent job of leading CECM,” said Community Affairs Unit Commissioner Roberto Perez. “I look forward to working with Dan as parades and street events this summer will illustrate the diversity of New Yorkers and strengthen community ties.”

“After the year we have had, our city is ready to celebrate again! I am confident under the leadership of Dan Gross as the Executive Director of Citywide Event Coordination and Management we can bring our world-renowned events back to our city while keeping everyone safe,” said State Senator Jessica Ramos.

“You hear the term ‘consummate pro’ quite a bit but it’s not every day that the person actually lives up to it. Dan Gross does. All of the iconic citywide events that New Yorkers and tourists know and love take a ton of work to pull off behind the scenes. Dan gets things done. Now more than ever, when we need our city to roar back strong, Dan will make sure all of it happens without a hitch. I commend the Mayor’s decision to appoint him as the new Executive Director of Citywide Event Coordination and Management and I look forward to working with Dan in his new role,” said Council Member Justin Brannan.

“I congratulate Dan Gross on being appointed the new Executive Director of the Mayor’s Office of Citywide Event Coordination and Management. Dan has been a terrific partner of NYC & Company over the years and has played an integral role in helping New York City stage so many iconic events on the world’s stage. We look forward to collaborating with Dan to ensure that New York City continues to play host to countless events in the future as we continue on the path toward recovery,” said NYC & Company President and CEO Fred Dixon.

“As New York City comes back to once again be the most important destination for major worldwide events, Dan Gross’ experience and leadership are exactly what the city needs to rise to the occasion,” said Mark Shulman, Senior Vice President at Oak View Group and UBS Arena. “I have worked with Dan as well as the team at CECM for many years and there is no one better to safely and effectively develop a comprehensive strategy and activation plan so we can all get back to bringing communities together to celebrate.”

“Dan Gross is a true professional and has been a great help as we reimagined events in Times Square. We applaud the Mayor’s decision to appoint him as the new Executive Director of CECM. Events are a key element to our work in Times Square and we have always worked closely with Citywide Event Coordination and Management to hash out complex logistics to have successful events in the public realm including the newly envisioned New Year’s Eve celebration in Times Square this past year. We value this partnership and look forward to working with Dan,” said Tom Harris, Acting President, Times Square Alliance.

“As New York City reemerges and we stage the 50th running of the TCS New York City Marathon, Dan’s proven leadership and extensive experience will be vital in effectively and safely bringing events back,” said Ted Metellus, Race Director, New York City Marathon. “He is incredibly deserving and the NYRR team is excited to work with him and CECM as we continue to serve the city and the global running community.”

To ensure that the City maximizes its ability to properly accommodate these uses, it is imperative that City agencies coordinate their policies, procedures and permitting operations that pertain to the management of events in public spaces.

The Office of Citywide Event Coordination and Management is authorized to provide oversight of all event permitting activity in New York City.

CECM advises and assists the Mayor in the coordination of policies, plans, procedures and operations common to the permitting, review, and coordination of street events and other permitted activities.

As part of its mission, CECM will gather and disseminate information about upcoming and ongoing public events, including gatherings in City parks, processions, parades, street fairs, block parties, commercial and promotional events, street events, and displays and filming of motion pictures and television.

Our goal is to ensure informed decision-making by the various permitting agencies, as well as compliance by permit applicants. CECM also acts as an internal and external resource to the event community on overall event coordination, permitting, and management. CECM works to enhance communication among various agencies involved in the issuance of permits.

This ensures that affected agencies are provided with timely information for proper advance planning to avoid vehicular and pedestrian traffic disruptions, as well as excessive noise in surrounding neighborhoods.