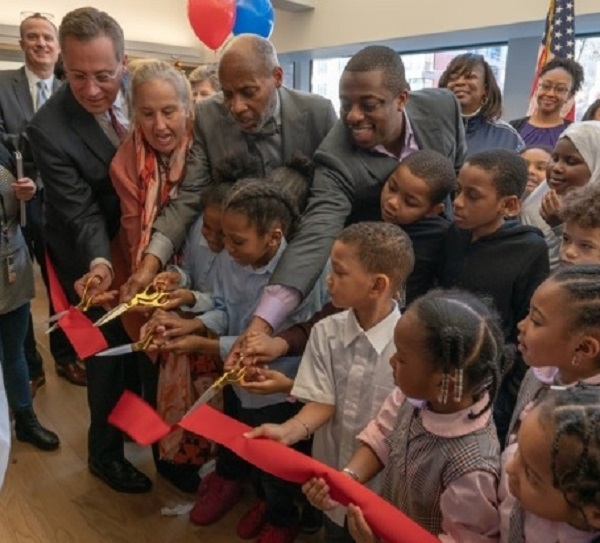 The new library branch, located across the street from its original location on Adam Clayton Powell Junior Boulevard near West 151st Street, has new features such as an adult reading room, an expanded computer facility, space for on-site classes and children’s programs, more charging stations and a public restroom.

“For 65 years the mighty Macomb’s Bridge Library offered Harlem patrons exceptional service for a space that was too small,” Tony Marx, President of The New York Public Library, said ina statement. “Together with NYCHA, the City, and local officials, it is an honor and privilege to introduce the community to the branch’s new and much larger home.”

Residents loved the Macomb’s Bridge previous location, but it was limited by its size. The facility, which opened in 1955, was one of the smallest libraries in the NYPL system at 685 square feet, compared to the new facility’s 3,375 square feet. Extra space means greater possibilities for educational programming, workshops and classes, library officials said.