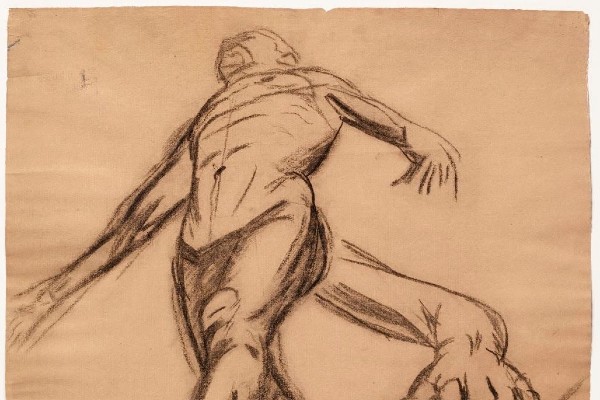 On Friday, January 28th, 2022, at 10 am EST, registered participants will enjoy a lively discussion on Mexican Muralism and the artists that impacted that period in both Mexico and the United States.

Art responded by turning its focus onto the common man and woman in natural and urban environments.

The Americas were impacted as well with cries for change. In Mexico, a ten-year revolution offered an opportunity for Mexico to acknowledge its pre-Hispanic past with a new blended population.

Art became the medium to spark emotions and share with pride epic tales of how this blended world was to take shape.

The Mexican Muralism Movement embraced European traditions of drawing and frescoes with social realism and new aesthetics that swept into North America.

These drawings were executed by artists as preparatory drawings for other works of art, such as frescos, tapestries, paintings, and architectural-sculptural ensembles.

This exhibit will complement the recently donated Jose Clemente Orozco drawings to the Hispanic Society and will also feature earlier drawings by Rafael Ximeno y Planes and Juan Rodriguez Juárez.

To give visitors a truer sense of the Hispanic Society Museum & Library’s expansive and diverse holdings, the exhibition will also feature drawings by notable artists from the Iberian Peninsula and Latin America from the 17th to the 20th century, including Jusepe de Ribera and Bartolomé Esteban Murillo, Alonso Cano, Francisco Goya y Lucientes, Joaquin Sorolla y Bastida, and Francisco (Pancho) Fierro.

Esther Adler Esther Adler is a Curator in the Department of Drawings and Prints at The Museum of Modern Art. Her exhibition Joseph E. Yoakum: What I Saw is on view at MoMA through March 19, 2022, and will travel to The Menil Collection in April, having opened at the Art Institute of Chicago on June 12, 2021. Most recently, she organized Betye Saar: The Legends of Black Girl’s Window (with Christophe Cherix, 2019), Charles White: A Retrospective (with Sarah Kelly Oehler, 2018) and Charles White—Leonardo da Vinci. Curated by David Hammons (2017). Past projects include Dorothea Rockburne: Drawing Which Makes Itself (2013), American Modern: Hopper to O’Keeffe (2013), and Gifted: Collectors and Drawings at MoMA, 1929–1983 (2011).

Leon Tovar is the director of New York-based gallery Leon Tovar Gallery that promotes and showcases the finest examples of Latin American Modernism. In 1990, Mr. Tovar opened his first location in Bogotá, Colombia, with a presentation of work by Sol LeWitt and Bernar Venet, followed by exhibitions on Josef Albers, Carlos Rojas, Luis Camnitzer, Dennis Oppenheim, and Eduardo Ramírez Villamizar.

In 2002, Mr. Tovar moved his operation to New York City’s Upper East Side, where he was among the first galleries to exhibit the geometric, kinetic, optical, and constructivist tendencies practiced by Latin America’s vanguard artists.

His expertise in the field was informed by his personal relationships with many artists, among them Carlos Cruz-Diez, Jesús Rafael Soto, Carlos Rojas, Edgar Negret, and Eduardo Ramírez Villamizar, as he endeavored to increase the visibility of art from Latin America and its place within a global discussion of modernism.

Concurrent with his role as Gallery Director, Mr. Tovar has provided consultation to museums, auction houses, collectors, curators, appraisers, and artists, and has served on selections committees for the ARTBO and ARCO Madrid art fairs. His published articles appear in such publications as Summus and Revista Credencial, and he was a featured panelist in Latin American Art Now (2017), Art, Nationality, and Global Modernism (2018), and Where is Latin American Art? Center Stage (2019), all of which were hosted by TEFAF New York.

Dr. Hernández Ying has dedicated over  20 years to museum work and college teaching. His trajectory includes holding several positions in institutions such as MoMA, the Cooper-Hewitt Smithsonian Design Museum,  and the Historic New Orleans Collection in the U.S.

In his native Panama, Dr. Hernández held the position of National Coordinator of Museums and head curator of the National Anthropological Museum, where he oversaw 18 state museums and led the rescue efforts of a collection of approximately 16,000 archaeological artifacts from ancient Panama. His teaching trajectory includes universities such as NYU, CUNY, Tulane University, and the National University of Panama.

His academic training includes an MA in Museum Studies from NYU and a doctoral degree in Art History & Criticism from the Graduate Center City University of New York.

Recently, Dr. Hernández has collaborated with The Dallas Museum of Art and the Metropolitan Museum of Art in research projects associated with ancient gold from the Isthmo-Colombian Area.

Currently, he is part of the curatorial team at the Hispanic Society of America as Rockefeller Brothers Fund Curatorial Research Fellow for the Hubert & Mireille Goldschmidt Works on Paper Fellowship, Hispanic Society Museum & Library. 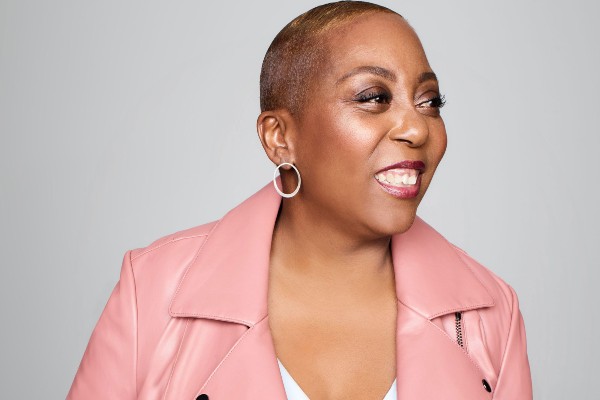 Savona Bailey-McClain is a Harlem-based curator and arts administrator. She is the Executive Director/Chief Curator of the West Harlem Art Fund, which has organized high-profile public art exhibits throughout New York City for the past 20 years, including Times Square, DUMBO, Soho, Governors Island, and Harlem.

Her public art installations encompass sculpture, drawings, performance, sound, and mixed media, and have been covered extensively by the New York Times, Art Daily, Artnet, Los Angeles Times and Huffington Post, among many others. She is host/ producer of “State of the Arts NYC,” a weekly podcast program on Podyssey, Radio Public, Youtube, Mixcloud and other audio platforms.

She is also a member of ArtTable, NYC Dance in Sacred Places, International Sculpture Center and the Governors Island Advisory Council.