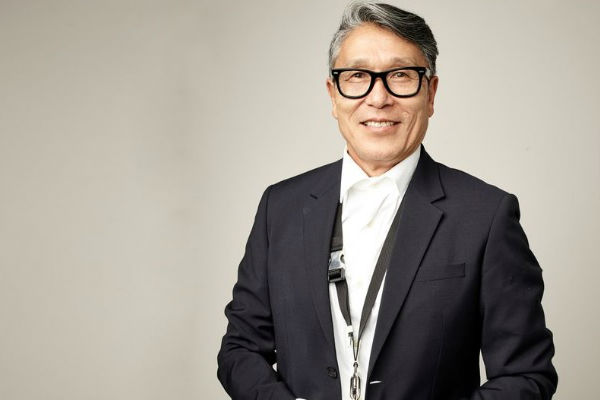 Having joined the Company in 1972 as a dancer, Mr. Chaya performed under Mr. Ailey’s direction for 15 years, subsequently assumed responsibility for rehearsing the Company—a role for which Mr. Ailey had cultivated him—and for more than 28 years, as Associate Artistic Director, has maintained the repertoire, handled innumerable creative decisions, and guided generations of the Company’s dancers.

Robert Battle said, “Masazumi Chaya is a phenomenon. For almost 50 years he has been a conduit for the vision and legacy of Alvin Ailey. To the dance community, he is a much-loved marvel. To us, he is a direct connection to Mr. Ailey whose creativity and generosity he has shared while supporting the artistry of countless choreographers and dancers. I am forever grateful to Chaya for being a guide and support to me as only the third Artistic Director and we feel enormously fortunate that he intends to stay with us working to preserve the company’s Artistic legacy, after his run as Associate Artistic Director.”

“Chaya is the lighthouse in a storm of creativity who has lovingly helped us rise to many challenges and shepherd Alvin Ailey American Dance Theater through five decades of history-making with his talent as a dancer, rehearsal director and Associate Artistic Director to me and Robert Battle,” shared Artistic Director Emerita Judith Jamison. “Shining brightly through Chaya’s work is the love for the art of dance, and the man that created a space for him to fully embrace it. He is my dear friend, a caretaker to the work of many choreographers and a mentor to generations of dancers.”

The Company will pay tribute to Mr. Chaya with a special program on Sunday, December 22nd at 7:30pm, as part of its holiday season at New York City Center. The tribute performance will feature over a dozen excerpts that highlight his extensive career, a special piece d ’occasion created by Matthew Rushing, and appearances and performances by former company members.

During the fall, Mr. Chaya will also share his vast knowledge and experience through special activities with The Ailey School – including a workshop focusing on Ailey choreography and a discussion with students as part of the School’s 50th Anniversary celebration – and a panel event open to the public. Details will be announced in the fall.

Speaking of the inspiration he gained from Mr. Ailey, and of his own work in transmitting it to those who followed, Mr. Chaya said, “Everything he did came from his humanity. Never from seeking his own gain, never from a desire for fame. None of that. It’s what kept me here all this time, working in a creative form. I have had such a great time, and I wanted young people to have this same experience. It should not just be mine.”

Masazumi Chaya was born in Fukuoka, Japan, where he began his training in classical ballet. After a period of performing as a dancer on Japanese television, he came to New York City in December 1970 and eventually gained a position with the Richard Englund Dance Repertory Company (which later became American Ballet Theater II). In 1972, with his close friend Michihiko Oka, Mr. Chaya joined Alvin Ailey American Dance Theater. He danced with the Company for 15 years and upon his retirement from performing, in 1986, was tapped by Mr. Ailey to serve as Assistant to the Rehearsal Director. Mr. Ailey named him Rehearsal Director in 1988. After Judith Jamison became Artistic Director of the Company, she appointed Mr. Chaya Associate Artistic Director, the post in which he has provided invaluable creative assistance in all areas of the Company’s operations since 1991.

After leaving his current position, Mr. Chaya will continue to be a caretaker of the Ailey legacy in a number of ways, including organizing the Company’s archive of recorded performances, creating official resource guides for Alvin Ailey American Dance Theater repertory. Importantly, he announced that he will launch and lead a formalized licensing project that will bring ballets by Alvin Ailey into the repertoires of other dance companies around the world.

“It is a great joy to share the genius of Alvin Ailey’s choreography with other companies so that it reaches and inspires even more people around the world,” Mr. Chaya said. “I’m excited to begin a new role that will help keep his flame burning brightly, after celebrating my final New York City Center season as Associate Artistic Director with Ailey’s wonderful dancers and audiences.”

The 2019 City Center season of Alvin Ailey American Dance Theater will run from December 4 through January 5. Full program information will be announced in the coming weeks.

Alvin Ailey American Dance Theater, recognized by U.S. Congressional resolution as a vital American “Cultural Ambassador to the World,” grew from a now‐fabled March 1958 performance in New York that changed forever the perception of American dance. Founded by Alvin Ailey, recent posthumous recipient of the Presidential Medal of Freedom – the nation’s highest civilian honor, and guided by Judith Jamison beginning in 1989, the Company is now led by Robert Battle, whom Judith Jamison chose to succeed her on July 1, 2011. Alvin Ailey American Dance Theater has performed for an estimated 25 million people in 71 countries on 6 continents, promoting the uniqueness of the African‐American cultural experience and the preservation and enrichment of the American modern dance tradition. In addition to being the Principal Dance Company of New York City Center, where its performances have become a year‐end holiday tradition, the Ailey company performs annually at Lincoln Center for the Performing Arts, the John F. Kennedy Center for the Performing Arts in Washington, DC, the Auditorium Theatre in Chicago, The Fox Theatre in Atlanta, Zellerbach Hall in Berkeley, CA and at the New Jersey Performing Arts Center in Newark (where it is the Principal Resident Affiliate), and appears frequently in other major theaters throughout the United States and the world during extensive annual tours. The Ailey organization also includes Ailey II (1974), a second performing company of emerging young dancers and innovative choreographers;

The Ailey School (1969), one of the most extensive dance training programs in the world; Ailey Arts in Education & Community Programs, which brings dance into the classrooms, communities and lives of people of all ages; and The Ailey Extension (2005), a program offering dance and fitness classes to the general public, which began with the opening of Ailey’s permanent home—the largest building dedicated to dance in New York City, the dance capital of the world —named The Joan Weill Center for Dance, at 55th Street at 9th Avenue in New York City. For more information, visit www.alvinailey.org.