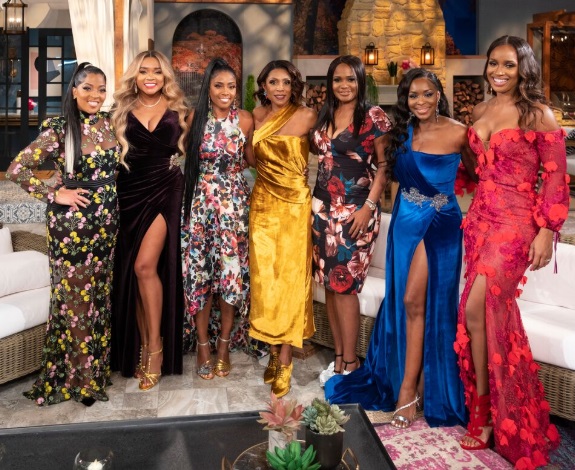 Cohen covers the hot-button topics with Dr. Jacqueline Walters, Dr. Simone Whitmore, Dr. Heavenly Kimes, Quad Webb-Lunceford, Toya Bush-Harris, Mariah Huq and Dr. Contessa Metcalfe. The ladies will set records straight on rumors while also calling out liars and frauds. In addition, an ultimate face-off with an estranged husband and wife will leave the couples on edge. The three-part reunion will premiere on Friday, December 21st, 2018, and Sunday, January 6th and 13th, 2019, at 9 pm ET/PT.

Part one of the reunion begins on Friday, December 21, 2018, at 9 pm ET/PT with Andy Cohen reflecting on some of the seasons biggest moments as the ladies of medicine come together in part one of the explosive three-part Married to Medicine Reunion. Simone reveals what her home life is really like. Meanwhile Contessa finds herself cornered and defending her surgery from attacks. Heavenly and Mariah try to settle an argument, leading to a dramatic confrontation. Quad reveals a shocking accusation.

The intense reunion continues on Sunday, January 6, 2019, at 9 pm ET/PT as Andy tries to get to the bottom of Quad’s scandalous accusations against Mariah. Then, the husbands tell their side of the story. Damon defends himself against cheating allegations, while Aydin sticks up for his wife. Later, Greg and Quad come face to face.

The three-part epic reunion concludes on Sunday, January 13, 2019, at 9 pm ET/PT when Quad and Greg face off, revealing the shocking truth about their marriage. Later, the group deals with the fallout from Quad and Greg’s confrontation and divisions are drawn. Meanwhile, Toya and Contessa’s friendship comes to a head.

The “Married to Medicine” season finale premieres on, Friday, December 14, 2018, at 9 pm ET/PT. Simone and Cecil try to recover from their date night, which took a turn for the worse. Meanwhile, before the walls are put up in their new house, Toya and her family write scriptures on the foundation. Concurrently, Jackie follows Toya’s lead and decides to build her dream house to create a fresh start with Curtis. With Aydin recovering, Mariah hosts the party event of the season, as all the ladies come together to celebrate Docs on the Dock.