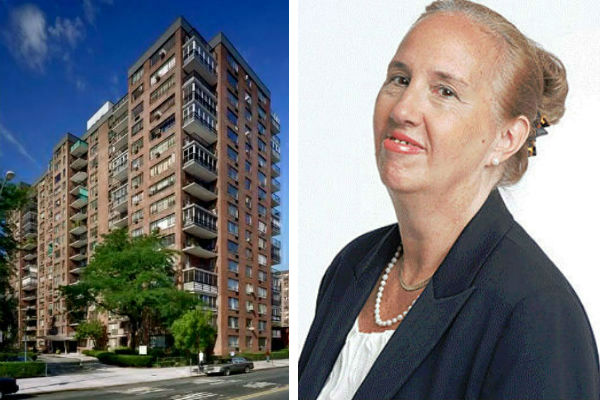 Today, Manhattan Borough President Gale Brewer recommended against adopting a proposed plan to demolish several buildings in the Lenox Terrace development and replace them with new luxury apartments and overscale retail stores. Brewer’s decision echoes a rejection of the plan by Manhattan Community Board 10 last month. The rezoning application, filed by the Olnick Organization, owners of Lenox Terrace, is also opposed by the Lenox Terrace Association of Concerned Tenants (LT-ACT), which represents tenants in the development.

Brewer was unequivocal in her condemnation of the proposed rezoning project. In her comments to the Department of City Planning, she said, “There are few instances where a development the scale of the one proposed to be viewed as responsible. The Proposed Project lacks the public and private investments necessary to make it a prudent exercise of planning for future growth.”

Brewer’s opposition statement also spoke to size and scale of the project: “The proposed project is expected to take place on a single development site. It is expected to create 1,700 DU’s [dwelling units], a population increase of approximately 4,000. That is nearly half the amount of the East Harlem Rezoning (3,500 DU’s) to the south of the Project Area, and 40% of the size of the Inwood Rezoning (4,908 DUs) to the north. However, the East Harlem rezoning covered 69 square blocks; Inwood covered 62. By comparison, the increase in housing units and population expected at this site will occupy just 3 square blocks, and cause a disproportionate impact on local residents, infrastructure, economy, and educational resources.”

“I commend and thank the Manhattan borough president for her true leadership and unwavering support for tenants in opposing this monstrous rezoning proposal,” said LT-ACT President Lenn Shebar about Brewer’s “no” recommendation.

Brewer’s recommendation comes after a public hearing with testimony by numerous residents and elected leaders in opposition to the rezoning. In addition to LT-ACT, Public Advocate Jumaane Williams, State Sen. Brian Benjamin, former Assemblymember Keith Wright and representatives from the offices of Comptroller Scott Stringer and Councilmember Bill Perkins all spoke against the proposal.

At the hearing, Perkins distributed a second letter of support for Lenox Terrace residents and opposition to the rezoning, noting the original development’s historical and cultural importance, the negative impacts the new development would have on the area, and the many ways in which “the Olnick Organization has shown itself to be a bad player in this community.” U.S. Rep. Adriano Espaillat, State Sen. Benjamin, Assemblymember Inez Dickens and former Gov. David Paterson have also provided letters supporting LT-ACT’s fight against the Olnick proposal.

“On Monday, November 18, 2019, the Manhattan Borough President conducted a public hearing on this application at the Lt. Joseph P. Kennedy Community Center, a site within the Project Area. Approximately 200 people attended and approximately 70 people presented testimony.

“The overwhelming majority of those who testified spoke in opposition to the rezoning plan. Most speakers called for a wholesale rejection of the proposed development. Much of what was said mirrored the concerns expressed in the Community Board 10 recommendation.”

“The Borough President has sided with the tenants of Lenox Terrace and the broader Central Harlem community against this unwanted and harmful development,” said Daniel Carpenter-Gold, staff attorney for TakeRoot Justice, which represents LT-ACT. “We’re grateful to Gale Brewer for calling out Olnick’s bad behavior as a landlord and as an applicant.”

The application now goes to the City Planning Commission for review. The Commission voted last week to hold a public hearing at the earliest possible time, Wednesday, December 18, 2019, at 10 A.M. Lenox Terrace residents expressed dismay at the rushed public hearing. Were the commission interested in maximizing public participation in this process, it could have held the hearing after New Year’s, leaving it plenty of time to collect statements and come to a decision by the beginning of February. The hearing will be held in the basement of 120 Broadway, any person may speak for a maximum of three minutes on the issue.