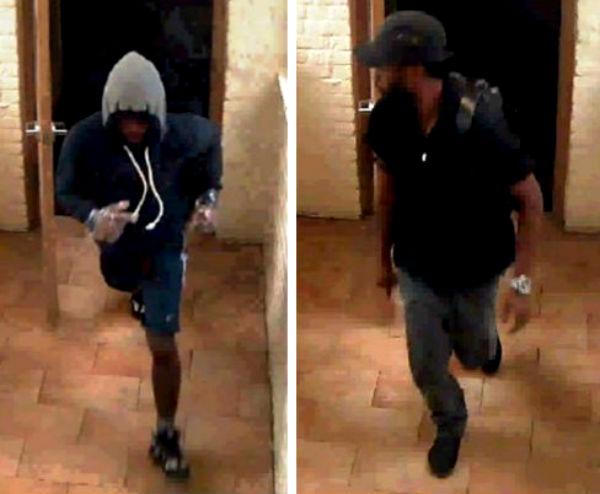 The NYPD is trying to identify two men (seen above) involved in an East Harlem home invasion-style robbery, police said.

A 26-year-old man was inside his apartment on East 108th Street and Fifth Avenue on the morning of August 31, 2018, when two men barged in through an unlocked front door, police said. The unknown men pointed guns at the resident, forced him into a back room and tied up his hands, police said.

The men then looted $1,000 cash and an iPhone from the apartment before fleeing the scene, police said. The apartment’s resident refused medical attention at the scene of the robbery, police said.