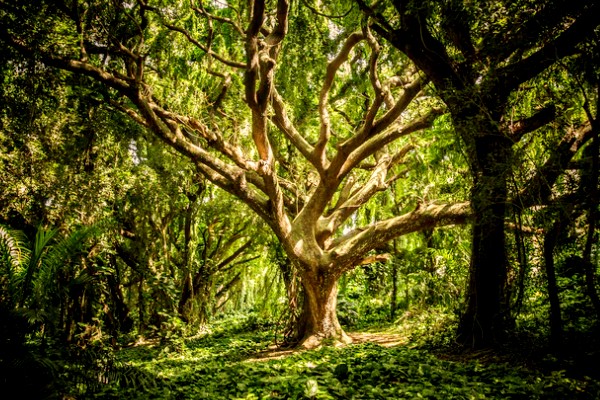 The projects will work with wind, solar and hydropower projects from upstate New York and Canada. The announcement is made possible by New York City’s commitment to purchase electricity to power City government with fully clean and renewable power.

If approved, these infrastructure projects will create approximately 10,000 family-sustaining jobs statewide and bring $8.2 billion in economic development investments, including developer-committed investment to support disadvantaged communities, once completed, to help accelerate the City State’s economic recovery from COVID-19. This announcement will help reduce the City’s reliance on fossil fuels, lower carbon emissions and significantly improve air quality and public health in disadvantaged communities and will help meet the Mayor’s commitment to power City government operations with 100% clean and renewable electricity by 2025.

“This is a transformative moment for New York City’s fight against climate change,” said Mayor Bill de Blasio.”Two new transmission lines connecting New York City to electricity from water, the wind, and solar will create thousands of good union jobs, improve the resilience and reliability of our power supply, and dramatically reduce our reliance on oil and gas electricity that dirties the air in our neighborhoods and endangers our planet. Thank you to Governor Hochul and NYSERDA for their partnership, and we look forward to working closely together to join in this landmark award and fulfill our commitment to power New York City government operations with 100% clean and renewable electricity by 2025.”

“New York’s communities are repeatedly facing serious consequences as a result of the devastation caused by the global climate crisis, and the stakes have never been higher as we deal with the economic and environmental destruction these extreme weather events leave behind,” said Governor Kathy Hochul. “These transformative projects are a win-win—delivering thousands of new good-paying jobs throughout the state and attracting billions of dollars in private investment. They also help us turn the page on New York City’s long-standing dependence on fossil fuels and will ensure millions of New Yorkers, especially those living in our most vulnerable communities, can have the promise of cleaner air and a healthier future.”

The projects were selected for contract negotiation as part of the New York State Energy Research Development and Authority’s (NYSERDA) Tier 4 renewable energy solicitation issued in January. Once finalized, NYSERDA will submit the negotiated contracts for these awarded projects to New York’s Public Service Commission for consideration and approval. If the Tier 4 contract is approved, NYSERDA payments under this award will not commence for each respective project until the project has obtained all required permits and local approvals is constructed and deliver power to New York City, which is expected to begin in 2025 for CHPE and 2027 for CPNY.

“We are ending the age of fossil fuels,” said Ben Furnas, Director of the Mayor’s Office of Climate and Sustainability. “These transformative investments to bring clean electricity into New York City will clean our air, create great jobs, and protect our planet. This is a generational crisis, and New York City and New York State are rising to the challenge.”

NYSERDA President and CEO Doreen M. Harris said, “Investing now in these major renewable energy infrastructure projects will bolster the state’s economic recovery at a time when New Yorkers truly need it and will accelerate our progress in providing clean, resilient, renewable energy to some of the state’s most densely-polluted and underserved communities. Under Governor Hochul’s leadership, New York is using every tool at its disposal, including this impactful large-scale renewables and infrastructure program, to accelerate our progress towards the State’s nation-leading climate and clean energy goals while harnessing the power of the wind, sun and water to spur private investment, economic development and job creation across the state.”

“New York is taking a bold step towards decarbonization,” said Hydro Québec President and CEO Sophie Brochu and DI CEO Don Jessome. “By selecting the CHPE transmission line project, the State will be reducing carbon emissions as soon as 2025 and building the long term backbone infrastructure needed to support local renewable energy, all the while making sure that local communities receive direct benefits. We are honored that our permitted, fully buried, construction-ready transmission project has been chosen to join other important renewable projects as the State and City work toward achieving their important climate mandates. We commend Governor Hochul, NYSERDA President and CEO Doreen M. Harris, Mayor de Blasio, and the many leaders in New York City, the State Senate, and Assembly and local communities for their commitment to bringing new clean energy to New York State. We look forward to quickly delivering the project’s benefits, including new jobs, cleaner air, new tax dollars, and increased economic activity to New York State as soon as possible.”

Clean Path NY leaders Jeff Blau of energy, Michael Polsky of Invenergy, and Gil C. Quiniones of the New York Power Authority said, “Clean Path NY is the most significant U.S. renewable energy infrastructure investment in this century and a defining project for the advancement of clean energy in New York – one that will dramatically reduce carbon emissions, catalyze green jobs across the state, provide crucial environmental justice benefits and fundamentally change the way our State is powered. Pairing innovative wind, solar, and storage projects with state-of-the-art transmission to bring clean energy directly to New York City, Clean Path NY will be a truly transformative renewable energy project. We thank Gov. Hochul for her leadership and NYSERDA for their partnership, and we look forward to delivering Clean Path NY for the benefit of all New Yorkers.”