“Made In Harlem: Black Theater” At Maysles Cinema In Harlem 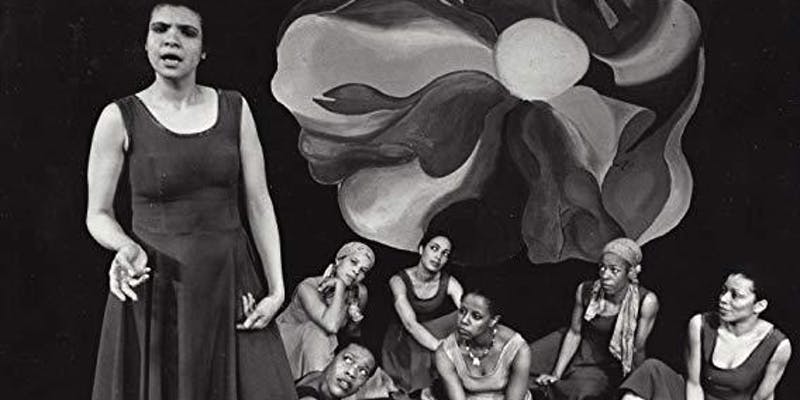 Black Theatre: The Making of a Movement documents the birth of a new theatre out of the Civil Rights activism of the 1950s, ’60s and ’70s. It is a veritable video encyclopedia of the leading figures, institutions and events of a movement that transformed the American stage.

Amiri Baraka, Ossie Davis, James Earl Jones, and Ntozake Shange describe their aspirations for a theatre serving the Black community. Excerpts from A Raisin in the Sun, Black Girl, Dutchman and For Colored Girls reveal how these actors and playwrights laid the basis for the Black theater of the present.

In the wake of the assassination of Martin Luther King (April 4th, 1968) and the subsequent riots throughout America’s tapestry of urban centers – a fruitful reformer’s zeal possessed the U.S. which lead in part to the dawn of Black and Ethnic Studies programs and the first community colleges. More locally in Harlem, the Studio Museum was founded, as well as the National Black Theater, and El Museo del Barrio. As well in 1968, galvanized by the assassination of MLK, the New York City Ballet’s first African American star Arthur Mitchell (1934-2018) began teaching at the Harlem School of the Arts, and formed what would become the Dance Theater of Harlem in 1969.

Made in Harlem: Class of ’68 unpacks and explores the period before, during, and after the birth of these key cultural institutions in Harlem, as well as their impact, a period where Black Power, the Civil Rights Era, and Black Arts Movement coalesced and helped forge new aesthetics, politics, understandings and philosophies – the legacy of which is found everywhere throughout the planet in the early 21st century.

As Harlem, the United States, and the planet goes through rapid transformation there is hunger and yearning for context, understanding and literacy of our shared, and often erased history. This is an opportunity to quench that thirst. Made in Harlem is programmed by Jessica Green.

This series is supported by the West Harlem Development Corporation.