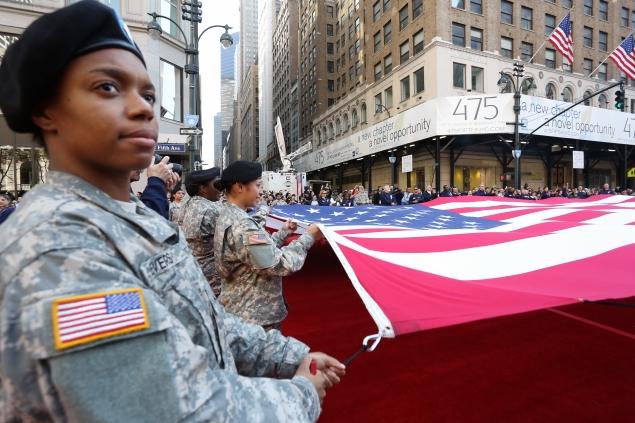 This July, Macy’s and its customers nationwide will pay special tribute to the men and women of the U.S. Armed Forces with a charitable round-up campaign, “Macy’s Salutes Those Who Serve,” to support active duty military, veterans and military families.

From Monday, July 1 through Thursday, July 18, Macy’s shoppers are invited to round up their in-store purchase amount to the nearest dollar (up to $.99) and donate the change. One hundred percent of the donations will benefit two veteran and military family-focused organizations: Blue Star Families and Bunker Labs. These charities focus on a number of programs that support current and former members of the U.S. Armed Forces and their families, providing access to career development, caregiver support, entrepreneurship, and business growth opportunities, among other services.

For the first time, “Macy’s Salutes Those Who Serve” marketing campaign features three military veterans and a military family highlighting ways Bunker Labs and Blue Star Families organizations have played a role in their lives, whether to grow and establish their businesses or build community support. For additional details and testimonials of these inspiring veterans and military family, click here.

Since 2013, Macy’s has helped raise awareness, pride, appreciation and more than $11 million for America’s veterans and military families. To learn more about the veterans and “Macy’s Salutes Those Who Serve” campaign, click here.