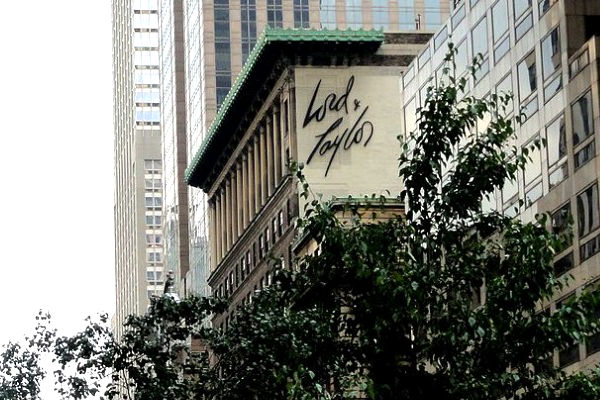 Iconic New York retailer Lord & Taylor that started in 1826 (one hundred and sixty eight years after Harlem was founded), is just months away from the permanent closure of its 5th Avenue flagship, and the store’s final closing sale is set to begin today.
Parent company Hudson’s Bay Co. announced last fall that it was selling the Lord & Taylor 5th Avenue store to co-working space company WeWork, saying at the time that it would continue to operate a smaller-scale Lord & Taylor location on the bottom floors of the building.

But eight months later the retailer said it had decided to shutter the store completely after the 2018 holiday season.

Now, the closing sale of the 104-year-old flagship store is slated to begin this week, according to CBS New York, and will include major discounts on apparel and accessories throughout the end of the year.

According to local news reports, Lord & Taylor also is changing up its holiday window display, scaling back from six displays to two and dedicating them to the New Yorkers who’ve been loyal shoppers.

In addition to announcing the NYC flagship closure, Hudson’s Bay said in its first-quarter results that it expects to close up to 10 Lord & Taylor stores nationwide through 2019 as part of its plan to reduce costs and improve the overall performance of the business.

The company partnered with Walmart.com this spring to roll out a flagship L&T store on the retail giant’s website featuring more than 125 brands.