Like Marcus Garvey’s SS Shadyside, Lieutenant Kennedy’s PT-59 ‘At The Bottom Of The Harlem River’ (Updated) 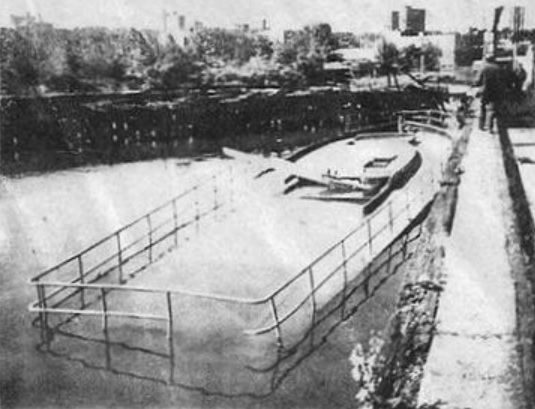 In an article from 2014, Harlem World Magazine wrote that Harlem’s Marcus Garvey’s SS Shadyside sank in the Harlem River in 1921.

Afew years back we read that one of the two torpedo boats John F Kennedy heroically commanded during World War II the PT 109 and the PT 59, that could be at the bottom of the Harlem River.

The PT-59 had remained in the Solomon Islands, east of Papua New Guinea for nearly nine months after Kennedy left military service and in August 1944 the boat was transferred to Rhode Island. In October of that year it was reclassified as a small boat and renumbered C102583. A few months later, it was moved to the Philadelphia Naval Station.

The PT-59 was declared Army surplus and on March 21, 1947, it was sold to Gus Marinak, who renamed it “Sun Tan” and used it as a party boat for weekend fishermen. Little did they know that the future president of the United States had commanded the vessel during World War II.

Marinak sold the boat to Donald Schmahl, who renamed it “Sea Queen V” and used it for commercial fishing trips. In the late 1960s, the vessel made of steel and wood caught fire and was declared destroyed.

William Doyle had heard rumors online of the boat’s location, so in January 2016 he started trying to trace it, according to the New York Post.

Vintage News reports that 59-year-old Doyle published a biography of Kennedy called PT-109: An American Epic of War, Survival, and the Destiny of John F. Kennedy, named after Kennedy’s better-known World War II torpedo boat. In the book, the PT-59 was mentioned and that mention sparked Doyle’s interest in locating the PT-59 at the boat was at the bottom of the Harlem River off 208th Street near Inwood.

The story goes that Burke purchased the PT-59 in 1969 for $1,000, brought it to the Harlem River, and docked it at 208th Street. He started renovating the vessel, as he wanted to transform it into a houseboat. After researching the boat’s number, he learned that its original name was PT-59. 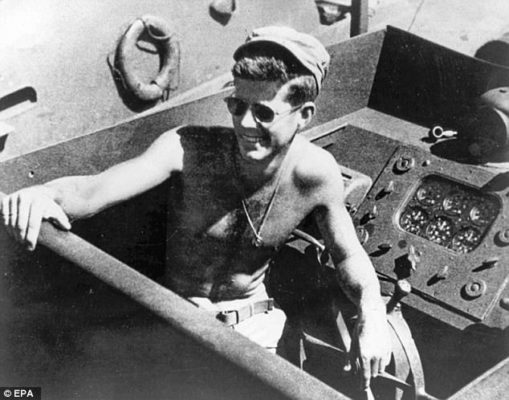 Burke contacted the Kennedy Library and other groups in an attempt to sell the boat, but he wasn’t successful. Aubrey Mayhew, a collector of JFK memorabilia, offered $5,000 to buy the vessel, but due to a misunderstanding, the sale fell apart. Doyle suggests that Burke let the boat sink “so it would be less of a hazard,” (and possibly for insurance purposes).

Doyle was now convinced that it was the PT-59, so he and his neighbor Fred Mamoun set out to investigate the presumed site on the Harlem River. They spotted some wood poking out of the water and came to the conclusion that it was part of PT-59’s hull.

Doyle obtained wood samples from the boat.  Analysis showed that the wood matches the materials used in constructing PT boats during that time.

As Doyle told the New York Post, he “is ‘99.99 percent’ sure that it is JFK’s PT-59, and he hopes that the John F. Kennedy Presidential Library and Museum will salvage it.”

As of this writing, Doyle believes that Kennedy’s little-known PT 59 is stuck at the bottom of New York City’s Harlem River near 208th Street in a railroad yard.

Kennedy, whose 100th birthday is May 29th, used his experience on the PT 109 during the war for his presidential campaign, but according to Doyle, ‘he almost never talked publicly about what he did aboard the 59’, the Post reports.

And while his heroics on the PT-109 have been well-remembered, in November 1943, Kennedy rescued 10 Marines on the PT-59 when Japanese infantrymen were chasing American soldiers in the Solomon Islands. 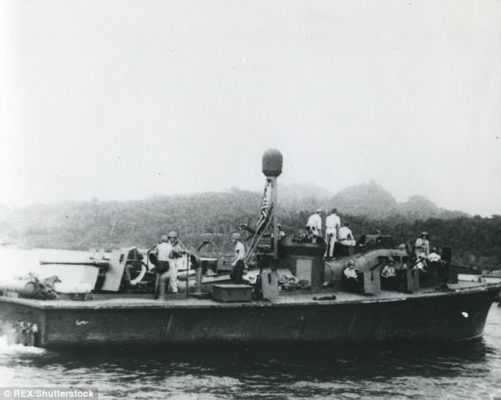 In May 2017, Kennedy biographer Doyle announced preliminary explorations in the Harlem River near 208th Street indicated a strong possibility that PT-59 could be found and recovered. He is looking to raise funds from Kennedy focused organizations to fully explore the area.

He said he hopes an organization devoted to Kennedy will be the one to excavate it.

Editor’s note: Harlem World Magazine has written a number of times in the past that there is a great opportunity to create a Harlem History Museum with relics like Marcus Garvey’s SS Shadyside, Kennedy’s PT 59 and other incredible historical objects that could be included.