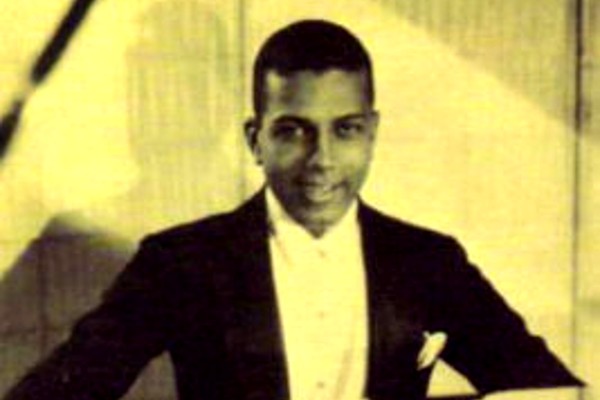 When the hit television series Downton Abbey* added Jack Ross, a jazz cabaret singer, to its cast, few viewers on this side of the pond realized that the role of Jack Ross was based on a real-life personage, Hutch.

Born in Gouyave, Grenada, in 1900 to George Hutchinson and Marianne (née Turnbull), Hutch took piano lessons as a child.

He moved to Harlem, New York in his teens, originally to study for a degree in medicine as he had won a place due to his high aptitude, and began playing the piano and singing in bars and clubs.

In Harlem, Hutch joined a black band led by Henry “Broadway” Jones, who often played for white millionaires such as the Vanderbilts, attracting the wrath of the Ku Klux Klan.

In 1924 Hutch left America for Paris, where he had a residency in Joe Zelli’s club and became a friend and lover of Cole Porter. He probably got this work through Edwina Mountbatten, who is likely to have first met him in Harlem.

Encouraged by Edwina Mountbatten, he came to England in 1927 to perform in a Rodgers and Hart musical, and soon became the darling of society and the population in general.

Hutch was a favourite singer of the then Prince of Wales (later King Edward VIII). Hutch was one of the biggest stars in Britain during the 1920s and 1930s, and was, for a time, the highest-paid star in the country.

He was regularly heard on air with the BBC. One of his greatest hits was “These Foolish Things”.

In spite of his popularity, Hutch could not escape racial prejudice:

“He bought a Rolls-Royce, a grand house in Hampstead, patronised London’s best tailors, spoke five or six languages and was on friendly terms with the Prince of Wales. But he was still a black man in an era of racial discrimination. When he entertained at lavish Mayfair parties, his fee was large, but he was often obliged to go in by the servants’ entrance. This embittered him.” (Thornton)

Hutch recorded several of Cole Porter’s songs, including “Begin the Beguine” and Porter’s list song “Let’s Do It (Let’s Fall in Love)“, to which he supposedly made up some 70 new verses.

Hutch was “one of the first stars in Britain” to volunteer to entertain the troops at home and abroad during World War II, but he received no formal recognition for his service, and his name would never appear in any Honours list. 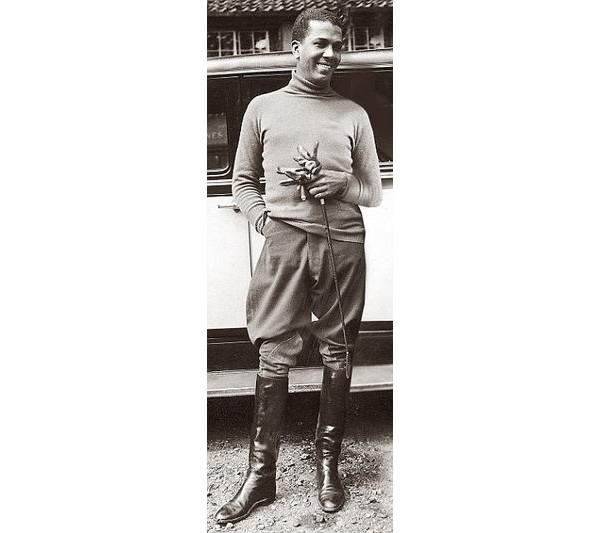 In 1930, one of Hutch’s mistresses, British debutante Elizabeth Corbett, was discovered to be pregnant with his child.

Her family tried to hush up the affair, hastily marrying Corbett off to an army officer, and attempting to pass off the child as his.

When the child was born, however, and discovered to be of mixed race, Corbett’s husband refused to acknowledge her as his own. She (Gabrielle) was put up for adoption and Corbett’s outraged father sued Hutch.

Hutch is rumoured to have had a lengthy affair in Princess Marina, the Duchess of Kent (the aunt of the Queen) and later Princess Margaret, the Queen’s youngest sister, and in the mid-1930s with Edwina Mountbatten.

The rumour scandalized the British upper classes, becoming the subject of tabloid news, and an embarrassment to Lady Mountbatten’s royal in-laws.

The Mountbattens sued the tabloids for libel. As a result of the scandal, Hutch was shunned by many of his former patrons.

“After The People case, Buckingham Palace refused to have him on any Royal Command Performance bill, and Lord Beaverbrook gave orders that Hutch’s name was never to be mentioned again by any of his papers.” (Thornton)

Another of his reported mistresses was actress Tallulah Bankhead — an openly bisexual Golden Age Hollywood actress.

Hutch may have been bisexual and was alleged to have had relationships with Cole Porter, Ivor Novello, and Merle Oberon.

Leslie Hutchinson suffered from ill-health in his later years and died in London from pneumonia on 19 August 1969. Forty-two people attended his funeral.

On 12 October 2012, an English Heritage blue plaque in commemoration of Hutch was unveiled by his daughter Gabrielle Markes at 31 Steele’s Road, Belsize Park, his home from 1929 to 1967.

In November 2016, Hutch was featured in episode four of the BBC series Black and British: A Forgotten History, titled The Homecoming, presented by historian David Olusoga.

On the occasion of the programme, a plaque was unveiled by his children and extended family at Mayfair restaurant Quaglino’s, where he used to perform later in his career.