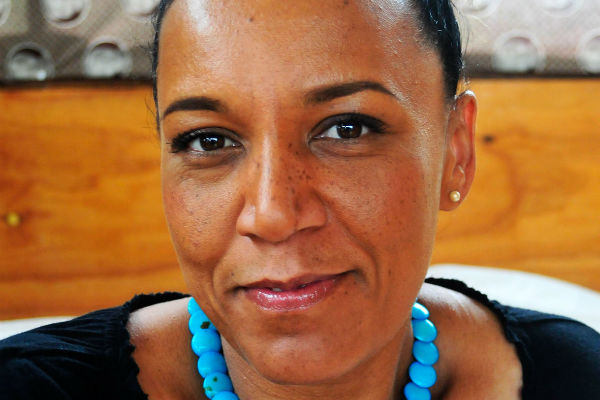 Lesley Lokko, Ghanaian-Scottish architect, academic, and novelist has resigned from her position as dean of the Bernard and Anne Spitzer School of Architecture at the City College of New York (CCNY) in Harlem, NY.

Lokko was appointed to the role in June 2019 after the institution had been without a dean for four years, said Architectural Record, who was first to break the news.

Prior to her role as dean, Lokko taught and practiced architecture for 25 years in schools across the United Kingdom, United States, and South Africa. She is best known for her work on the relationship among race, cultural identity, and the speculative nature of African architectural space, and she has lectured widely in Europe, the United States, Australia, and across Africa.

Before joining CCNY she was the director of the Graduate School of Architecture at the University of Johannesburg, a school she set up in 2015 with 11 postgraduate students and that has since grown to more than 100 students, making it Africa’s largest dedicated postgraduate school of architecture.

“Dr. Lokko’s broad global experience and fresh perspectives will be a major asset to the school and the college, further moving the Spitzer School toward its mission of preparing students to conceptualize and design sustainable, equitable and beautiful buildings, neighborhoods and cities,” said Gordon Gebert, interim dean of the Bernard and Anne Spitzer School of Architecture, at the time of Lokko’s appointment.

“She is exactly the leader we need to bring renewed energy and define an exciting new vision for the Spitzer School as we celebrate the 50th anniversary of the school’s founding,” reported a source.

As for the reason of her resignation, Lokko shared a brief explanation in a statement with Architectural Record.

“My decision to leave Spitzer after less than a year is fairly straightforward: I was not able to build enough support to be able to deliver on either my promise of change, or my vision of it. The reasons why are more complex.”

The lack of meaningful support—not lip service, of which there’s always a surfeit—meant my workload was absolutely crippling. No job is worth one’s life and at times I genuinely feared for my own. Race is never far from the surface of any situation in the U.S. Having come directly from South Africa, I was not prepared for the way it manifests in the U.S. and quite simply, I lacked the tools to both process and deflect it.

The lack of respect and empathy for Black people, especially Black women, caught me off guard, although it is by no means unique to Spitzer. I suppose I would say in the end that my resignation was a profound act of self-preservation,

The lack of respect and empathy for Black people, especially Black women, caught me off guard, although it is by no means unique to Spitzer. I suppose I would say in the end that my resignation was a profound act of self-preservation,” she wrote.

Part of it has to do with COVID-19 and the rapid lockdown, which occurred after only three months in post. It’s hard enough to build social capital in a new place without having to do it over Zoom. Part of it too has to do with the wider inflexibility of U.S. academic structures. In an incredibly bureaucratic and highly regulated context, change is as much administrative as it is conceptual.

Soon Lokko was working 18-hour days, seven days a week to get everything done, she said. And while some have accused her of “playing the race and gender cards,” she said, “in reality, this is so familiar to so many women, and women of color, who wind up literally working themselves to death, trying to achieve what they said they were going to achieve without infrastructural support.”

Inside Highered stated, that Lokko’s letter has hit home with many academic women of color, working across fields, who say that too many institutions still see diversity as a matter of recruitment, not climate and retention. Roxane Gay, writer and associate professor of English at Purdue University, said that “Nearly every black faculty member in this country could resign like this.” Monica Cox, professor of engineering education at Ohio State University and career consultant, said Lokko’s story reminded her of how institutions “play” diversity without really engaging in it.

Inside Highered wrote, COVID-19 only made things worse, of course, diverting attention and resources away from the new curriculum. It’s harder to build rapport with team members over Zoom than it is in person. And Lokko also lost a supporter in Michael Sorkin, a distinguished professor at Spitzer who’d worked hard to bring her on board before his death from coronavirus in March.