Legendary Soprano Jessye Norman’s “Sissieretta Jones: Call Her By Her Name!” Gets Funding 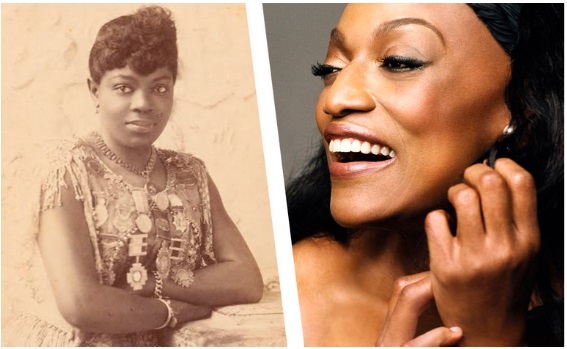 Woke Up Famous, LLC, has been awarded the second of two special grants by the Ford Foundation to develop the late legendary soprano Miss Jessye Norman’s (1945-2019) passion project, “Sissieretta Jones: Call Her By Her Name!”

Jessye Norman, along with producer Adina Williams and lyric coloratura soprano Harolyn Blackwell brought their collective gifts together after years of friendship, research, and conversation to form Woke Up Famous, LLC in 2019, inspired by the singular vision to shine a light on an artist and woman of color whose voice in history and her story cannot be silenced, Matilda Sissieretta Joyner Jones (1868-1933)—the first African-American woman to headline a concert on the main stage of Carnegie Hall!

The initial Ford grant in 2019, supported Miss Norman and her creative partners’ joint vision to advance the groundbreaking efforts illuminated during Miss Norman’s unprecedented three- week series of concerts and readings held at Carnegie Hall in 2009, “HONOR! A Celebration of the African American Cultural Legacy.” Fast-forward to December 17, 2018 when Miss Norman enthusiastically shared with her captivated audience at the special benefit concert, “An Evening Honoring Jessye Norman,” presented at creative incubator National Sawdust and supported by the Rolex Institute:

“I wanted…at the time that I was given the privilege of curating a festival at Carnegie Hall…in March of 2009, when we started planning this in late…2006, one of the things I wanted to include was this lady (Miss Norman looking proudly at a book on the life of Sissieretta Jones, which she kept close to her throughout the question-and-answer session). We weren’t able to at that time but now we are on the track. We’re doing it! Absolutely!”

About her decision to undertake the project, Jessye Norman explained:

“Various wise spirits have invoked the idea that it is necessary to know from where you have come in order to know where you are going. I take this to mean that respect and celebration of our ancestral and historical roots are paramount to the growth of our own hopes and dreams. The legacy of Sissieretta Jones is a bright light that shows us the way. Amen.”

Following up on the first Ford Foundation grant, which empowered Miss Norman and her creative partners to form the LLC, design the website wokeupfamousllc.com/welcome, capture oral history from Madame Jones’ oldest living descendant Dr. Willia E. Daughtry, and organize a summit with the University of Michigan’s University Musical Society and Washington Performing Arts leadership, the second award will help further Miss Norman, Ms. Williams and Ms. Blackwell’s shared dream of realizing the full, multi-media production of “Sissieretta Jones: Call Her By Her Name!”

“Sisseretta Jones: Call Her By Her Name! and Co-Artistic Director, Ms. Harolyn Blackwell, will be featured on June 24th, 2020, on the PBS American Masters Trailblazer’s Initiative, “UNLADYLIKE2020”: www.unladylike2020.com/.

“I am forever grateful to Jessye for introducing me to Sissieretta Jones during her ‘HONOR!’ concert at Carnegie Hall. Jessye has been a role model for me and many artists of color. Yet, it is Sissieretta Jones who paved the way for all of us women of color to aspire to become classical singers. It has taken 150 years, but we are ready to introduce the world to our beautiful and strong beacon of light in Sissieretta Jones: Call Her By Her Name!”

A video from Carnegie Hall:

“We are so very grateful to Mr. Darren Walker and our Ford Foundation colleagues. This special support provides dear Harolyn and I the incredible opportunity to help realize Miss Norman’s dream of giving voice to her great inspiration, Madame Sissieretta Jones, for a new generation. To the legion of family members, friends, collaborators, and admirers of Miss Norman are the worlds over who have graciously reached out, I say without hesitation that we will proudly go forth with “Sissieretta Jones: Call Her By Her Name!” with all the artistic and scholarly rigor and care that our dear Miss Norman would expect of us! BRAVA!”