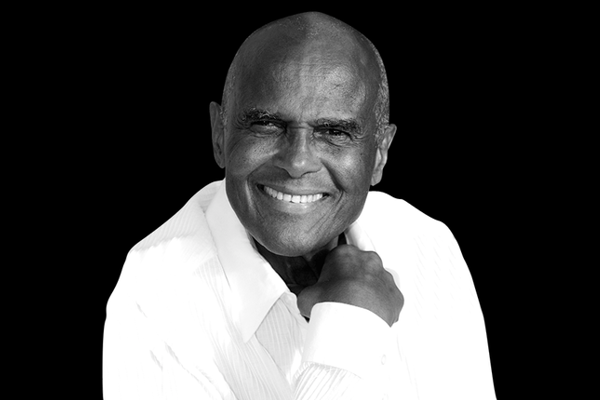 The Harlem School of the Arts, today announced the addition of esteemed Harlem cultural icon

and civil rights activist, Harry Belafonte, to its Advisory Council.Mr. Belafonte, who was born in Harlem but grew up on the Island of Jamaica, joins an eclectic list of influential names, with diverse experience, expertise, and insight, who provide guidance and serve as stewards of this historic cultural institution.

“…artists are the gatekeepers of truth, they are civilization’s radical voice.”

It seems fitting that the 56-year-old organization, founded by an artist Dorothy Maynor, in answer to a significant need in her community, has now attracted the interest of Mr. Belafonte, an ardent proponent of the arts as a tool for transformative change. Mr. Belafonte has said that his life has been guided by his mentor, Paul Robeson’s words, “artists are the gatekeepers of truth, they are civilization’s radical voice.”  Throughout his storied career, Mr. Belafonte has been known for using his artistic platform to champion a wide variety of civil and human rights causes, and to call attention to social justice issues.

Responding to the news, Charles J. Hamilton, Jr., Chair of the HSA Board of Directors had this to say, “Harry Belafonte is one of our country’s treasures, a hero of the Civil Rights movement, a celebrated, award-winning performer who has deeply influenced American culture and the world. We are extremely honored to welcome him to the Advisory Council and to the HSA family.”

“We at HSA, could not be prouder to have Harlem’s own, Mr. Harry Belafonte, add his name in support of the institution, and its mission to provide children in the Harlem community, and all across the tri-state area, with access to quality, world-class training and a rich multidisciplinary artistic experience.”

Eric Pryor, president of the organization added, “We at HSA, could not be prouder to have Harlem’s own, Mr. Harry Belafonte, add his name in support of the institution, and its mission to provide children in the Harlem community, and all across the tri-state area, with access to quality, world-class training and a rich multidisciplinary artistic experience.”

Mr. Belafonte’s decision came after a conversation with his good friend, award-winning musician, Herb Alpert.  “When I asked Harry if he would consider being on the advisory board, without hesitation, he said ‘I happily say yes’…We are honored.”

The legendary trumpeter and his wife, Grammy Award-winning vocalist and author Lani Hall Alpert, have demonstrated their philanthropic commitment to the arts community, investing millions in support of arts education programs and organizations that include the Harlem School of the Arts.  Over the past decade, the institution has been the beneficiary of over $17 million dollars in funding from the Herb Alpert Foundation, including $9.5 million dollars for the renovation and modernization of the institution’s 37,000 square foot facility, which is now nearing completion.

New York City’s premier community arts institution, the Harlem School of the Arts at the Herb Alpert Center stands uniquely apart as the sole provider of arts education in four disciplines: music, dance, theatre, and art & design, all within our award-winning 37,000 square foot facility.  The School’s reputation for artistic rigor and excellence attracts students of diverse socio-economic and ethnic backgrounds from the five New York City boroughs as well as Westchester County and the tristate area, which includes Connecticut and New Jersey. HSA’s alumni and faculty are counted among the most talented leaders in the arts.

For over 50-years HSA has enriched the lives of tens of thousands of people through world-class training in the arts. HSA offers its students the freedom to find and develop the artist and citizen within themselves in an environment that teaches discipline, stimulates creativity, builds self-confidence, and adds a dimension of beauty to their lives, empowering them to become creative thinkers and innovative leaders of tomorrow.