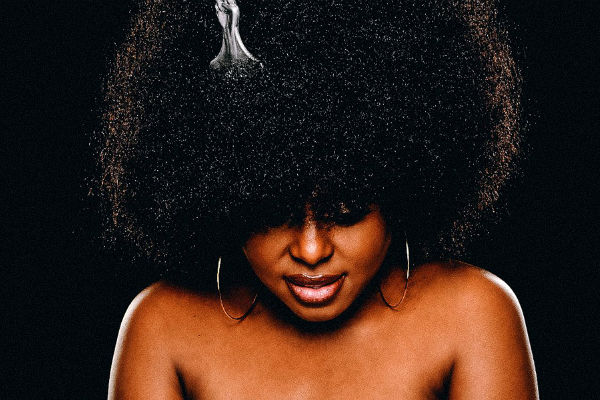 Join NJPAC for a soulful live-stream concert with Ledisi: Live at the Troubadour. The 13-time GRAMMY-nominated R&B powerhouse will perform songs from her new album, The Wild Card, and favorites that span her career.

Be one of the first to see Ledisi perform her new music via stream on Friday, December 18, 2020, at 9 PM EST by visiting this link to reserve your spot for only $25.00 LedisiVIP

Ledisi is a chart-topping singer-songwriter known for infusing her signature R&B vocals with a distinctly jazzy touch.

Ledisi also lent her talent to the acclaimed 2014 film Selma, in which she portrayed American music icon, Mahalia Jackson.

Ledisi is not only a singer and actress, but she’s also an author, playwright, film producer, and now CEO of her record label Listen Back Entertainment/BMG.

Thirteen-time Grammy Award nominee, Ledisi who released eight studio albums is set to perform at a live virtual concert where she promises a night of amazing music.

Ledisi is no stranger to a wide variety of musical influences; she is the daughter of Louisiana-based R&B singer Nyra Dynese and soul singer Larry Saunders, and is the stepdaughter of the late Joseph Pierce III, who was a drummer in the Crescent City.

Between the year 2000 and now, she has released eight amazing albums.

Her second album, Feeling Orange but Sometimes Blue won an award for “Outstanding Jazz Album” at the California Music Awards.

Later, she released her third album, titled Lost & Found, in 2007; it sold almost 217,000 copies and earned her two Grammy nominations.

Her fifth album Pieces of Me (2011) which debuted on the US Billboard 200 album chart is her highest-charting album to date.

The Pieces of Me video:

Her latest work is her virtual concert presented by Listen Black Entertainment and Omnis Player, an online streaming platform, owned by Ledisi which hold on 12th September 2020, where she plans on raising funds for Colour of Change, racial justice campaign organizers, Music Cares, An ally to the music community to help music people in need and Recording Academy, a leading society of music professionals.

This free virtual concert is much anticipated and promises to be an amazing night of music.

The musician is hoping to provide some healing in the best way she knows how.

NJPAC brings diverse communities together, providing access to all and showcasing the state’s and the world’s best artists while acting as a leading catalyst in the revitalization of its home city.

Through its extensive Arts Education programs, NJPAC is shaping the next generation of artists and arts enthusiasts.

NJPAC has attracted nearly 10 million visitors (including over 1.7 million children) since opening its doors in 1997, and nurtures meaningful and lasting relationships with each of its constituents.