Know The Side-Effects Of Excessive Use Of Smartphone 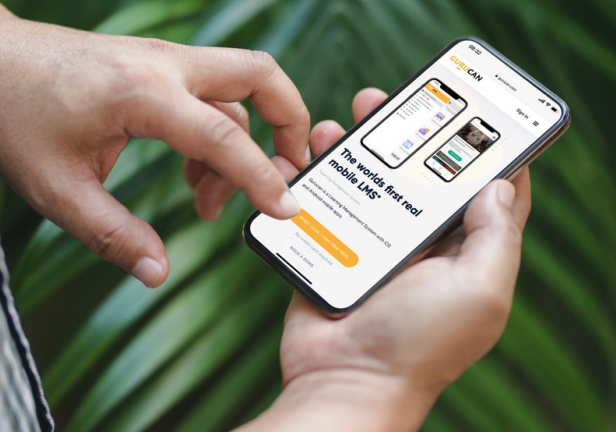 Since its invention, mobile technology has always been on the move and with every passing year, we have always seen some new technologies or the other coming up.

For a long, people were habituated with normal phones till the new form known as Smartphone came into the market. This new gadget named the Smartphone took the entire world by storm. Nowadays Smartphone has become an essential part of our daily life and people do many normal activities of the day from their Smartphone. The list includes a long one including banking, festival shopping, purchase of daily groceries, buying of air and rail tickets, and many more.

The biggest problem with mobile phones is having an always-available communication type response. Though it is true that all communications reach the sender quite fast sometimes it becomes quite disturbing when these notifications come when you are in the midst of a meeting with your CEO or having a serious business meeting with your junior colleagues. These types of sound notifications not only disturb the speaker, but also the other speakers of the room. These types of interruptions go on happening in family gatherings, offices, movie theatres, and also weddings. This thing is very disturbing and frustrating when you are working with your personal work. That is the reason many researchers and scientists prefer to keep their mobile phones switched off during their work time.

Smartphone or mobile phone is a distraction to our focus on many important works as it has become a real-time avenue of communication. Sometimes we are compelled to make many important phone calls, answer to a video call while doing some other important work. The distraction very often has a detrimental effect on class productivity or maybe on any serious office work. As per the Centers for Disease Control and Prevention (CDC) many people die in road accidents while getting distracted to any mobile phone call or making a video call. So, these distractions can also lessen your productivity to a great extent and can also have a risk on your life if you are speaking on the mobile while driving or when you are crossing the road across a risky busy crossing. The distraction of Smartphone on the road is taking so many lives that Governments across different countries are making laws banning speaking on the Smartphone while driving.

People are getting too much addicted to Smartphone and hence are getting isolated from the world of normal communication. People are getting so much involved in their world of Smartphone that forget the need of communication to the person sitting next to him. One such negative impact can be found among the children or a group of boys sitting together in a coffee table and playing games or replying to Whatsapp messages over their Smartphone. Just imagine a group of young children sitting together and not speaking to each other. They are all engaged in their world of Smartphone. In matters of relationship also, it can be found that a couple sitting together on a park bench and both are deeply focussed on their Smartphone instead of making love to each other. In such cases, it has been found that the relationship gets stressed to a great extent and many cases have been found where the relationship has broken down because of this too much engagement in the Smartphone.

Parents also complain that their children remain glued to the Smartphone, thus affecting their studies to a great extent. They spend hours on their Smartphone but only a few minutes on their study table.

There are many health-related problems associated with the use of Smartphone. Often it has been found that Smartphone users chatting late into the night and they are doing that continuously for many years. Due to continuous exposure to glary bright screen, many users are found to be suffering from eye-related problems. After taking specks, they continue doing the same thing for days and this increases their eye problem further. Many homes have opted for a Wi-Fi connection and it creates another set of skin problems. They create a series of network waves that are dangerous for the skin and can develop skin cancer in the long run.

Some people complain of sleeplessness after doing late-night chats for days and this leads to fatigue during day time. It can affect your daytime productivity to a great extent.

Another major problem which many people complain about after using the Wi-Fi connection for many years is infertility. Several cases of childbirth-related problems are being reported due to the over-exposure of their parents to the Wi-Fi environment. Hence Smartphone users have to be very cautious about their health problems while using the device for a long.

Smartphone industry is getting updated every month and they also come up with different attachments to the gadget. The companies, through their advertisements, will try to convince you that if you do not buy the latest gadget, you are a big loser. The phone companies are the most who make and try to make those accessories. These companies also continue adding more phones with added features once a year and also lure you to buy the latest one with more advanced features. This will result in the loss of your valuable money quite frequently. Spend as much as you need.