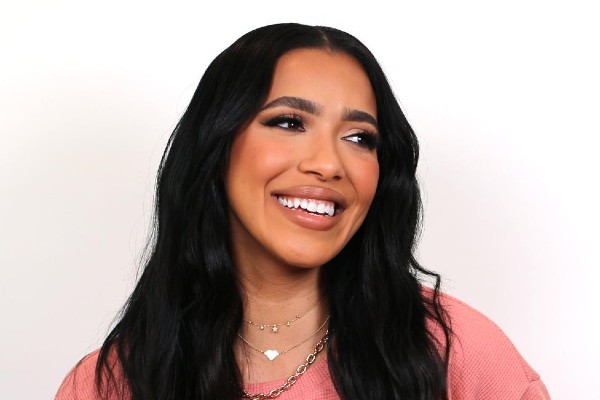 CLEO TV announced today they have inked a deal with entertainment company Kin to bring a brand new original lifestyle series to the network.

It’s Me, Julissa with television host and actress Julissa Bermudez. This fall, CLEO TV will air sixteen episodes, which Kin will also make available to viewers on social platforms including Facebook Watch, YouTube, and Instagram.

Fans know Bermudez from years of red carpet corresponding, hosting, and helping others tell their stories. In It’s Me, Julissa, she is finally turning the spotlight on herself and sharing her own journey! Whether she’s reminiscing on her New York upbringing, cooking up Dominican dishes, rehashing bad date drama, or working hard at launching her new body care brand República Skin, you’re invited to take part in it all. It’s a new chapter! It’s Me, Julissa will launch on digital platforms in September and will air on CLEO TV in October.

Michael Wayne, CEO of Kin, said, “Our amazing partnership with CLEO TV and TV One continues to grow with the launch of It’s Me, Julissa featuring the talented Julissa Bermudez. This marks the first time that Kin has developed an original show specifically for CLEO TV. Whether on TV or social platforms, we think Julissa will have fans excited to tune in every week, no matter where they are watching.”

Michelle Rice, President of TV One and CLEO TV said “CLEO TV really leans into amplifying new voices in the lifestyle and entertainment space, especially for women of color. It’s Me, Julissa perfectly aligns with our mission and also meets the needs of our audience who expect content that is relatable, informative, and entertaining.”

Julissa Bermudez is an actress and television host known for her roles in Hunters, Royal Pains, Danger One, Ringside, and All You’ve Got. Bermudez is also currently the host of the entertainment news show Central Ave. She was co-host of BET’s most popular music video countdown show 106 & Park, and former host of Jersey Shore: After Hours and related Jersey Shore specials and reunions. In addition, she co-starred alongside Adrienne Bailon Houghton in their own reality series, Empire Girls: Julissa and Adrienne. Bermudez has more than half a million followers across social platforms.

Julissa Bermudez said, “This opportunity is very exciting for me because I’ll be sharing more of my life in an unfiltered way. Most people just know me as Julissa the TV host and on this show, I’ll have the chance to bring them behind the scenes to get to know all of me.”

Each network has a unique audience that serves our viewers with fan favorites from TV One such as, Unsung, Uncensored, ATL Homicide, Urban One Honors, The Beat Don’t Stop When Love Kills: The Falicia Blakely Story, and The Bobby DeBarge Story. While CLEO TV, a lifestyle and entertainment network targeting Millennial and Gen X women of color deliver content that uplifts and inspires today’s, modern-day woman.