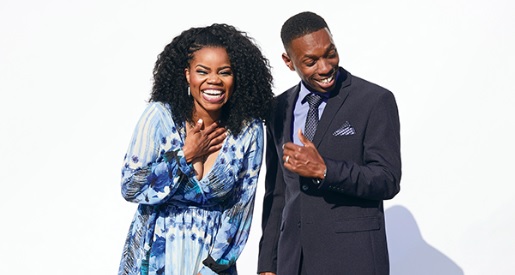 Join Kelly Jenrette and Melvin Jackson Jr., as they talk about the coming Emmy’s and their nominations, being empowered, how they met and much more, with host Danny Tisdale, on The Danny Tisdale Show.

Kelly Jenrette and Melvin Jackson Jr. are the “It” couple in Hollywood, both Kelly and Melvin are passionate, serious and committed to their craft, addressing the industry attention for superior work. They are the first African American married couple in history to both earn Emmy Award nominations in the same year. Kelly nominated for The Handmaids Tale, in the same category as Harlem lady Cicely Tyson, Viola Davis and Diana Rigg for “Outstanding Guest Actress, Drama.” Melvin is nominated as “Outstanding Actor, Short Form, Comedy Drama” for his singular “This Eddie Murphy Role is Mine not Yours.” And they are authors of an e-book The Adventures of Jimmy the Fly that you can get on Amazon.

Get more info at www.emmys.com