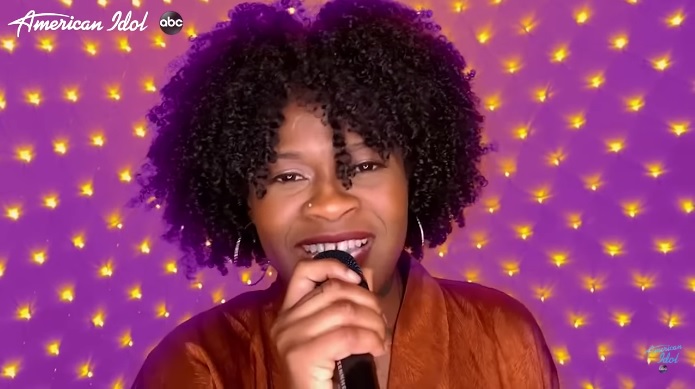 Just Sam learned of her victory virtually while in Los Angeles, where she stayed when filming of American Idol shut down in March because of COVID-19 and she was unable to return to her home in Douglass Houses because she feared to risk her grandmother Elizabeth’s health.

In a newsletter from Manhattan Borough President Gale Brewer Just Sam stated, “I am so proud of Samantha ‘Just Sam’ Diaz, a 21-year-old from Harlem, NY, who has won America’s hearts as their newest American Idol. Just Sam is a proud resident of Douglass Houses and she has worked all of her life to get to where she is. Her mother spent time in the justice system, and she was adopted, along with her sister, by their grandmother Elizabeth.

“I have enjoyed organizing New Yorkers to vote for her every week and have been so honored to lend a hand in uplifting her journey so that we as a borough and a city could come together to witness her powerful story and her stellar talent as she rose through the ranks to become the next American Idol. Thank you to the residents of Douglass Houses, particularly TA president Carmen Quiniones who has spearheaded much of the local energy and support for Just Sam.”

In its most recent season on ABC, “American Idol” dominated Sunday nights, ranking as the No. 1 entertainment broadcast program in Adults 18-49 and the most-watched show overall in its time slot, in addition to being Sunday’s No. 1 most-social show. With untapped talent still waiting to be discovered, the star-making series is set to return with an all-new season in February 2020. Returning to the iconic “American Idol” judge’s desk are music industry legends and all-star judges Luke Bryan, Katy Perry and Lionel Richie. Emmy® Award-winning host and producer Ryan Seacrest returns as host, and multimedia personality Bobby Bones will return as in-house mentor.