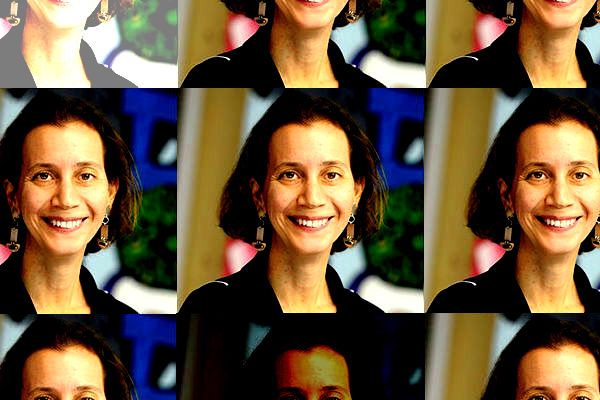 Schools Chancellor Richard A. Carranza today announced the appointment of Julie L. Shapiro as Chief Executive Officer of The Fund for Public Schools. As Chief Executive Officer, Shapiro will be responsible for fostering public-private partnerships with the New York City business and nonprofit communities, and securing critical investments for key educational priorities to support the administration’s Equity and Excellence for All agenda. Shapiro was appointed by the Fund for Public Schools Board of Directors, of which Chancellor Carranza serves as Chair.

“Julie has a track record of advancing equity and excellence through public-private partnership – she has tripled the operating budget of one of the City’s major nonprofit organizations committed to empowering young people. We are thrilled that she has chosen to bring her obvious talent to The Fund for Public Schools,” said Schools Chancellor and Fund for Public Schools Board Chair Richard A. Carranza. “I am confident that Julie’s passion, commitment to innovation, and extensive knowledge of the New York philanthropic community will help us continue to expand opportunities for our 1.1 million students.”

“I’ve spent the past decade working to advance equity and excellence for young people, and I’m so excited to do this work at the scale of the nation’s largest school system,” said Julie L.  Shapiro, Chief Executive Officer of The Fund for Public Schools. “I look forward to partnering with Chancellor Carranza, and engaging New York City’s unparalleled private sector and nonprofit community for the benefit of our 1.1 million students and their families.”

Under Shapiro’s leadership, The Fund will continue to promote the Equity and Excellence for All initiatives; increased access to high-quality early childhood education; community empowerment initiatives; and support for historically underserved communities, including students in temporary housing and Multilingual Learners.

Shapiro and The Fund will continue to raise funds for Computer Science for All, an $81 million public-private partnership focused on bringing 21st-century computer science instruction to every student by 2025. In addition, The Fund will facilitate philanthropic support for the recently announced Imagine Schools NYC Challenge, a $32 million public-private partnership to create 20 new schools and transform 20 existing schools across New York City through a dynamic school design process. Additional key initiatives include expanding high-quality arts education, college and career access and success, access to technology, and leadership opportunities for educators.

Since 2010, Shapiro has served as Executive Director of The Door, an internationally recognized youth development agency that provides a comprehensive range of services including health and mental health care, legal services, education and career programs, meals and housing, and crisis intervention services for 11,000 New York City youth annually. As Executive Director, Shapiro more than tripled The Door’s operating budget from $10.5 million to $34 million and launched Broome Street Academy, New York City’s only charter high school that prioritizes foster care and homeless youth; two supportive housing sites; and the organization’s expansion into the South Bronx with the Bronx Youth Center.

Prior to joining The Door, Shapiro served as Senior Vice President for Seedco, where she led the development, management and growth of national workforce development programs for eight years. She has also served as an Assistant Vice President at F.E.G.S Health and Human Services System and as a Project Manager at the New York City Human Resources Administration’s Office of Policy and Program Analysis. Shapiro received her undergraduate degree from Brown University and a Master’s degree in Public Policy from Harvard University’s Kennedy School of Government.

“Julie is a seasoned nonprofit leader who brings to the Fund a deep commitment to our public education mission and a strong network of relationships in the philanthropic sector,” said Kathryn Wylde, President and CEO of the Partnership for New York City and a member of The Fund for Public Schools Board of Directors. “The Fund board is confident that Julie will be an outstanding advocate for continued private investment in programs serving the city’s 1.1 million public school students.”

“Julie is a leading voice for inclusive and equitable access to education, employment and secure housing for older youth in foster care,” said Administration for Children’s Services Commissioner David A. Hansell. “Under her leadership, the Fund for Public Schools is better positioned than ever to strengthen connections to social services that ensure every New York City student in foster care has access to high-quality education and opportunities. I commend Chancellor Carranza and the Fund for Public Schools for reinforcing the City’s commitment to provide children and families with the tools they need to succeed through this critical appointment.”

“Computer Science for All is an important initiative that has brought together the private and public sectors to create opportunities for the City’s future workforce,” said Fred Wilson, Founder of New York City Foundation for Computer Science and Partner at Union Square Ventures. “I look forward to working closely with Julie to continue to build and strengthen these partnerships and advance Computer Science for All’s goals.”

“For over 35 years the Fund for Public Schools has been an invaluable part of our city’s education system, helping link New York City schools and leaders with private sector partners who share the goal of advancing innovation and creating a world-class education system across the largest and most diverse school system in the nation,” said Darren Bloch, Senior Advisor to the Mayor and Director of the Office of Strategic Partnerships. “As the Chancellor and Mayor continue to build a culture of engagement, partnership and shared responsibility in support of New York City’s 1.1 million students – and the teachers, families and communities committed to their success – we’re thrilled to have Julie L. Shapiro joining the effort. Her wealth of experience, her gifted approach to partnership building, and her track record of getting things done, will be of incredible benefit to all involved.”

Established in 1982, The Fund for Public Schools has secured unprecedented investment from foundations, businesses, and individuals, raising more than $496 million for the City’s 1,800 public schools and 1.1 million students. As an independent nonprofit, The Fund facilitates partnerships between the philanthropic community and the NYC DOE to pilot innovative projects; accelerate promising, outcome-driven initiatives; and respond quickly and strategically to emerging needs across New York City public schools.