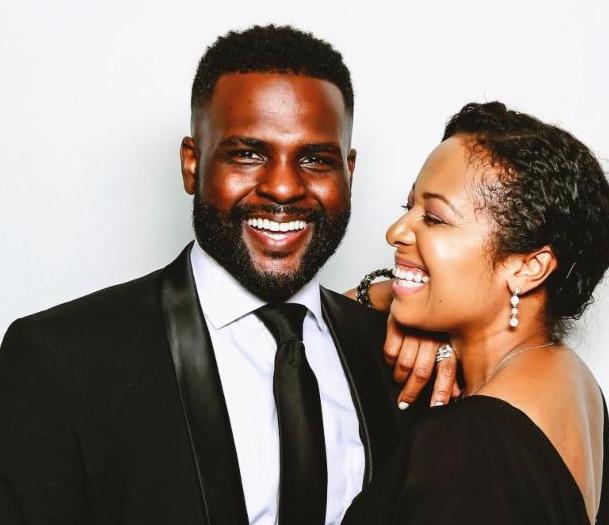 Juan and Lisa Winans announce the release of their Christmas EP, “A Little Soul for Christmas,” on Friday, November 16 via Parkside & Papergirl Entertainment. The 5-track EP offers a timeless collection of holiday classics and original songs. “A Little Soul for Christmas” is a must-have for any holiday music collection. The EP’s lead singles, “Rest” and “Have Yourself a Merry Little Christmas” are available for listening now. Juan and Lisa Winans married in 2007. After leading believers in worship for over a decade together, the Grammy-nominated couple are returning to their first love as gospel music recording artists.

“We want to combine the platform and expertise we’ve gained from our years as successful recording artists with our understanding of the needs of the church from the context of music and worship. God has anointed us to walk in both for the purpose of advancing His Kingdom in this generation,” says Juan Winans.

Juan Winans began his career with the Billboard #1 Gospel Album, “Winans Phase 2: We Got Next,” which birthed the hit single “It’s Alright (Send Me);” and continued on to write and produce for a myriad of Gospel, Pop and R&B artists including Mary Mary, Lalah Hathaway, Smokie Norful and Michael Bolton. In 2016, Juan Winans and his sister Deborah Joy Winans (“Greenleaf”) began a series of tours in the original musical Born For This: The BeBe Winans Story.

Lisa Winans (formerly Lisa Kimmey) is best known as one-third of the trailblazing Contemporary Christian Music trio, Out of Eden. The group was active from 1994 to 2006, producing seven albums through Gotee Records and received two Dove Awards. During Lisa’s tenure with Out of Eden, she appeared on UPN’s 90’s sitcom “Moesha,” and hosted original programming for GMC (Gospel Music Channel). In 2006, Out of Eden retired and released a greatest hits compilation. The trio reunited in 2014 for a special Gotee Records compilation album with a cover of House of Hero’s single “Constant.”

“Juan and Lisa are dear friends who will lift and encourage people from all backgrounds through their music. Their devotion to Christ combined with the excellence in their presentation creates a dynamic environment where lives are changed,” says Dr. Rice Brooks, Co-Founder Every Nation Churches.

Celebrating the true reason for the season “A Little Soul for Christmas” will fill your holiday with sounds of peace, love, and joy. This essential addition to your holiday music collection is available wherever music is digitally sold on Friday, November 16, 2018.