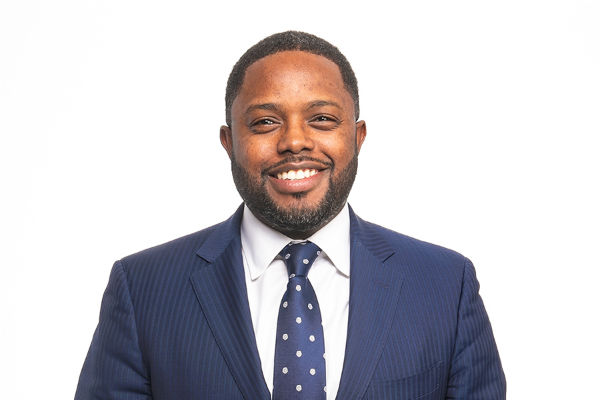 Jonnel Doris was appointed by Mayor de Blasio as the Commissioner for the NYC Department of Small Business Services (SBS).

He is responsible for running a dynamic City agency focused on equity of opportunity, that leads to economic self-sufficiency and mobility for New York City’s diverse communities. SBS actively connects New Yorkers to good jobs, creates stronger businesses, and builds a thriving economy in neighborhoods across the five boroughs.

Formerly, Doris served as the City’s first Senior Advisor and Director of the Mayor’s Office for Minority and Women-owned Business Enterprises (M/WBE). Under Doris’ leadership, the City has more than doubled its certifications to 9,620 firms, tripled its utilization, and awarded more than $14.6 billion to M/WBEs.

At GOSR, Doris developed and implemented strategic initiatives resulting in increased utilization of state and federal M/WBEs and Section 3 businesses. He created the Office of Diversity and Civil Rights and developed GOSR’s award-winning Local Workforce Opportunities Program and Web Portal. These two resources continue to increase employment and business opportunities while enabling thousands of M/WBEs, small businesses, and residents to participate in New York’s rebuilding efforts.

He also serves on the Bishop’s Racial Justice and Reconciliation Commission for the Episcopal Diocese of Long Island. Doris holds several degrees and certificates including, a Master of Arts in Public Policy and Analysis, a Bachelor of Arts in Political Science and Sociology from Stony Brook University, a Master of Divinity from Oral Roberts University, and a Turner School of Construction Management Certificate. He currently resides in Queens with his wife Aisha Doris and two children.