Join The Free SummerStage 2022 With Harlem’s Kid Capri, Herbie Hancock, George Clinton And Many Many More 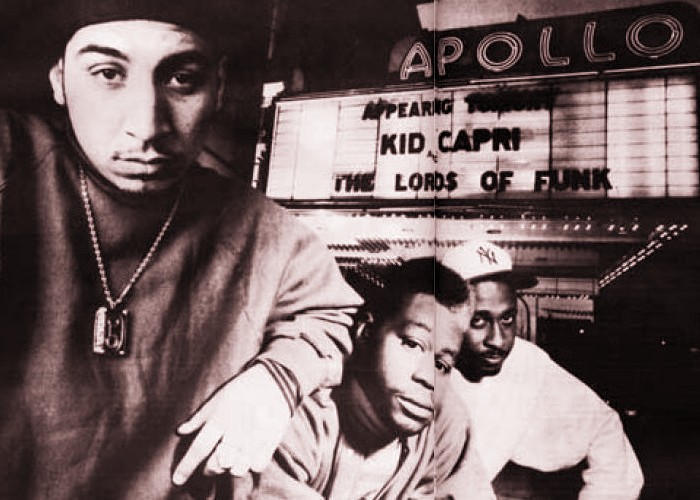 Returning with a full season of shows this year, SummerStage will celebrate New York’s revival and the festival’s return to 12 local community parks across the city celebrating culture at a time when neighborhood parks have never been more crucial to the city’s wellbeing.

All performances will be free and open to the public, except for benefit concerts, and select shows will also be live-streamed on SummerStageAnywhere.org.

A digital season brochure is available now at SummerStage.org.

“We are so happy to be back in local neighborhood parks after a two-year hiatus and to be able to once again build our newly refurbished flagship concert venue in Central Park,” said Heather Lubov, City Parks Foundation’s Executive Director. “Parks have always been neighborhood gathering spaces, but the pandemic brought to light just how absolutely critical parks are to our city’s health. We are thrilled to be able to bring neighbors together in their parks to enjoy a diverse, representative line-up that is reflective of our city’s rich cultural fabric.”

SummerStage prides itself on creating a season that brings together compelling artists, diverse music styles and cultural offerings to engage fans from all over the city – and the world – and the 2022 season will continue that legacy.

Opening the season on Saturday, June 11, 2022, in Central Park will be a free performance from legendary jazz pianist and composer Herbie Hancock with Keyon Harrold opening in association with the Blue Note Jazz Festival.

The season’s free shows will take audiences on an artistic journey across the world via the five boroughs. Aussie BBQ in Central Park will introduce fans to the eclectic sounds of some of Australia’s leading music artists including indie rock band You Am I, indigenous rapper Baker Boy and Aboriginal electronic music duo Electric Fields on June 18, 2022, while Francophiles will say merci to the annual Fête de la Musique lineup on June 21, 2022, in Central Park headlined by French hip hop icon MC Solaar.

Brazilian music fans can enjoy the high-energy modern Carnaval stylings of Monobloco with Trinbagonian Nailah Blackman and Batalá on June 26, 2022, in Flushing Meadows-Corona Park, and an exciting K-Pop lineup of Brave Girls, Golden Child and AleXa in association with Korean Culture Center New York at Central Park on July 10, 2022.

Benefit concerts are produced by The Bowery Presents; Blue Note Jazz Festival is producing the George Clinton performances. More benefit shows will be announced throughout the season.

New York City’s own distinct music styles and enigmatic artists will also be on full display this summer. Brooklyn-born singer/songwriter/pianist and former Snarky Puppy member Cory Henry will bring his inspiring compositions to Central Park on July 20, 2022, and one of NYC’s longest-running iconic underground dance parties Basement Bhangra helmed by DJ Rekha will return for its 25th-anniversary celebrations on August 6, 2022, in Central Park.

“Each season, SummerStage has always presented a festival full of talent as diverse and broad as the communities that host these performances in parks across all five boroughs,” said Erika Elliott, Executive Artistic Director of SummerStage. “The artists we are presenting this season not only represent their own distinct cultures but reflect the global diversity that truly matches the spirit of New York City.”

SummerStage will again offer a free outdoor screening of the Oscar and Grammy award-winning documentary Summer of Soul (…Or, When the Revolution Could Not Be Televised) for its second year on June 17, 2022, commemorating Juneteenth.

The film, which also opens the season of shows in neighborhood parks citywide, will be shown in Marcus Garvey Park, where The Harlem Cultural Festival was originally situated more than 50 years ago.

The art of dance will shine through this SummerStage season with a compelling program of women-led companies and BIPOC women leaders. Performances will include a New York-based street and Club dance company helmed by Tatiana Desardouin, Passionfruit Dance Company, on July 13, 2022, in Central Park along with Art Move Concept from France, making their festival debut; Nai Ni Chen Dance Company with Les Ballet Afrik and Ayodele Casel on July 15, 2022, in a co-presentation with ALL ARTS in Flushing Meadows-Corona Park; modern dance company Dallas Black Dance Theatre on July 23, 2022, in Von King Park; Brooklyn based Maimouna Keita African Dance Company on August 5, 2022, in Corporal Thompson Park; repertory highlights from Urban Bush Women in Crotona Park on August 12, 2022; Lindy Hop, solo jazz and house scenes company LaTasha Barnes Dance on August 19, 2022, in Marcus Garvey Park; and one of America’s premier contemporary dance companies, Hubbard St Dance Chicago on August 28, 2022, in Central Park with more performances to be announced.

SummerStage is also thrilled to return for a six-show series at The Coney Island Amphitheater at the Coney Island Boardwalk in Brooklyn. These free performances will include R&B icons Stephanie Mills, Keni Burke, Ted Smooth and DJ J-Ronin on June 25, 2022; Puerto Rican Power, Domingo Quinones with Lower East Salsa on July 10, 2022; and Spread Love Hip-Hop Jam Hosted by Ralph McDaniels and DJ Scratch on August 11, 2022. Additional shows will be announced at a later date.

The Charlie Parker Jazz Festival, New York City’s annual salute to the eponymous late saxophonist, will return in its 30th year for a three-day celebration of live jazz in the neighborhoods near where Parker worked and lived, including Harlem’s historic Marcus Garvey Park and Tompkins Square Park in the East Village. Each year, some of the finest jazz musicians in the world are assembled who reflect “the Bird’s” musical individuality and genius, to promote appreciation for this highly influential and world-renowned artist.

Running August 26 to August 28, 2022, the 30th anniversary will bring together storied, veteran players and the next generation of jazz artists including jazz singer and her big band Jazzmeia and Her Noble Force, Brooklyn-born tap dancer Calvin Booker On Tap & Friends; American trumpeter and composer Terence Blanchard featuring the E-Collective and Turtle Island Quartet, NEA Jazz Master bassist Buster Williams featuring his quartet Something More and others; and avant-garde jazz legendary saxophonist Archie Shepp with genre-bending pianist Jason Moran, multi-award-winning saxophonist Melissa Aldana, world-renowned trumpeter Bria Skonberg, and leader in the field and mentor guitarist Pasquale Grasso with his nostalgic sound. Additional jazz events will also be held across the city to celebrate the festival, more details to be announced on www.SummerStage.org.

SummerStage will once again partner with Rooftop Films to feature international short films prior to Central Park shows this season, highlighting the work of filmmakers whose voices and stories complement the featured musical performers and represent the vibrant international communities of the city.

The screenings will include official selections from Rooftop Films’ 26th anniversary Summer Series, the nation’s largest outdoor showcase for new independent films. Films will be announced at a later date.

As a women-run festival with a mission of diversity and inclusion, since 2019 SummerStage has helped to transform the future of the music industry by participating in the PRS Foundation’s international Keychange pledge, presenting an annual lineup that features a 50:50 gender balance.

SummerStage is one of the few local festivals that has achieved this goal. SummerStage is committed to gender and racial equity in its programming, and in 2021, 52% of artists participating in the in-person festival were women or non-binary, and 95% identified as BIPOC.

“Capital One is excited to continue our long-standing support for SummerStage as the title sponsor,” said Andy Ramamoorthy, Executive Vice President, Commercial Banking and New York City Market President, Capital One. “Now more than ever we are committed to both supporting and celebrating New York’s revival. Vibrant parks, free live music, dance performances, and this festival’s mission of diversity and inclusion are critical to revitalizing our neighborhoods and building a sense of community. We are honored to play a role in New York City’s revival by sponsoring SummerStage performances again this year and keeping them free and open for all New Yorkers to enjoy.”

Capital One is the festival’s multi-year title sponsor (Capital One City Parks Foundation SummerStage) and its official bank and credit card.

A presenting sponsor since 2015, Capital One has helped SummerStage bring hundreds of artists to nearly a million audience members in parks all around New York City.

The whimsical artwork for this season was created by Brooklyn-based, South Korean-born illustrator, artist, muralist, and educator Hyesu Lee, whose work has been featured in The New York Times, The New Yorker, Time Out New York, Washington Post, and the Los Angeles Times, among other outlets.

The art colorfully captures the vibrancy, the energy, and the joy that characterizes this — and every — SummerStage lineup.

The complete SummerStage schedule follows below. For the most up-to-date scheduling and lineup for all SummerStage programming, follow SummerStage via the social media handles below and visit www.SummerStage.org for all festival information.

Capital One is the title sponsor of Capital One City Parks Foundation SummerStage. Supporting sponsors include iStar, Subaru, Bloomberg Philanthropies, BABE, National Grid, Lewis Brisbois, and United Airlines. Generous private support is provided by The Thompson Family Foundation, The Jaharis Family Foundation, Howard Gilman Foundation, Con Edison’s Arts Al Fresco Series, Mertz Gilmore Foundation, FACE Foundation, The Shubert Organization, J.E. & Z.B. Butler Foundation, Garcia Family Foundation, The Hyde and Watson Foundation, and the Mid Atlantic Arts Foundation. This program is also supported by public funds from the National Endowment for the Arts; the New York City Department of Cultural Affairs, in partnership with the NYC Council, including Council Members Keith Powers and Carlina Rivera; the New York State Council on the Arts with the support of the Office of the Governor and the New York State Legislature; the Consulate General of Brazil. Additional support is generously provided by our dedicated festival audience and SummerStage Members. Benefit shows produced by The Bowery Presents.

In all of its programming and activities, City Parks Foundation partners with the New York City Department of Parks & Recreation to improve neighborhood parks and the communities they serve.

At City Parks Foundation, we are dedicated to invigorating and transforming parks into dynamic, vibrant centers of urban life through sports, arts, community building and education programs for all New Yorkers.

Since its inception nearly 40 years ago, more than six million people from New York City and around the world have enjoyed SummerStage.

In 2020, Capital One City Parks Foundation SummerStage Anywhere was launched in response to the global pandemic, presenting free digital performances, spanning all genres, available to viewers around the world.

Capital One Financial Corporation (www.capitalone.com) is a financial holding company whose subsidiaries, which include Capital One, N.A., and Capital One Bank (USA), N.A., had $311.0 billion in deposits and $432.4 billion in total assets as of December 31, 2021.

Headquartered in McLean, Virginia, Capital One offers a broad spectrum of financial products and services to consumers, small businesses and commercial clients through a variety of channels.

A Fortune 500 company, Capital One trades on the New York Stock Exchange under the symbol “COF” and is included in the S&P 100 index.