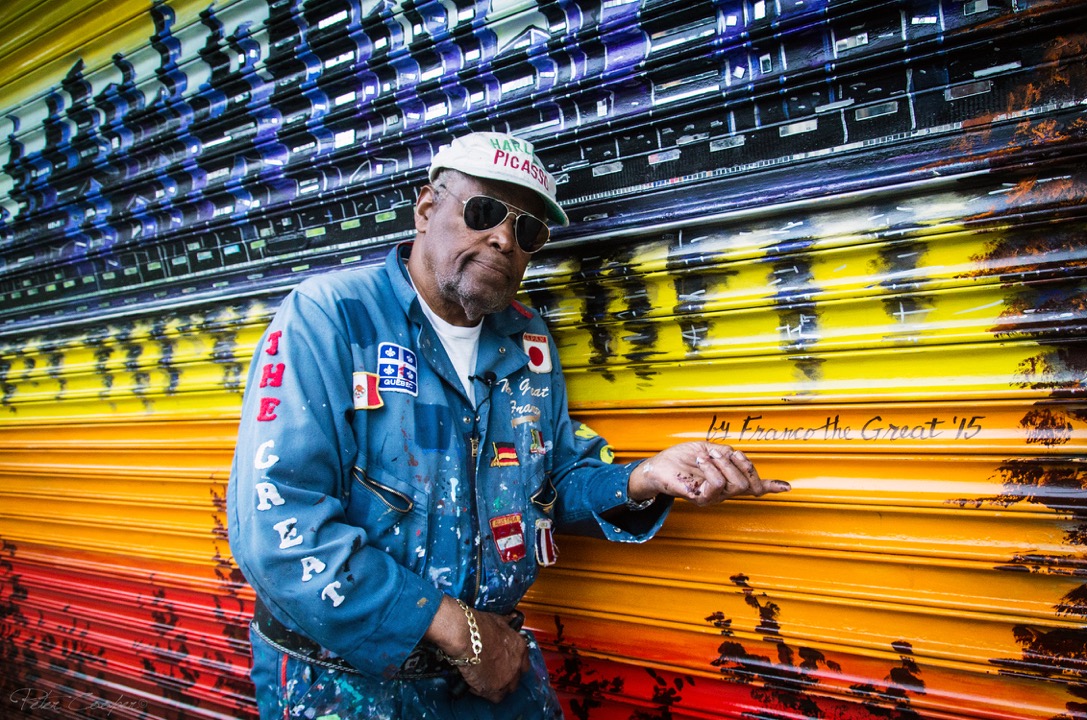 Blumenfeld Development Group, Ltd. (BDG) and Brookfield, on behalf of East River Plaza, in partnership with the Save the Gates of Harlem will come together with the Harlem community to celebrate icon Franco “Franco the Great” Gaskin’s gate murals.

“Franco the Great” also commonly known as the “Picasso of Harlem,” is a famous artist internationally known for his New Art form, created over 25 years ago. Over the past two decades, he has painted murals on metal storefront gates along 125th Street in Harlem, transforming the street into his outdoor gallery.

When Martin Luther King Jr. was assassinated in 1968, the riots in Harlem left the area in dismal condition, with a sea of gray security gates protecting the storefronts. Seeing this as an opportunity to create a better environment in his neighborhood, the Harlem Gates was born. When the stores were closed Franco would paint murals of what he hoped for Harlem’s future – more than 200 over the past 40+ years.

Local performers and mentees of Gaskin will perform tributes in honor of the famed artist.