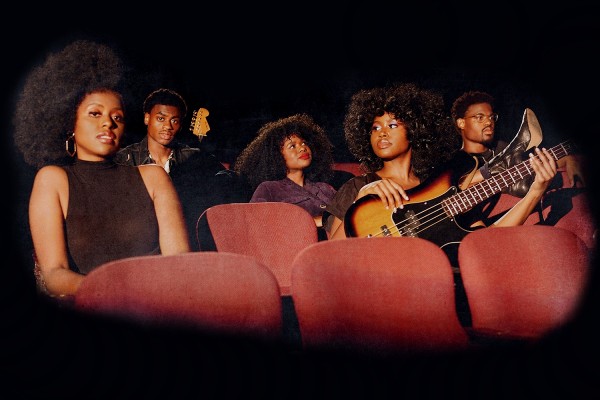 The event is featuring performances from more than 15 comedians who have performed on Apollo’s stage.

Bob Sumner, producer of Apollo Comedy Club and legendary producer of Def Poetry and Jam will share some of the best moments from late-night comedy at the Apollo Theater.

The sibling band and music collective were formed in 2014 in New York City. Its members are not only singers, but also songwriters, arrangers, instrumentalists, and music producers.

Since its formation, Infinity Song has cultivated a grassroots fanbase around NYC through pop-up street performances in Central Park and the NYC subway stations, while also frequently collaborating with other musical acts, most recently Kanye West, Jon Batiste, Tori Kelly, and more. The event is hosted by Jodine Dorce and features music by DJ Hard Hittin Harry.

Part of the Apollo Theater’s 2021 spring season, these events expand the nonprofit theater’s role as a partner, commissioner, and co-producer of programming that centers Black artists and voices from the African Diaspora.

The non-profit Apollo Theater is a performing arts presenter, commissioner, and collaborator that also produces festivals, large-scale dance, and musical works organized around a set of core initiatives that celebrate and extend Apollo’s legacy through a contemporary lens, including the Women of the World (WOW) Festival as well as other multidisciplinary collaborations with partner organizations.