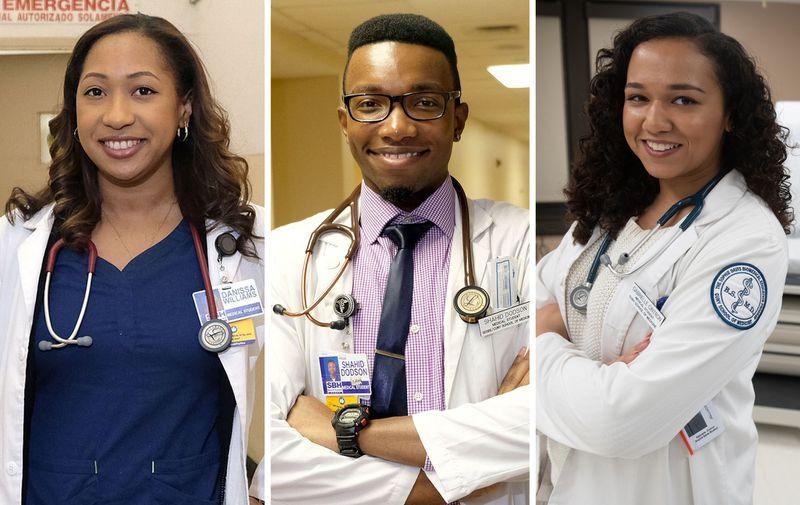 In response to coronavirus, Community Works in association with New Heritage Theatre Group has launched a digital celebration called Harlem is . . . HEALING: Celebrating Heroes of the Pandemic.

The event is held in the spirit of its 20-year effort to spotlight local heroes, famous or not, who make a difference. The disease has prompted Harlem’s activist people and institutions from every field to stand up to help keep our community healthy.

Over the next few weeks, we will be publicly thanking several who act for many in showing us how to heal. The tributes have started appearing as posts on Facebook, Instagram, Constant Contact and other social media.

These include the First Graduates of the CUNY Medical School, immediately thrown into the fray, artist Andrea Arroyo, whose work celebrates a community response to disease, JJ Johnson, a chef who has helped serve emergency workers, Dr. Calvin Sun, an emergency room physician, the Schomburg Center for Research in Black Culture’s outreach to those at home, restaurateur Melba Wilson for her citywide efforts on behalf of restaurant owners to keep serving, the nimbleness of Dr. Steven Corwin, CEO and President of NY Presbyterian Hospital, and the community commitment of the Rev. Al Sharpton.

These stories and those that follow will become part of exhibitions known collectively as Harlem is . . . Music, Theater, Dance and Community first on a website under construction and later at Harlem Hospital where Community Works is developing its Harlem is. . . installations at Malcolm X Boulevard at 136th Street. Clearly, the hospital display is delayed while the institution deals with the crisis of coronavirus.

Community Works and New Heritage Theatre Group are partnering with the hospital to present a free, permanent physical exhibit in the famed Mural Pavilion and on the hospital’s second floor with more than 100 multimedia exhibits drawing from portraits, photographs, films, and archives from previous installations around Harlem and the city over many years. The partners also have commissioned an interactive mural by noted artist Paul Deo which will be displayed on the website as well as outside the Mural Pavilion, home to WPA-era murals that were the first to depict people of color in professional roles, and a 30-foot timeline reflecting a century of Harlem cultural history.

Through all of these exhibits, Community Works has maintained a common mission to use the arts, performance and workshops to unite communities across differences and to share the legacy of local heroes in the blossoming of a unique neighborhood we see in Harlem.