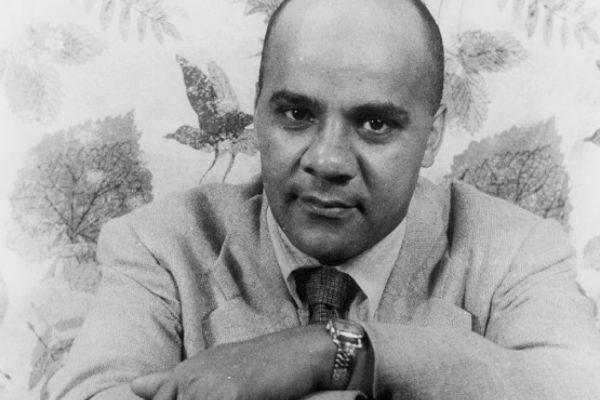 He also wrote plays, short stories and essays, and published articles in a range of outlets.

Killens was born in Macon, Georgia, to Charles Myles Killens, Sr, and Willie Lee Killens. His father encouraged him to read Langston Hughes’ writings, and his mother, who was president of the Dunbar Literary Club, introduced him to poetry. Killens was an enthusiastic reader as a child and was inspired by writers such as Hughes and Richard Wright. His great-grandmother’s tales of slavery were another important factor in his learning traditional black mythology and folklore, which he later incorporated into his writings.

Killens graduated in 1933 from the Ballard Normal School in Macon, a private institution run by the American Missionary Association. It was then one of the few secondary schools for blacks in Georgia, which had a segregated system of public schools and historically underfunded those for black students. Planning to be a lawyer, Killens he attended historically black colleges and universities between 1934 and 1936 to study further at the college level and focus on law: Edward Waters College in Jacksonville, Florida, Morris Brown College in Atlanta, Howard University in Washington, D.C., and in 1939, Robert H. Terrell Law School in Washington, D.C. In his final year, he left in order to study creative writing at Columbia University in New York City.

Killens enlisted in the United States Army during World War II, serving as a member of the Pacific Amphibious Forces from 1942 to 1945. He spent more than two years in the South Pacific and rose to the rank of master sergeant.

In 1948, Killens moved to Harlem, New York, where he worked to establish a literary career. He attended writing classes at Columbia University and at New York University. He was an active member of many organizations, serving as a union representative to a local chapter of the National Labor Relations Board (NLRB) and joining the Congress of Industrial Organizations (CIO). Around 1950, Killens co-founded with Rosa Guy and others a writers’ group that became the Harlem Writers Guild (HWG).

His first novel, Youngblood (1954), dealing with a black Georgia family in the early 1900s, was read and developed at HWG meetings in members’ homes.

, who after establishing his production company HarBel wanted to adapt William P. McGivern’s crime novel Odds Against Tomorrow as a film. Belafonte picked Abraham Polonsky as the screenwriter, but since Polonsky had been blacklisted by the House Un-American Activities Committee, Killens generously agreed to act as his front and was credited with the screenplay for the film. In 1996 the Writers Guild of America

restored credit to Polonsky for the film under his own name.

Killen’s second novel, And Then We Heard the Thunder

(1962), was about the treatment of the black soldiers in the military during World War II, when the armed forces were still segregated. Critic Noel Perrin ranked it as one of five major works of fiction of World War II. Killens’s third novel, Sippi

(1967), focused on the voting rights struggles of African Americans during the civil rights movement of the 1960s.

(1969), a historical novel, was developed from the screenplay for the film of the same name, intended to accompany its release.

; or, One Good Bull Is Half the Herd

In addition to novels, Killens also wrote plays, screenplays, and many articles and short stories. He published these works in a range of media, including The Black Scholar, The New York Times, Ebony, Redbook, Negro Digest and Black World.

In 1987, Killens died of cancer, aged 71, at the Metropolitan Jewish Geriatric Center in Brooklyn, New York. He was living in Crown Heights.