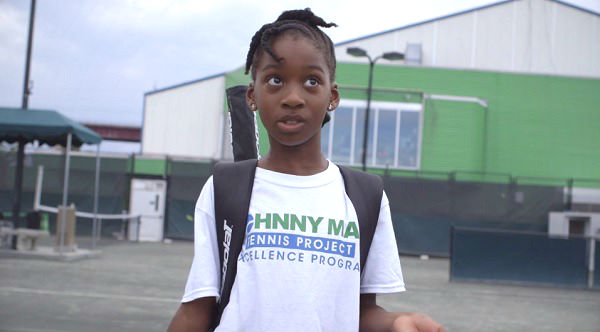 The tryouts are for children ages 6 to 14 who are interested in attending the John McEnroe Tennis Academy (JMTP) instructional program at the SPORTIME Randall’s Island tennis center complex.

Tryouts will take place at Harlem’s Frederick Johnson Playground Tennis Courts, home to its own popular summer recreational tennis programs. Youngsters from SPORTIME Randall’s Island neighboring communities, including Harlem and the South Bronx, are expected and encouraged to attend. Players will participate in activities and games designed by SPORTIME/JMTA coaches to assess capacities such as speed, strength, agility and hand-eye coordination.

“We could be looking at future tennis stars,” said John McEnroe Tennis Academy (JMTA) Tennis Director Lawrence Kleger. “We want to engage young, athletic, talented children and introduce them to the world of tennis with the intention of fostering long-term participation. We want to reward these kids’ hard work while nurturing their talent. These scholarships serve as a reminder for the kids that the Johnny Mac Tennis Project is as committed to them as they are to the sport of tennis.”

JMTA coaches will make evaluations with an eye for both skill level and enthusiasm for the sport. Young athletes who display promise may be awarded a JMTP scholarship, which will cover group sessions, individual instruction, valuable training camps, integral performance training and mental toughness workshops, as well as convenient transportation to SPORTIME/JMTA facilities on Randall’s Island. Since its founding in 2012, the JMTP and SPORTIME have awarded over 200 scholarships to children who live in the communities near Randall’s Island and throughout the city. Those invited to receive a scholarship will attend JMTA’s 34-week fall session, September through May.

A nonprofit affiliated with the John McEnroe Tennis Academy, the Johnny Mac Tennis Project was created by John McEnroe to remove social and economic barriers to tennis participation for NYC kids and to bridge the gap between recreational community-based programs and advanced tennis training. JMTP provides a pathway to success through competitive tennis, often leading to college scholarships, careers in the industry and, for a few, professional tennis careers. Since its inception in 2012, over 4,700 East Harlem and South Bronx youth living adjacent to the SPORTIME/JMTA facilities on Randall’s Island have enjoyed the sport of tennis through free community programs offered to their schools.

The program is supported by donations and events like this coming weekend’s Johnny Mac Tennis Project Pro-Am at SPORTIME Amagansett. On Saturday, August 25th, John and Patrick McEnroe will be joined by all-time greats like Lindsay Davenport, Chris Evert, and Martina Navratilova and other former pros including Andrea Jaeger and Ashley Harkleroad at the nonprofit’s fourth annual fundraising event at SPORTIME Amagansett, at 320 Abrahams Path, Town of East Hampton.

Get more info at https://www.jmtpny.org/

Get more info at https://www.sportimeny.com/Manhattan

Get more info at https://www.facebook.com/JMTANY/