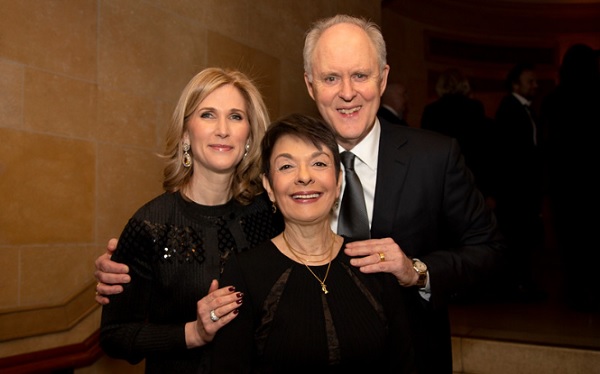 The New 42nd Street Gala will celebrate the vision, legacy, and legend of Cora Cahan, founding President & CEO, as she steps down after 29 years of extraordinary leadership.

Proceeds from the Monday, June 3, 2019, event at The Plaza Hotel

will benefit The New Victory Theater’s innovative arts and engagement programs which reach more than 55,000 kids each year.

“Cora fearlessly leads and leans in,” says Fiona Rudin, Chairman of the Board of The New 42nd Street. “Since The New 42nd Street’s inception, her approach has always been bold, creative and prescient. Her tremendous impact on the City will continue to be felt by future generations of New Yorkers.”

The NY Times wrote that Ms. Cahan, demenstrated what the organization’s board chair called “smarts, acumen and moxie,” (she) helped to preserve and reinvent seven historic Broadway theaters — the Apollo, Empire, Lyric, Liberty, Selwyn, Times Square and Victory — into spaces that now include the New Victory Theater, the New 42nd Street Studios and the Duke on 42nd Street.

Artists set to pay tribute to Ms. Cahan at the nonprofit’s annual gala include the evening’s Master of Ceremonies, New 42nd Street board member John Lithgow (Hillary and Clinton), along with performances by Kate Baldwin (Hello, Dolly!

(FX’s Legion), with more to be announced.

Committed to the transformational power of the arts, The New 42nd Street has guided its work with an emphasis on bringing access and diversity to New York cultural arts, as made evident by the award-winning New 42nd Street Youth Corps, a groundbreaking, creative youth development model that provides young New Yorkers with jobs in the arts; and the internationally-lauded arts education programs of The New Victory Theater, which annually brings 40,000 students to the theater as the largest provider of international, multidisciplinary live performances to New York City schools.