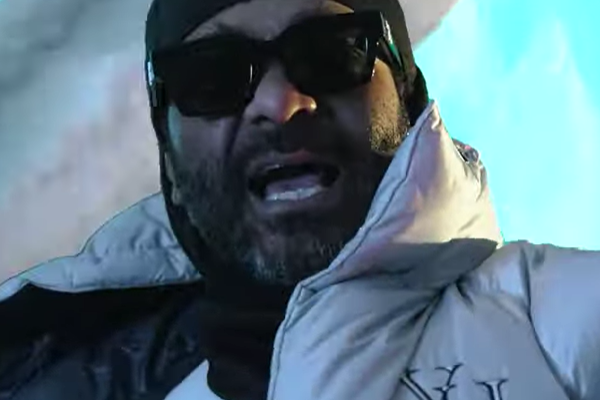 Time has only seasoned Harlem Jim Jones; The Diplomats OG takes it to the frigid streets and underground parking lots in the visuals for his latest track “Lose-Lose” featuring Harry Fraud. “Lose-Lose” also looks to be the lead single for Jones’ upcoming project The Fraud Department, dropping Friday, February 12th, 2021.

Produced by Harry Fraud and directed by Will C and Capo himself, Jones shows out for the elder statement of rap in “Lose-Lose.”

Leaning into the boom-bap classics that have established him as a Harlem legend, Capo raps about his journey from the mud to the marble. “And I used to cook up coke in the same pot the chicken fried,” Jones raps as snow falls around him.

Beyond this track, Jones has stayed busy over quarantine. Joining the Complex News team, he talked about starting his Quarantine Studios, a virtual service for young artists to connect with publicists, entertainment lawyers, and other resources that aren’t as easily accessible to most.

“What we have found here is a way to actually record in real-time with artists all over the world, and have people come on in numerous amounts and watch and really get music done from having the producer, to the engineer, to the artist,” Jones explained about his company.

He also broke down how they’re able to work with artists and producers in real-time despite being in different places.

Jones also joined Complex’s Sneaker Shopping back in October, making a memorable return to the show. For the uninitiated, Jim Jones was the first guest the series ever had, with his episode airing 9 years ago now.

While you catch up on everything Jim Jones has been up to, be sure to watch the music video for his new song “Lose-Lose,” featuring Harry Fraud up top.