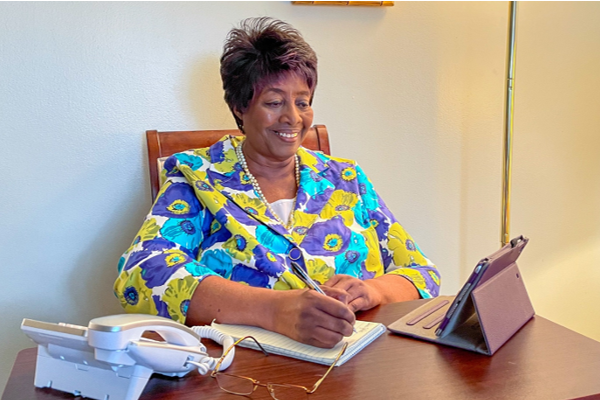 Eighty-year-old Rosie Tate, of the Bronx, has spent the last 47 years knocking on her neighbors’ doors to try to share some encouragement from the Bible. That abruptly changed in the spring of 2020 when Jehovah’s Witnesses suspended their in-person public ministry, meetings, and large conventions.

Two years later, Tate is still busy carrying on her ministry by means of letters, telephone calls, and videoconferences.

In fact, she is now busier than ever; whereas health circumstances limited her ability to preach before the pandemic, now she is able to engage in her volunteer ministry nearly every day. “I look forward to getting up every morning to get on Zoom,” she said. Part of her joy stems from a conviction that her efforts benefit her neighbors. “I’ve gotten some very good responses to some of my letters,” she said.

With this historic change, the number of Jehovah’s Witnesses grew 3% in the United States in 2021 alone, matching the most significant increase for the organization over the past decade and the second-largest percentage increase since 1990.

“Staying active in our ministry while remaining safe has had a powerful preserving effect on our congregants and communities,” said Robert Hendriks, U.S. spokesman for Jehovah’s Witnesses. “The wise decision not to prematurely resume in-person activities has united us and protected lives while comforting many people in great need. The results speak for themselves.”

Tate said she was talking to her brother, Robert, from Alabama on the phone when he mentioned not having seen Jehovah’s Witnesses at his door recently. When she explained the virtual ministry to him, he told her, “I didn’t get my letter.” So, she sent him one.

When Robert mentioned this letter to one of his neighbors, she wanted to read it. She, in turn, ended up sharing it with two other neighbors.

Last year, the international organization reported all-time peaks in the number of people participating in their volunteer preaching work, increased attendance in Zoom meetings and more than 171,000 new believers baptized. In the past two years, more than 400,000 have been baptized worldwide.

Some whose ministry or attendance at religious services had slowed because of age and poor health said they feel reenergized with the convenience of virtual meetings and a home-based ministry.

“Staying active in our ministry while remaining safe has had a powerful preserving effect on our congregants and communities.” – Robert Hendriks, Jehovah’s Witnesses

Despite dealing with memory loss and diminished energy, Joseph Fuoco, 81, and his wife Sarah, 88, are now nicknamed “the dynamic duo.”

The Fuocos use Zoom to worship twice a week with their Hollis, New Hampshire, congregation and regularly join online ministry groups to comfort neighbors and family through phone calls, letters, texts, and email.

“What could have been quite a disadvantage, we’ve made into an advantage,” Joseph Fuoco said. “The fact that we can work right from home is a great advantage. I’m happy with it.” 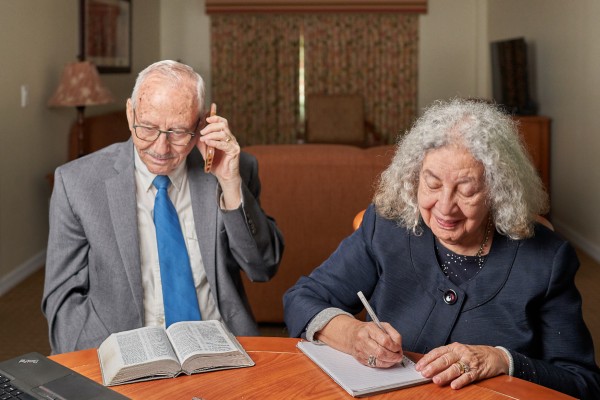 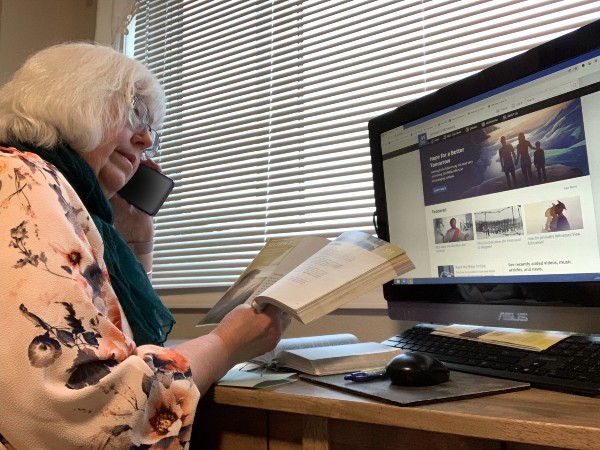 By sharing the Bible’s hope remotely, the close to 70,000 Jehovah’s Witnesses in New York can reach more people all across their state. “By sharing our message primarily by phone and letter, we often reach those who would not be home if we were going door to door,” said Justin Maddren, of Avoca, New York.

The official website of Jehovah’s Witnesses, translated into more than 1,000 languages, has also leveraged the organization’s outreach.

She was one of nearly 20,000 baptized as one of Jehovah’s Witnesses last year in the United States in private settings, including backyard swimming pools, tubs, and even rivers.

“JW.ORG gave me somewhere to learn, somewhere to land, and to start living the way God wants me to. It taught me so much,” said Owen.

Disclaimer: the story reflects the views of the Jehovah’s Witnesses.