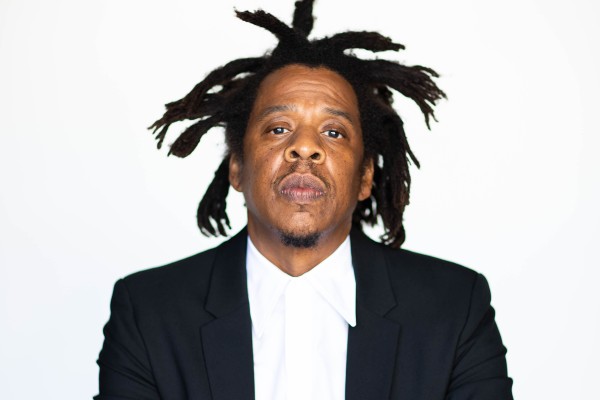 Today, members of the music industry and academia including JAY-Z, Fat Joe, Killer Mike, and Michelle Alexander released a sign-on letter (below).

This letter is being released after the legislation passed the Senate Codes committee on Tuesday, January 18, the first step towards this bill getting a full vote on the floor.

The bill is sponsored by Senator Brad Hoylman (D/WFP-Manhattan), Senator Jamaal Bailey (D-The Bronx) and Assemblymember Catalina Cruz (D-Queens), who introduced this bill in November to enhance the free speech protections of New Yorkers by raising the threshold for the use of an artist’s creative expression as evidence in the courtroom.

The legislation will protect all artists and content creators, including rappers, from having their lyrics wielded against them by prosecutors.

The legislation will protect all artists and content creators, including rappers, from having their lyrics wielded against them by prosecutors.

Senator Hoylman said: “It’s so humbling to see titans of the hip hop and music world come together and support our “Rap Music on Trial” (S.7527/A.8681) legislation I introduced with Senator Jamaal Bailey.

Art is creative expression, not a blueprint for criminality, yet we’ve seen prosecutors across the country attempting to introduce rap lyrics as evidence in criminal cases, a practice upheld just last year by a Maryland court.

It’s time to end the bias against certain genres of music, including rap, and protect the First Amendment rights of all artists.

It’s time to end the bias against certain genres of music, including rap, and protect the First Amendment rights of all artists.

With this impressive list of signatories, we’ll do just that.”

Senator Bailey said: “Rap should not be treated differently from any other art form; yet in courtrooms across the country, artists have been unfairly targeted for simply exercising their right to creative expression. With the nation-leading “Rap Music on Trial” legislation, New York state will protect this fundamental right by prohibiting the use of art, including rap lyrics, from being permissible criminal evidence without a strong, factual nexus between the art and the facts of the case. Presuming a defendant’s guilt based solely on musical genre or creative expression is antithetical to our foundational rights and perpetuates the systemic racism that is embedded into the criminal justice system through discriminatory conflations of hip-hop and rap with criminality. If we want to preserve the integrity of our First Amendment rights, combat discrimination in our courtrooms, and encourage unbounded creativity, we cannot continue to allow prosecutors to weaponize musicians’ own lyrics against them.”

Assemblymember Cruz said: “Police, prosecutors, and judges routinely engage in the damaging practice of misusing rap lyrics in criminal trials as a tool of mass incarceration of Black and Brown youth.  This is not only about strengthening and protecting the First Amendment rights of artists of color; we need to stop the unjust and blatantly racist practice of using the free expression of artists against them in a courtroom.  I am proud to sponsor this groundbreaking and incredibly important legislation in the New York State Assembly, and I thank the advocates and my Senate counterparts for their hard work on getting this bill passed in this year’s legislative session.”

Recent scholarship has highlighted a disturbing trend poised to threaten the haven New York has always provided its artists.

In courtrooms across the country, artists’ musical works are being admitted against them as “evidence” in criminal proceedings.

In courtrooms across the country, artists’ musical works are being admitted against them as “evidence” in criminal proceedings.

Just as concerning, the mere appreciation of  others’ music–whether through reposting lyrics, performing, or simply listening–is also being used as  “evidence.”

Moreover, these practices ignore the foundational principle that a criminal case should be tried on the facts and not on a person’s  “propensity” to commit the crime.

Rap has come under scrutiny for decades, being blamed by the media for criminal activity, and admitted as evidence of criminal behavior by the artist. Social scientists have linked anti-rap attitudes and racially discriminatory behavior.

But rap is just like any other creative expression. The New Jersey Supreme Court wrote that “one cannot presume that simply because an author has chosen to write about certain topics, he or she has acted in accordance with those views” (State v. Skinner, 218 N.J. 496, 517, 521 (2014)).

The court noted that no one believes that Bob Marley actually “shot the sheriff,” or that there’s a man buried in Edgar Allan Poe’s floorboards.