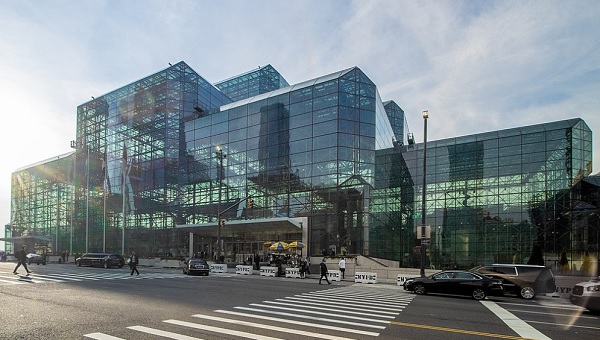 The sprawling Javits Center in Manhattan, normally a host of conventions, soon will become a temporary hospital set up to deal with the new coronavirus, announced Gov. Andrew Cuomo.

Cuomo on Saturday said he’s looking at four locations across the state, including Javits, to be used as field hospitals. He said 1,000 hospital beds could be set up in Javits, assuming the logistics work.

SUNY Stony Brook, SUNY Westbury and Westchester Convention Center are also being considered as temporary hospital sites, Cuomo said. Those sites will help the state reach a goal of increasing hospital capacity by up to 75,000 beds, he said.

“That will give us a regional distribution and a real capacity if we can get them up quickly enough,” he said.

He also announced that the state will send 1 million N95 masks — which can provide extra protection from COVID-19 — to New York City starting Saturday.

“One million masks won’t get us through the crisis but it will make a significant contribution to New York City’s mask issue,” he said.

Cuomo’s presser covered a wide range of topics, including the growing number of confirmed coronavirus cases across the state and New York City.

There are 6,211 confirmed coronavirus cases in the city and 10,356 in the state, Cuomo said. That’s the most cases of any state and is at least partly a reflection of the number of tests conducted in New York, he said.

In fact, that’s more tests per capita than China and South, Cuomo said.

“The more tests you take, the more positives you find,” he said.

The goal is to find more cases to help get a handle on the virus’ spread, Cuomo said. Doctors estimate between 7.8 million and 15.6 million New Yorkers will be infected by the virus by the time it runs its course, he said to Patch.

“We’re just trying to postpone the end of the day,” he said, pointing out that not doing so will strain the state’s health care system to the breaking point.