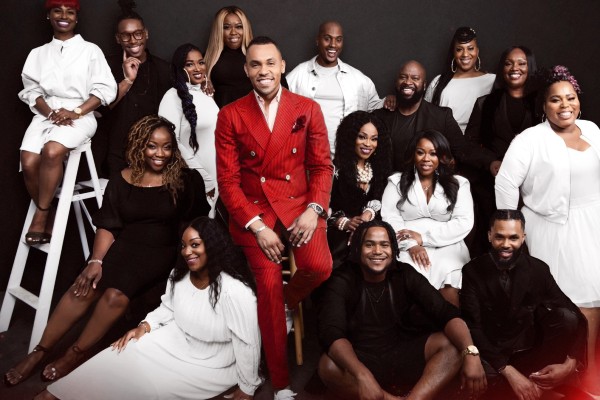 The bold new album will feature nine music tracks brimming with contemporary and traditional gospel sounds including upbeat title track Power featuring guest vocalist Lisa Knowles-Smith along with poignant ballad and current radio single It’s Not Over which is already tracking to be a breakout choir song of the year following it’s January music video premiere.

Writer, singer Jason McGee is one of the gospel music industry’s leading choir directors who carefully curated the album’s vision and creative direction. “This project was designed to reach the hearts of our listeners with hope. After such a turbulent year, we’ve all shared common experiences that have brought us to a crossroads and many have suffered from emotional and mental health challenges. I’ve personally overcome past suicide challenges so I want to immortalize this testimony and encourage people that they can find joy in believing again,” says McGee.

Jason McGee & The Choir have already proven demand while on the label after their 2017 single Promises topped gospel music charts at #8 and being named one of the top added Gospel songs to radio, according to Billboard.

With an expansive list of chart-dominating music collaborations, McGee has demonstrated his breadth of music aptitude which has made him an attractive favorite amongst multi-genres including mainstream brands.

In addition to Space Jam 2 (Anthony Ramos), they can be heard on movie soundtracks: The Black Godfather (Pharrell) and Birth of a Nation (K. Michelle).