Jane’s Walk In Harlem, A Free Walking Tour In The Best Community In The World 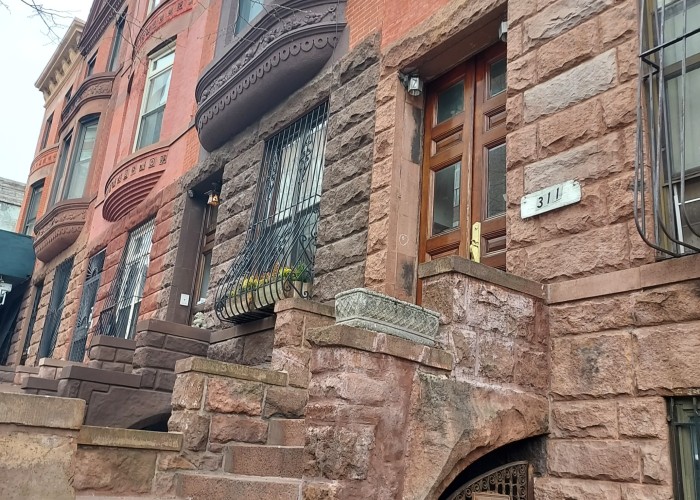 Mount Morris Park Historic District was designated a landmark in 1971, due to the unaltered streetscapes of its late nineteenth- and early twentieth-century townhouses and churches. French Neo-Grec, Queen Anne, Romanesque Revival, and Classical Renaissance are the predominant styles of housing.

“No other neighborhood in the world has contributed more to American and world history than Harlem. I am privileged to show off the Mount Morris Park Historic District so people can see up close what makes Harlem a special place, said Carolyn Johnson, Owner of Welcome to Harlem.

During this walk, we will learn about the people who lived in Harlem and what events, such as the Summer of Soul, which was filmed and won a recent Oscar, made Harlem so important.

This Free Jane Walk will be led by Carolyn Johnson, owner of Welcome to Harlem.

Several Black charities like the Clubman’s Beneficial League and the Utopia Neighborhood Club found homes in this district. Many Black entertainers like James Reese Europe, of WWI fame, lived here.

The district shows that a tight-knit community once lived and still lives in Central Harlem. They supported each other and made sure they could enjoy a rich, quality of life.

“Central and West Harlem Historic Districts are now within walking distance of each other,” said Savona Bailey-McClain, Executive Director of the West Harlem Art Fund. There are also excellent examples of Neo-Grec, Queen Anne, Renaissance, and Romanesque Revival row houses in our neighborhood.”

This FREE Jane’s Walk will be led by Savona Bailey-McClain, Executive Director of the West Harlem Art Fund.

Row houses were considered tract homes for the middle and upper-middle classes. New York counts over 200,000-row houses across the City.

Once derided as too modern and artificial at the end of the 19th century, these homes are highly sought after now.

The St. Nicholas Historic District was originally known as the David H. King Model Homes or the King Model Houses.

Four rows and three architectural styles — Italian Renaissance, Georgian and Yellow Brick facades with limestone. Built from 1891 to 1893, these homes remained empty until after World War I.

Black families from the South and the Caribbean could finally purchase these homes after years of pushback. Learn who lived here and how they became known as Strivers in this FREE Jane’s Walk.

This FREE Jane’s Walk will be led by Savona Bailey-McClain, Executive Director of the West Harlem Art Fund.

Stroll through the Dorrance Brooks Square Historic District in the footsteps of African Americans whose achievements impacted the world.

Experience the Harlem Renaissance’s luminaries in politics, the arts, healthcare, and education (the 1920s to the 1940s) in this community of intact streetscapes and striking collection of row houses, churches, and apartment buildings designed in Renaissance Revival, Queen Anne, and Romanesque Revival architectural styles.

“We are thrilled about the LPC’s recent designation of the Dorrance Brooks Square Historic District, the first in NYC to be named for an African American. Our partnership with MAS/Jane’s Walk will expose NYC residents and tourists to our Harlem Renaissance luminaries who lived in our community and had a lasting impact nationally and worldwide,” said Kakuna Kerina, Outreach Director, Dorrance Brooks Property Owners & Residents Association.

This FREE Jane’s Walk was organized by members of the Dorrance Brooks Property Owners & Residents Association and will be led by Michael Cogen, registered architect, and Kakuna Kerina, International Development & Human Rights Consultant.

Jane’s Walk was founded as a way to celebrate the life and legacy of urban activist, Jane Jacobs, who believed in the power of individuals to influence their city. It now takes place in over 200 cities worldwide, with Jane’s Walk NYC, presented by the Municipal Art Society of New York, as the largest of these festivals.

What started as a handful of walks in 2011 has since grown into a weekend of collective neighborhood storytelling featuring hundreds of walks online and across all five boroughs.

The West Harlem Art Fund (WHAF) is a twenty-four-year-old, public art and new media organization. Like explorers from the past, who searched for new lands and people, WHAF seeks opportunities for artists and creative professionals throughout NYC and beyond wishing to showcase and share their talent.

Our heritage symbol Afuntummireku-denkyemmtreku: is the double crocodile from West Africa Ghana which means unity in diversity. https://westharlem.art/