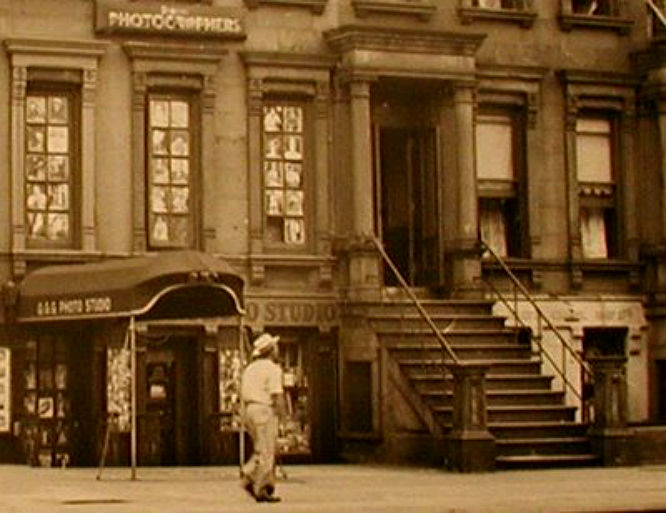 A rare photograph of the James Van Der Zee’s G.G.G. Studio at 272 Malcolm X Blvd, Harlem, NY on the east side of Lenox Avenue between 123rd and 124th Streets, in the 1940s. He returned to the following year, setting up a portrait studio at a music conservatory that his sister had founded in 1911.

In 1916 Van Der Zee and his second wife, Gaynella Greenlee, launched the Gaynella Greenlee Guarantee Photo Studio in Harlem, called G.G.G. Studio., it was in the above-ground basement of a Harlem brownstone on the west side of the street.

His business boomed during World War I, and the portraits he shot from this period until 1945 have demanded the majority of critical attention.