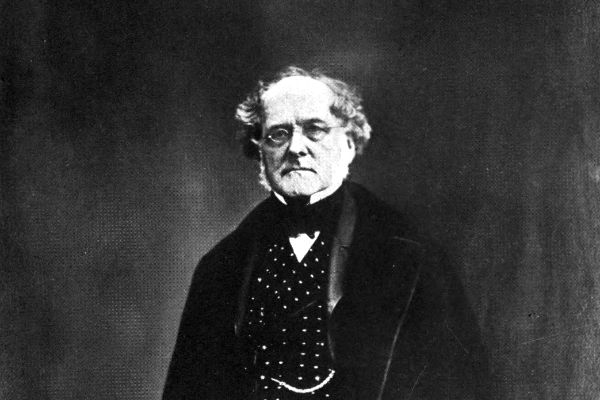 James Lenox, August 19, 1800 – February 17, 1880, was an American bibliophile, philanthropist and had Lenox Avenue In Harlem named after him.

His collection of paintings and books eventually became known as the Lenox Library and in 1895 became part of the New York Public Library.

His father was a wealthy merchant who was born in Kirkcudbright, Scotland, emigrated to America during the Revolutionary War, and settled in New York in 1783.

Of his five sisters, four married and one remained single, like Lenox, throughout her life.

His maternal grandfather was Nicholas Carmer, a New York cabinet maker. Upon his father’s death in 1839, Lenox inherited a fortune of over a million dollars and 30 acres of land between Fourth and Fifth Avenues. 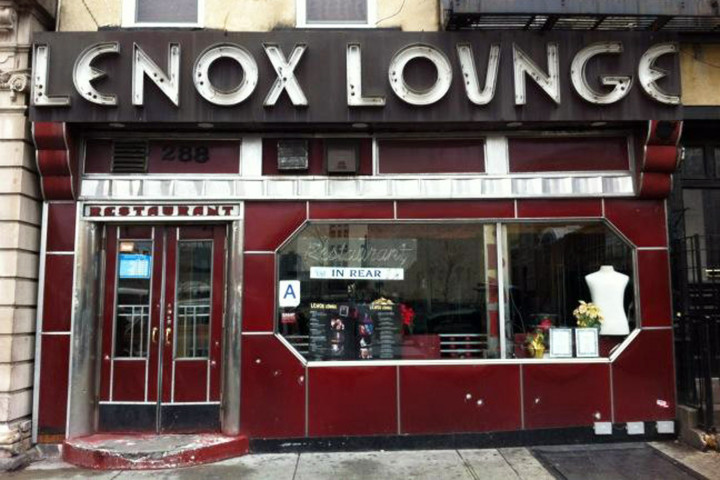 A graduate of Columbia College in Harlem, he studied law and was admitted to the bar, but never practiced. He retired from business when his father died.

Lenox went to Europe soon after his admission to the bar, and while abroad, began collecting rare books. This, along with collecting art, became the absorbing passion of his life.

For half a century, he devoted the greater part of his time and talent to form a library and gallery of paintings, unsurpassed in value by any other private collection in the New World.

In 1870 these, together with many rare manuscripts, marble busts and statues, mosaics, engravings, and curios, became the Lenox Library in New York City. Lenox served as its first president.

The library occupied the crest of the hill on Fifth Avenue, between 70th and 71st Streets, overlooking Central Park. On May 23, 1895, the Lenox Library was consolidated with the Astor Library and the Tilden Trust to form the New York Public Library.

The collection of Bibles, including the Gutenberg Bible—both in number and rarity—were believed to be unequaled even to those of the British Museum; while its Americana, incunabula, and Shakespeariana, surpassed those of any other American library, public or private.

The collection was valued at nearly a million dollars, which, with the $900,000 for the land, building, and endowment, made the total above $2,000,000. The Frick Collection stands on the Lenox Library’s former site.

Lenox was a founder of the Presbyterian Hospital in New York City.

His gifts to it amounted to $600,000. He also made important gifts to Princeton College and Seminary, and gave liberally to numerous churches and charities connected with the Presbyterian Church.

Lenox was also the president of the American Bible Society, to which he was a liberal donor. James Grant Wilson reports passing on several anonymous gifts from Lenox to needy men of letters.

He became a member of the American Philosophical Society in 1854.

That same year, he was also elected a member of the American Antiquarian Society,  and served as the society’s vice-president from 1868 to 1880.

Lenox occasionally reprinted limited editions, restricted to ten or twenty copies, of rare books, which he placed in some of the great public libraries and notable private collections, for example, that of John Carter Brown.

Portraits of Lenox were painted by Francis Grant in 1848, and by G. P. A. Healy three years later. He was also painted by Daniel Huntington in 1874.

Lenox never married. An early love, the only woman to whom he was romantically attached, refused him and remained unmarried following his death.

The broken romance spurred his increasing reclusiveness. He declined proffered visits from the most distinguished men of the day.

An eminent scholar, who was occupied for many weeks in consulting rare books not to be found elsewhere, failed to obtain access to Lenox’s library.

He was assigned an apartment in Lenox’s spacious mansion and the works were sent in installments without him ever entering the library or meeting Lenox.

In 1855, there were 19 millionaires in New York. He was the third richest man in New York worth approximately three million dollars.

Lenox died at his home, 53 Fifth Avenue in New York City, on February 17, 1880. He was buried in the New York City Marble Cemetery. Two of his seven sisters outlived him.

Henrietta Lenox, the last survivor, gave the Lenox Library 22 valuable adjoining lots and $100,000 for the purchase of books.

Lenox Avenue in Harlem is named for James Lenox. In addition to several charities, his estate was left to his relations…