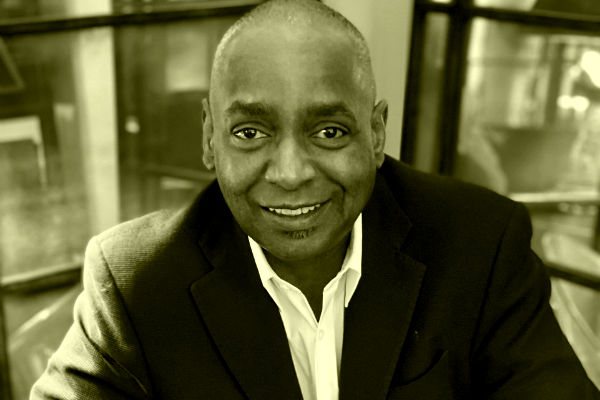 Today, The WNET Group announced the appointment of the new Artistic Director of ALL ARTS: James King, the former Managing Director of Harlem Stage.

King already has strong ties to the multimedia platform dedicated to the arts, having served as an inaugural member of the ALL ARTS Editorial Advisory Board and playing an important role in content development.

The acclaimed theatrical drama Antigone in Ferguson, which he produced for Harlem Stage, premiered on the ALL ARTS series House Seats.

The acclaimed theatrical drama Antigone in Ferguson, which he produced for Harlem Stage, premiered on the ALL ARTS series House Seats.

Stepping into an expanded version of the Artistic Director role, King is now a full-time member of the ALL ARTS staff, reporting to Co-Executives in Charge of ALL ARTS Neal Shapiro and Diane Masciale, and he will be actively involved in content development, fundraising, oversight of the artist in residence program and the Editorial Advisory Board, among other duties.

“James has been with us since the inception of ALL ARTS, lending his wisdom and expertise as we’ve forged our path forward online, on-air and in the community,” said ALL ARTS Co-Executive in Charge Neal Shapiro. “I have no doubt he will make a big mark on the continued growth of ALL ARTS, continuing the impressive precedent set by our first Artistic Director Jörn Weisbrodt.”

During his tenure, Weisbrodt helped launch ALL ARTS and spearheaded impactful projects and partnerships, like the Artist in Residence program – Taylor Mac having been selected as the first ALL ARTS Artist in Residence; Rescue Recovery & Healing: The 9/11 Memorial Glade Dedication – a healing community event in partnership with The 9/11 Memorial & Museum, Rufus Wainwright, Choir! Choir! Choir! and the Never in New York Festival – featuring 23 premieres of opera, theater performances, documentaries and film from 10 international directors.

Weisbrodt will remain involved as a member of the ALL ARTS Editorial Advisory Board.

“We are so appreciative for the vision and amazing work Jörn Weisbordt brought to ALL ARTS these last two years. It’s a huge thing to launch a new broadcast and streaming platform, and as our first Artistic Director, Jörn played an integral role in our success. I’m happy we’ll still have access to his creative input through his continued participation on the Editorial Advisory Board,” said Co-Executive in Charge of ALL ARTS Diane Masciale. “I’m equally excited for this next chapter with James King in this role. I can’t wait to see the impact his creative vision will have on the channel.”

“I’m honored to have this opportunity to play a greater role in growing this innovative platform.

ALL ARTS’s mission is so rooted in serving our diverse community, so my work will remain centered on amplifying the voices and work of marginalized artists,” said James King.

ALL ARTS launched in 2019 to offer access to all forms of creative expression from New York and around the world. As a free, on-demand service ALL ARTS reduces barriers to experiencing the arts and builds new audiences for cultural organizations.

The New York Emmy-winning arts and culture hub ushered in a new era for public media, combining the model of free, accessible programming with the pervasive use of streaming and digital platforms.

The platform’s programming illuminates the emerging to the established, the hybrid to the pure, in dance, film, stories, music, theater, visual art, design, and all other forms of creative expression.

ALL ARTS is breaking new ground as the premier destination for inspiration, creativity, and art of all forms.

This New York Emmy-winning arts and culture hub is created by WNET, the parent company of New York’s PBS stations.

With the aim of being accessible to viewers everywhere, ALL ARTS’ Webby-nominated programming – from digital shorts to feature films – is available online nationwide through allarts.org, the free ALL ARTS app on all major streaming platforms, and @AllArtsTV on YouTube, Facebook, Instagram, and Twitter.

New York area TV viewers can also watch the 24/7 broadcast channel. For all the ways to watch, visit allarts.org/everywhere.