It’s No Joke, Free Summer Outdoor Concerts At NJPAC Kicks Off This Week And Every Thursday! 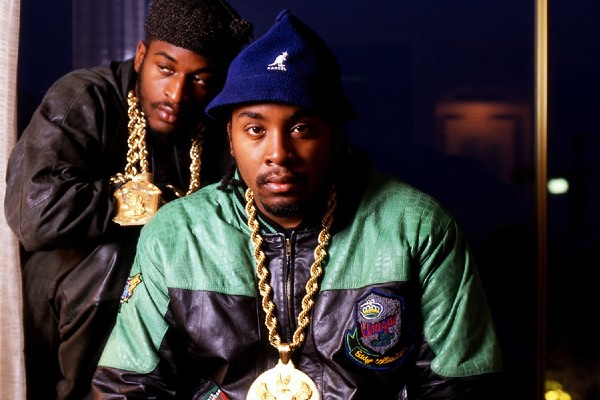 Newark will be filled with music again this summer as NJPAC’s much-loved free outdoor concert series.

The concerts will be presented with an array of new safety protocols, to allow audience members to enjoy the music, mingling, and dancing that’s made this annual event so popular, while keeping patrons, artists, and Arts Center staff healthy.

“Sounds of the City is a legacy series in Newark; for more than 20 years, this is how the city has celebrated summer,” said NJPAC Executive Vice President and Executive Producer David Rodriguez.

“This year, what we’re celebrating is not just the season but also the return of live performances to Newark. It’s our intention to ensure these events are not only fun but safe.”

An NJPAC tradition, Horizon Foundation Sounds of City concerts have brought thousands of revelers to the Arts Center’s Chambers Plaza for free concerts on Thursday evenings every July and August.

Last year, with NJPAC’s campus closed during the coronavirus pandemic, the Arts Center transformed the series into a weekly live DJ dance party streamed on Facebook.

“While all of us at NJPAC are incredibly proud of the range of virtual events we’ve been able to offer this past year, we know that there’s nothing like the energy and excitement of a live performance,” said John Schreiber, the Arts Center’s President, and CEO.

“We cannot wait to welcome our audiences back to NJPAC in person, and especially to this wonderful series, which has always been a joyful way for us to connect with and celebrate our Greater Newark community.”

This year, as New Jersey residents have adhered to health guidelines and COVID-19 transmission rates are down, the series will return as a live, in-person outdoor event, with several new safety measures in place, including:

Food and beverages will be available for purchase in specially designated areas, where patrons will be allowed to remove masks. Bags and backpacks will not be allowed in the concert area.

Reggae, R&B, hip hop, and salsa music will all be part of this year’s series, which will include returning favorites as well as exciting new artists for audiences to discover. The concerts are scheduled from 6 to 8:30 p.m. each Thursday, from July 15 through August 26, 2021.

“We all know that part of maintaining a healthy lifestyle includes relaxing, socializing, and getting up on our feet — and there’s no better way to do all those things than by moving to the music at a Horizon Foundation Sounds of the City concert. We’re so glad that this series will be a part of how Newark enjoys the summer season once again, and we are all committed to ensuring that everyone can take part in this fantastic event safely,” said Gary D. St. Hilaire, President, and CEO of Horizon BCBSNJ.

Horizon Foundation Sounds of the City 2021

All concerts take place on Thursdays from 6 to 8:30 PM in Chambers Plaza, directly outside NJPAC’s theaters.

NJPAC welcomes back a Horizon Foundation Sounds of the City stalwart, Feliz Hernandez, with his popular live version of the metro area’s first and longest-running radio show dedicated to spinning classic soul and R&B.

DJ Felix Hernandez and his “Rhythm Revue” have been broadcast by WBGO Jazz 88.3FM, WBLS-FM, 98.7 KISS-FM, and Sirius XM.

Golden age hip hop duo Eric B. & Rakim first exploded onto the scene with the release of the iconic “Eric B. is President” in 1986.

Their classic album Paid in Full, full of funk- and soul-driven tracks, was named the greatest hip hop album of all time by MTV, and Eric B. & Rakim have been called “the most influential DJ/MC combo in contemporary pop music.” After a decades-long split, the two reunited and returned to touring in 2017.

The Chicago-based songstress has collaborated with everyone from Kanye West and Common to Anthony Hamilton. Her 11th studio album, Woman, dropped in 2020.

Born in the town of Salinas, Puerto Rico, salsa master Vegas grew up in New York City, where he began his musical career playing bongo in an all-children’s band.

He soon began singing as well as drumming and went on to perform alongside salsa stars Gilberto Santa Rosa, Eddie Palmieri, and Tito Puente before striking out on his own, recording several hit albums including Yo me Quedo and Lo Mio es Amor.

Her first album, The Awakening of Le’Andria Johnson, led not only to her Grammy win for Best Gospel/Contemporary Christian Music Performance but to a career on the stage, a continuing ministry as a pastor, and an appearance on the hit Oxygen series Preachers of Atlanta.

A New York-based collective of dozens of artists, led by Brad Hammonds, Brass Against is devoted to creating brass-forward political songs that inspire fans to action.

Recreating hits by Tool, Soundgarden and Rage Against the Machine, and more with a super-sized brass section and fiery vocals, Brass Against has redefined protest music, garnered a huge online fan base and created a whole new sound for speaking truth to power.

Third World
.
The grand finale of the 2021 Sounds of the City season is an appearance by one of the longest-lived reggae bands of all time, Third World.

Combining reggae with elements of R&B, funk, pop, rock, dancehall and rap, Third World’s style has been described as “reggae-fusion.” With nine Grammy nominations and a catalog of charted smash hits including “Now That We Found Love”, ”96 Degrees in the Shade” and “Try Jah Love,” the band has toured six continents, and performed with Bob Marley, Santana, and Stevie Wonder, among many others.

Horizon BCBSNJ is leading the transformation of health care in New Jersey by working with doctors and hospitals to deliver innovative, patient-centered programs that reward the quality, not quantity, of care patients receive.

NJPAC brings diverse communities together, providing access to all and showcasing the state’s and the world’s best artists while acting as a leading catalyst in the revitalization of its home city.

Through its extensive Arts Education programs, NJPAC is shaping the next generation of artists and arts enthusiasts.

NJPAC has attracted 10 million visitors (including more than 1.8 million children) since opening its doors in 1997, and nurtures meaningful and lasting relationships with each of its constituents.