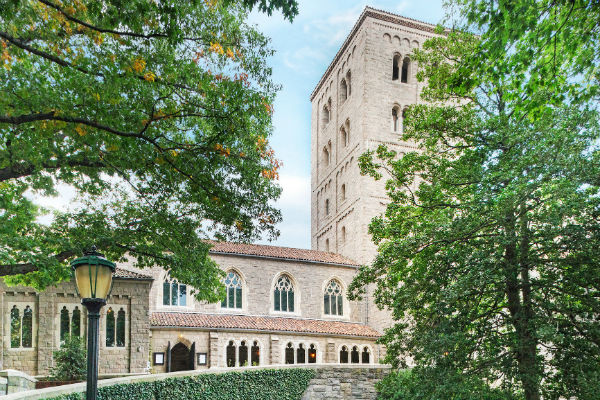 The Met Cloisters north of Harlem will reopen to the public this Saturday, September 12, 2020, after six months of closure. The Met’s branch in Fort Tryon Park in northern Manhattan features the art and architecture of medieval Europe, as well as vibrant gardens and views overlooking the Hudson River. It will be open Thursday to Monday, 10 a.m. to 5 p.m. through October (10 a.m. to 4:30 p.m. November through February), and will be closed on Tuesdays and Wednesdays. Member Preview Days will take place on September 10 and 11. Entry to the Museum is available by timed ticket or reservation only through The Met’s website.

Measures include limiting the number of visitors to 25 percent of the Museum’s maximum capacity, requiring timed entrance registration, and implementing temperature checks. The full list of Visitor Guidelines is available online.

Admission to The Met Cloisters will be by timed entry when it re-opens on September 12. General admission tickets can be secured online in advance in one-hour increments. New Yorkers and New York, New Jersey, and Connecticut students can reserve timed admission online, and such visitors may also pay as they wish at the on-site ticketing desk.

Members show their membership card for direct entry into the galleries. Admission tickets include same-day entry to The Met Cloisters, The Met Fifth Avenue, and all exhibitions.

In order to observe social distancing at The Met Cloisters, there will be a one-way route through the galleries, and the West Terrace will be temporarily closed. A new, free shuttle service will be available with advance reservation for those requiring step-free access while visiting the Museum. Details on parking and directions are available online, including subway and bus routes in light of the current closure of the 190th Street Station elevators. 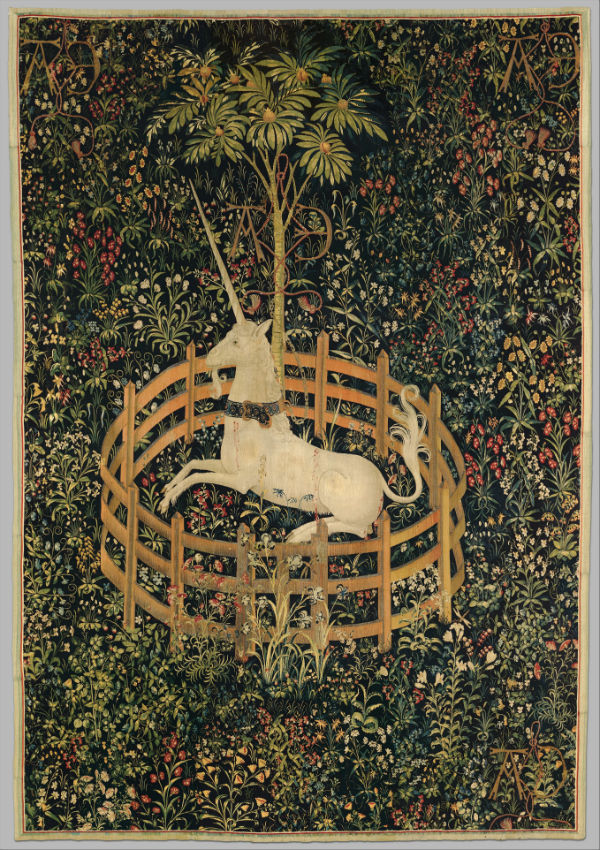 Visitors will find paintings, illuminated manuscripts, tapestries, sculptures, and other treasures from medieval Europe, including the seven monumental Unicorn Tapestries and the famed Early Netherlandish masterpiece the Merode Altarpiece.

Inside the Medieval Treasury, the Prato Haggadah (on loan from The Library of the Jewish Theological Seminary) is opened to a richly ornamented page appropriate both to Passover and Sukkot, the Jewish harvest festival. In the same gallery, The Belles Heures of Jean de Berry and The Cloisters Apocalypse are opened to pages in which the subject matter is confronting the sober reality of the plague.

The gardens at The Met Cloisters—which feature many herbs and flowers that were once grown in the Middle Ages—received meticulous care throughout the Museum’s closure. Visitors will find billowy pink “Autumn Joy” sedum in the Judy Black Garden, as well as pears, quinces, hops, buckwheat, and a solitary fig ripening in the Bonnefont Cloister herb garden.

Opened in 1938 as a branch of The Metropolitan Museum of Art, The Met Cloisters is America’s only museum dedicated exclusively to the art and architecture of the Middle Ages. Including a museum and gardens within a single complex, it derives its name from the portions of five medieval cloisters incorporated into a modern museum structure. 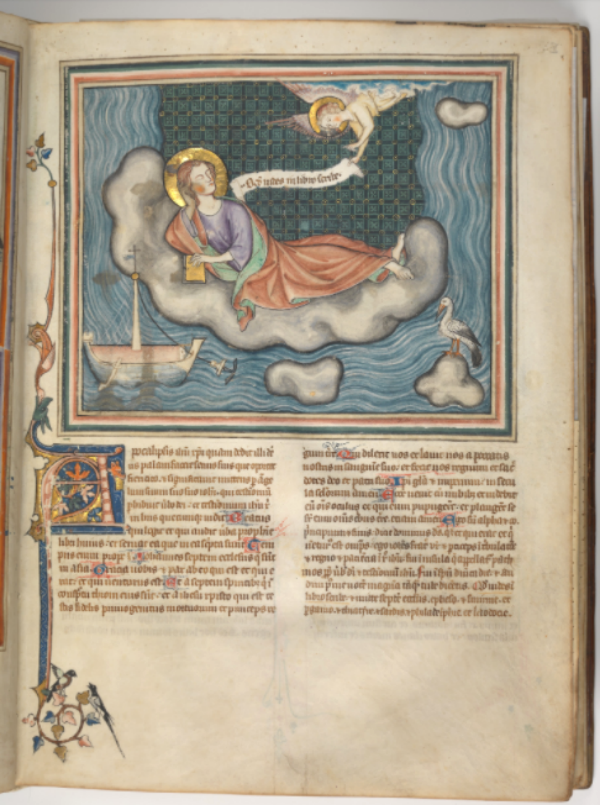 Not replicating any one particular medieval building type or setting, but rather designed to evoke the architecture of the later Middle Ages, The Met Cloisters creates an integrated and harmonious context in which visitors can experience the rich tradition of medieval artistic production, including metalwork, painting, sculpture, and textiles.

By definition, a cloister consists of a covered walkway surrounding a large open courtyard that provides access to other monastic buildings. Similarly, the Museum’s cloisters act as passageways to galleries and gardens; they provide an inviting place for rest and contemplation for visitors, as they often did in their original monastic settings.