Isidor Straus And Wife, The Harlemites Who Died On The Titanic 1912 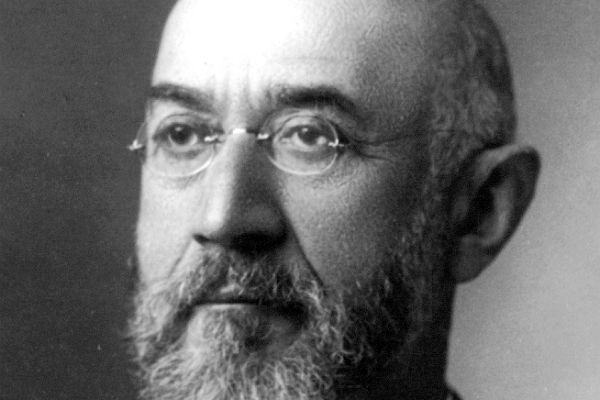 Isidor Straus, February 6, 1845 – April 15, 1912, was a German-born American Jewish businessman, politician and co-owner of Macy’s department store with his brother Nathan. He also served for just over a year as a member of the United States House of Representatives. He died with his wife, Ida, in the sinking of the passenger ship RMS Titanic.

Straus was born into a Jewish family in Otterberg in the former Palatinate, then ruled by the Kingdom of Bavaria. He was the first of five children of Lazarus Straus (1809–1898) and his second wife Sara (1823–1876). His siblings were Hermine (1846–1922), Nathan (1848–1931), Jakob Otto (1849–1851) and Oscar Solomon Straus (1850–1926). In 1854 he and his family immigrated to the United States, following his father, Lazarus, who immigrated two years before. They settled first in Columbus, Georgia, and then lived in Talbotton, Georgia, where their house still exists today. He was preparing to go to United States Military Academy at West Point when the outbreak of the American Civil War prevented him from doing so. In 1861, he was elected an officer in a Georgia military unit but was not allowed to serve because of his youth; in 1863, he went to England to secure ships for blockade running.

After the Civil War, they moved to Harlem, New York, where Lazarus convinced Rowland Hussey Macy, founder of Macy’s, to allow L. Straus & Sons to open a crockery department in the basement of his store.

Isidor Straus worked at L. Straus & Sons, which became the glass and china department at Macy’s. In 1888, he and Nathan Straus became partners of Macy’s. By 1896, Isidor and his brother Nathan had gained full ownership of R. H. Macy & Co. 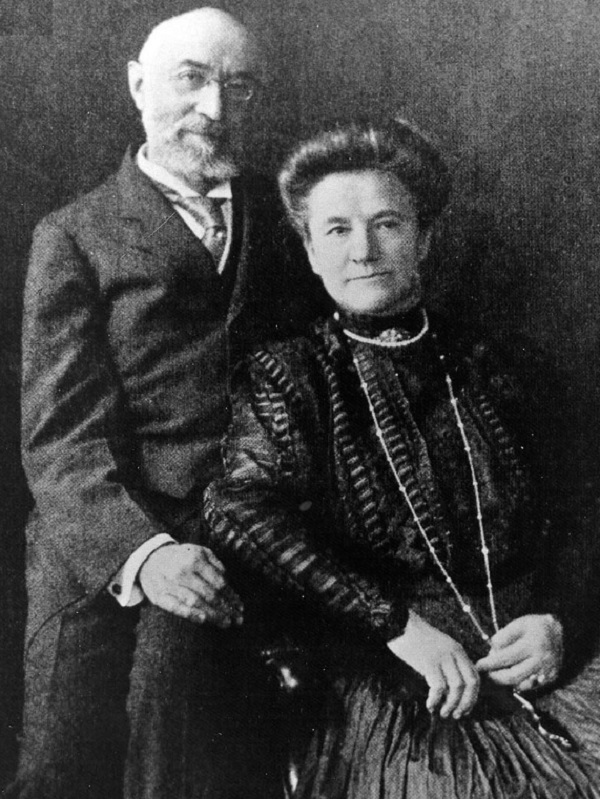 Isidor and Ida were a devoted couple, writing to each other every day when they were apart.

His great-great-granddaughter is singer, King Princess.

He served as a U.S. Congressman from January 30, 1894, to March 3, 1895, as a Democratic representative of New York’s 15th congressional district. Also, Straus was president of The Educational Alliance and a prominent worker in charitable and educational movements, very much interested in civil service reform and the general extension of education. He declined the office of Postmaster General which was offered him by U.S. President Grover Cleveland.

When the newly formed Mutual Alliance Trust Company opened for business in New York on the Tuesday after June 29, 1902, there were 13 directors, including Emanuel Lehman, William Rockefeller, Cornelius Vanderbilt, and Straus.

Death on the Titanic

Traveling back from a winter in Europe, mostly spent at Cape Martin in southern France, Isidor and his wife were passengers on the RMS Titanic when, at about 11:40 p.m. on April 14, 1912, it hit an iceberg. Once it was clear the Titanic was sinking, Ida refused to leave Isidor and would not get into a lifeboat without him. Although Isidor was offered a seat in a lifeboat to accompany Ida, he refused seating while there were still women and children aboard and refused to be made an exception. According to friend and Titanic survivor Colonel Archibald Gracie IV, upon seeing that Ida was refusing to leave her husband, he offered to ask a deck officer if Isidor and Ida could both enter a lifeboat together. Isidor was reported to have told Colonel Gracie in a firm tone: “I will not go before the other men.” Ida insisted her newly hired English maid, Ellen Bird, get into lifeboat #8. She gave Ellen her fur coat, stating she would not be needing it. Ida is reported to have said, “I will not be separated from my husband. As we have lived, so will we die, together.” Isidor and Ida were last seen on deck arm in arm. Eyewitnesses described the scene as a “most remarkable exhibition of love and devotion”.

Both died on April 15 when the ship sank at 2:20 am. Isidor Straus’s body was recovered by the cable ship Mackay-Bennett and taken to Halifax, Nova Scotia, where it was identified before being shipped to New York. He was first buried in the Straus-Kohns Mausoleum at Beth-El Cemetery in Brooklyn. His body was moved to the Straus Mausoleum in Woodlawn Cemetery in the Bronx in 1928. Ida’s body was never found, so the family collected water from the wreck site and placed it in an urn in the mausoleum. Isidor and Ida are memorialized on a cenotaph outside the mausoleum with a quote from the Song of Solomon (8:7): “Many waters cannot quench love—neither can the floods drown it.”

In addition to the cenotaph at Woodlawn Cemetery, there are three other memorials to Isidor and Ida Straus in their adopted home of New York City:

A memorial plaque can be seen on the main floor of Macy’s Department Store in Manhattan. 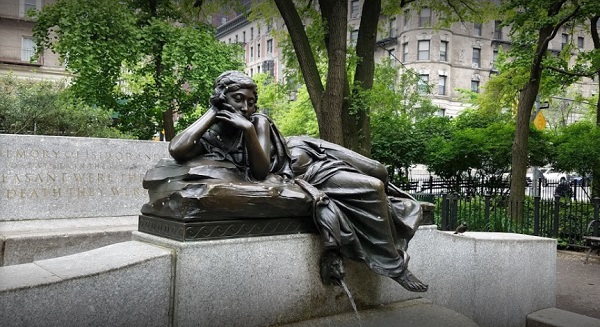 The Isidor and Ida Straus Memorial is located in Straus Park, at the intersection of Broadway and West End Avenue at 106th Street (Duke Ellington Boulevard) in Manhattan. The park is one block from where they resided at 105th Street and West End Avenue (now the site of the Cleburne Building).

“Lovely and pleasant they were in their lives, and in death they were not divided.” (2 Samuel 1:23)

New York City Public School P.S. 198, built-in Manhattan in 1959, is named in memory of Isidor and Ida Straus. The building, at Third Avenue between East 95th and 96 Streets, shares space with another school, P.S. 77.

Straus Hall, one of Harvard’s freshman residence halls in Harvard Yard, was given in honor of the Strauses by their three sons.

The couple is portrayed in the 1953 film Titanic, the 1958 film A Night to Remember

, and in the musical Titanic

, in scenes that are faithful to the accounts described above. In the 1997 film Titanic, the Strauses are briefly depicted kissing and holding each other in their bed as their stateroom floods with water. A deleted scene shows Isidor

(played by Lew Palter) attempting to persuade Ida (played by Elsa Raven) to enter a lifeboat, which she refuses to do.