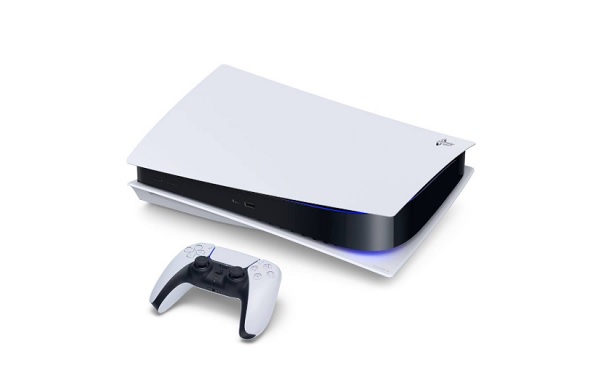 If you have a PlayStation, you also have a storage issue.

It doesn’t matter whether you have a PlayStation 4 or a PlayStation 5 or whether you’re taking advantage of the ability to store older games on an external memory stick – you still have a storage issue. The PlayStation only has so much space on its hard drive, and once you’ve filled that up with six or seven games, you’ll struggle to make anything else fit without deleting one of your older games. It’s been a problem in the past, and it’s likely to be an even bigger problem in the future because of the sheer size of modern games.

The solution that Sony would like you to use for that problem is the PS Now service. For a monthly, quarterly, or yearly subscription fee, you can have access to some of the best games ever released for the PS2, PS3, or PS4. There aren’t any PS5 games on PS Now yet, but that’s partial because there aren’t many PS5 games in general. Rather than storing games on your console, PS Now works by streaming games to your device across the internet. The games (and your save files) are stored on Sony’s servers, and storage ceases to become an issue. It seems – on paper, at least – like an ideal solution.

Sony isn’t the only company that’s tried to introduce this model for gaming. Microsoft has a similar streaming subscription package for its Xbox consoles. Google, Amazon, and Apple have even introduced streaming-only gaming platforms with Stadia, Luna, and Apple Arcade, respectively. You can think of them almost like online slots websites. The business model used by online slots websites does away with the need for players to be stood in front of a physical gaming cabinet when they’re playing slots or casino games. They log in to their website of choice and can take their pick of hundreds of online slots all lined up and ready to play. This is how sites like Rose Slots New Zealand now make more money than the casino in your hometown or city. It’s also how gaming companies hope they’ll make their money in the future – but they’ll only do so if it’s worth it.

You’ve clicked on this article to find out whether PS Now is worth the money that Sony asks of you, so let’s try to answer that question. The first thing you need to know is that it gives you access to hundreds of games. Only a few PS2 games have made the cut – none of which are stand-out titles – but the PS3 range is very strong, and the PS4 range is excellent. For a price that usually works out at around ten dollars per month (it might vary a little depending on where you are in the world), you can catch up on some of the games that you always meant to try years ago but never got around to. The first “Red Dead Redemption” is on there, for example. The first three “Batman: Arkham Asylum” games are available too, and they’re generally thought of as being among the best video games ever made. If you’ve never played them before, you probably owe it to yourself to try.

There’s also a fine selection of genres. If fighting games are your thing, you’ll find every version of “Street Fighter” ever made, along with “Mortal Kombat,” and “Mortal Kombat 11,” and the recently-added “Virtua Fighter V.” If you prefer sports games, that’s not a problem either. Several past entries in the NBA franchise are there, along with some of EA’s NFL games, “F1 2020,” and even the past four WWE games from 2K (although we recommend giving “WWE 2K20” a wide berth). While the majority of the collection focuses on big-name game releases from the past, there are a few titles that are barely twelve months old. The most notable of them is “Marvel’s Avengers,” which was added to the service at the same time as “Borderlands 3.” You could probably make a strong case that no streaming platform has a better collection of games than PS Now, so if you are going to give streaming a try, this would be a fine choice to make.

There are drawbacks, though, and one of them is inexplicably buffering. When buffering occurs, it does more than creating a delay between you pressing buttons on your controller and your game responding to that input. It also creates screen tears and lag, which is infuriating when it happens in the middle of a fast-paced fighting game or in a situation where precise timing is important. You’ll then see a banner at the top of your screen telling you that your internet connection isn’t good enough to support streaming. The banner is a lie. Even if your connection is perfect and you can stream in crystal-clear HD when you’re watching movies, you’ll still occasionally have connection issues. This is presumably something to do with demand, but it’s mystifying that Sony hasn’t fixed it and still tries to pass the blame on to players.

There are also some puzzling omissions from the catalog of games. There appears to be a bias toward PlayStation exclusives and games that Sony had a direct hand in developing. That probably has something to do with licensing, but it’s still an irritation when you specifically bought the package because you wanted to play specific games that aren’t there. A common bone of contention is that the old “Fight Night” games aren’t available. Boxing fans don’t like that because there’s never been a boxing game released for the PS4 or PS5, so they don’t currently have anything to play. These are small holes, though. The reality is that the full collection numbers more than eight hundred games. If you can’t find something you’re happy to play with so much choice available to you, you might not actually be a fan of video games after all.

PS Now is still evolving and improving, but it’s a very solid package at a reasonable price. If you’re into retro gaming – or just gaming in general – we think it will improve your PlayStation experience considerably. Take it for a test run and see what you think.