Is Harlem’s Nature Worth ‘Billions’? 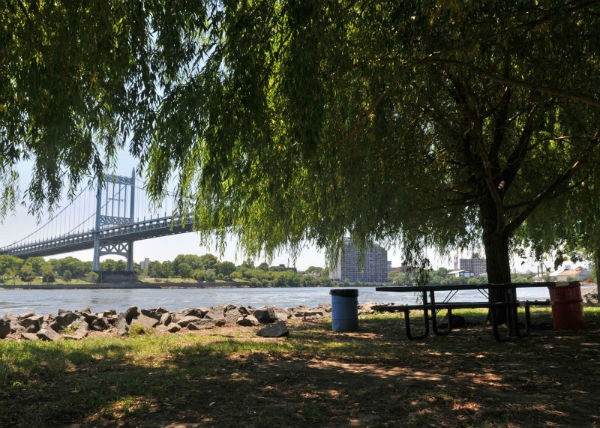 The UK’s parks, lakes, forests and wildlife are worth billions of pounds to the economy, says a major report. The health benefits of merely living close to a green space are worth up to £300 ($450 US) per person per year, it concludes.

The National Ecosystem Assessment (NEA) says that for decades, the emphasis has been on producing more food and other goods – but this has harmed other parts of nature that generate hidden wealth.

Ministers who commissioned the NEA will use it to re-shape planning policy.

“The natural world is vital to our existence, providing us with essentials such as food, water and clean air – but also cultural and health benefits not always fully appreciated because we get them for free,” said Environment Secretary Caroline Spelman.

“The UK NEA is a vital step forward in our ability to understand the true value of nature and how to sustain the benefits it gives us.”

The economic benefits of nature are seen most clearly in food production, which depends on organisms such as soil microbes, earthworms and pollinating insects.

If their health declines – as is currently happening in the UK with bees – either farmers produce less food, or have to spend more to produce the same amount.

Either way there is an economic impact; and on average, the costs are growing over time.

Without the environment, we’re all dead – so the total value is infinite,” – Ian Bateman UEA

“Humans rely on the way ecosystems services control our climate – pollution, water quality, pollination – and we’re finding out that many of these regulating services are degrading,” said Bob Watson, chief scientific adviser to the Department for Environment, Food and Rural Affairs (Defra) and co-chairman of the NEA.

“About 30% of the key ecosystem services that we rely on are degrading.”

“About 20% are getting better, however – our air quality has improved a lot – and what this report says is that we can do a lot better across the board,” he told BBC News.”

The 1940’s saw the beginning of a national drive to increase production of food and other products such as timber.

Although that was successful, the NEA finds there was a price to pay – England, for example, has the smallest percentage of forest cover anywhere in Europe, while many fish stocks are below optimum levels.

The report says the problem arises largely because currently, only material products such as food carry a pricetag in the market.

By calculating the value of less tangible factors such as clean air, clean water and natural flood defences, it hopes to rebalance the equation.

The Royal Society for the Protection of Birds (RSPB) welcomed the assessment.

“The traditional view of economic growth is based on chasing GDP, but in fact we will all end up richer and happier if we begin to take into account the true value of nature,” said its conservation director, Martin Harper.

“Of course no-one can put a pounds and pence value on everything in nature – but equally we cannot ignore the importance of looking after it when we are striving for economic growth.”

The NEA seeks to include virtually every economic contribution from eight types of landscape, such as woodlands, coasts and urban areas.

It also provides some local flavors by looking at variations across the UK.

Some figures emerge with precision, such as the millions that pollinating insects are calculated to be worth, or the billions pricetag on inland wetlands, valued so high because they help to produce clean water.

Other aspects of the evaluation are less precise because the costs and benefits are harder to quantify, and may change over time.

Ian Bateman, an economist from the University of East Anglia who played a principal role in the analysis, said that putting a single price on nature overall was not sensible.

Ecosystems Across The UK

Land in each nation broken down by ecosystem

“Without the environment, we’re all dead – so the total value is infinite,” he said.

“What is important is the value of changes – of feasible, policy-relevant changes – and those you can put numbers on.”

The full 2,000-page report is stacked full of such numbers. The government intends to use some of them in its forthcoming Natural Environment White Paper and other initiatives that could reform urban and rural planning.

Professor Watson said this did not imply an end to development, but that costs and benefits of each proposed development could be assessed more accurately in advance.

“Urban green space, for example, is unbelievably important – if affects the value of houses, it affects our mental wellbeing.

“This report is saying ‘this has got incredible value, so before you start converting green space into building, think through what the economic value is of maintaining that green space’ – or the blue space, the ponds and the rivers.”

On the global stage, several countries have previously evaluated the economic worth of specific factors such as forests or fisheries.

And two international studies – the Millennium Ecosystem Assessment (MEA) and The Economics of Ecosystems and Biodiversity (Teeb) – have given broader views of society’s environmental trajectory, and the costs and benefits.

But the UK is the first nation to produce such a detailed assessment across the piece.

Note: we have to look at these assets from the arts, tourism to nature in Harlem, if we don’t we will have nothing to left to value outside of objects.