Is Amazon Preparing To Launch A Cryptocurrency? 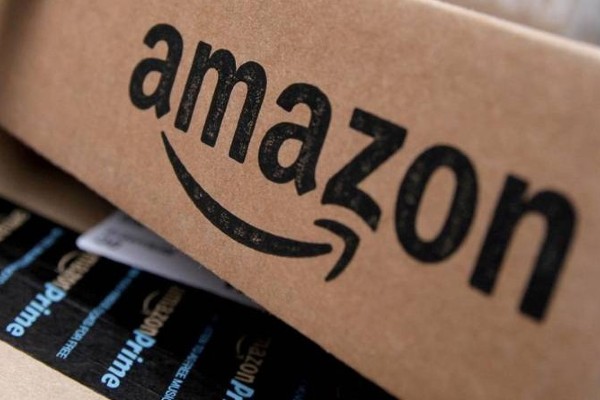 First, there was Bitcoin. Then there was Ethereum. Now there are hundreds of them. Whether you’ve been paying attention to the growing popularity of cryptocurrencies or not, they’ve spent the past few years quietly taking over the world. They make headlines worldwide when they sharply decrease or increase in value, and celebrity tech experts routinely endorse them. As an example, who knows where Dogecoin would be if it hadn’t so enraptured Elon Musk?

The popularity and public acceptance of cryptocurrencies have grown to such an extent that every big-name tech company wants to create one. There are even a few emerging examples of national governments wanting to get involved. It’s no secret that the Chinese government is setting up a national cryptocurrency, but there have also been recent reports that the British government is seriously looking into creating a UK-specific coin called “Britcoin.” Facebook has tried (and, thus far, failed) to get a cryptocurrency called “Libra” off the ground, but now it seems that they might be beaten to the punch by Amazon. According to reports in the United States of America that emerged over the weekend, Amazon is thought to be developing a cryptocurrency of its own.

The reports stem from a recent job listing posted by Amazon. The company wants to hire someone with significant experience in cryptocurrencies to head up their “blockchain and digital currency strategy.” This must be a new department for Amazon because Amazon doesn’t have a blockchain and digital currency strategy as of the time of writing. While many of the company’s rivals have begun to accept cryptocurrencies as a form of payment, Amazon is yet to do so. It’s possible that the new project lead – whomever that person might be – will be asked to oversee the process of Amazon starting to accept crypto payments, but certain aspects of the listing have led experts to believe that something bigger is going on.

According to the listing, the successful candidate must have expert status in cryptocurrencies, blockchain, distributed ledgers, and central bank digital currencies. They should also have experience of leading projects and developing strategies, and “gaining leadership buy-in.” The advert goes on to say that they’ll be responsible for receiving and distributing investment into “new capabilities” for Amazon. Again, that could mean becoming capable of accepting cryptocurrencies – but it could just as easily mean creating and managing cryptocurrencies.

While you can’t pay for any Amazon product or service with crypto yet, the company does already manage a blockchain service. It’s handled by part of Amazon Web Services as part of the company’s cloud division, but insiders say that Amazon has yet to find a practical use for it. That might be about to change. Amazon’s analysts will have been watching the performance of the world’s biggest cryptocurrencies in the past year and may have concluded that they’re at risk of being left behind if they don’t join in. This vacancy might be connected to an advert for someone to come in and work for the “alternative payments” team as a business development manager, which was posted in May this year. The successful candidate for that role was required to have at least five years’ experience with cryptocurrencies. From the outside, it looks like Amazon is trying to put a team together.

Whether as a coin developer or merely as a company that accepts crypto payments, has Amazon chosen the right time to get involved in the market? It’s certainly bigger than ever, but it’s also more volatile than ever. We’ve seen the value of Bitcoin shoot up by fifty per cent and drop all the way back down again in the past seven months. The relentless volatility of the coin reminds us that although Bitcoin millionaires exist (and lots of them), investing in Bitcoin is no more dependable as a means of getting rich than spending big money on online slots and hoping for a win. There’s a certain irony in that because some of the biggest online slots websites allow you to use crypto to play slots online. It won’t have been lost on Amazon’s executives that it makes them appear to be behind the times when you can use payment methods at online slots websites that you can’t use at Amazon. Still, while the public’s awareness of cryptocurrency might be growing, their trust in it might be heading in the opposite direction. The recent crypto price crashes have made headlines all over the world, and it will take a prolonged period of growth to restore faith in the crypto market.

Several news agencies have reached out to Amazon for comments about the job posting, and the company has responded to those enquiries, but they’re giving very little away. Every journalist received the same standardised response, which states that Amazon is “inspired” by what’s happening with cryptocurrencies and is “exploring” what it could mean for Amazon. They go on to note that the future will be built around new technology platforms and fast payment systems, and they intend to be part of that. That could mean almost anything. It doesn’t say that they’re developing a coin, but nor does it rule out the possibility of them doing so.

Amazon might have been nudged into doing something crypto-related by Apple, which announced in May that it was hiring people to work on alternative payment systems and started bringing in people with cryptocurrency experience. If Amazon and Apple are both now involved, this is the beginning of a trend. Where the world’s biggest tech companies lead, others follow. You can bet that if Amazon allows customers to pay for Amazon Prime with cryptocurrencies, Netflix and Disney Plus will follow suit. If you’ve been standing on the sidelines as the crypto revolution happens around you, you might soon find that this is no longer an option. It’s time to learn what cryptocurrency is, how it works, and how you can acquire and store it. Your ability to do business or even pay for basic goods and services in the future might depend on it.