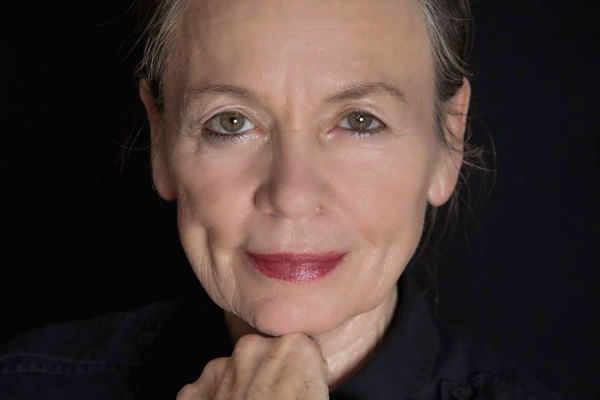 With the upcoming opening of the performance of Velvet Underground’s Lou Reed’s Drones and Viola Duets with Laurie Anderson at the Cathedral of St. John the Divine in Harlem, we spoke to international visual artist Laurie Anderson and longtime partner and wife of Lou Reed.

We were lucky enough to speak to Ms. Anderson in an e-mail interview before the opening on Wednesday, March 13, 2019, (and Harlem World Magazine publisher Danny Tisdale was especially excited about the interview since he met Lou Reed and some of the crew at Velvet Underground band when worked at Andy Warhol’s Interview Magazine back in the day):

Harlem World Magazine: I love the concept of “art without walls,” who came up with the idea for the Cathedral of St. John the Divine “The Value of Sanctuary: Building a House Without Walls“ project?

Laurie Anderson: This exhibit has been created over the last year from the help of so many dedicated people. This includes the Cathedral’s staff, clergy, volunteers, local partners, and congregation. The exhibit explores the meaning of sanctuary in today’s political climate and expands on the Cathedral’s mission of providing a “house for all people.”

HW: What is the goal of the presentation?

LA: Value of Sanctuary: Building a House without Walls is a multidisciplinary art exhibition, on view through June 30th, 2019, which explores the current political discourse about national borders, the immigration crisis in the United States and the importance of sanctuary through the work of over 30 modern and contemporary artists. From the early 20th century and through today, the Cathedral has provided a community and a sanctuary for all those trying to build lives for themselves in Washington Heights and the surrounding city. The current political climate surrounding national borders, identity, and human rights has only made the Cathedral’s commitment to acceptance and community more urgent today. 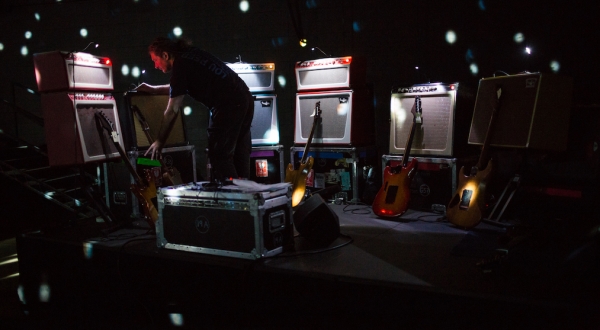 HW: The event takes place at the Cathedral of St. John the Divine, 1047 Amsterdam Avenue (at 112th Street), in Harlem. Is there a special tie-in to the project being presented there at the church?

LA: The Cathedral has hosted artists and thinkers whose lives have been dedicated to the many expressions of sacredness and spirit since it was founded over 125 years ago. Lou Reed, myself, and many of the artists who have worked with them express through their art a sensibility that reinforces living with intention, compassion, understanding, and honesty, and ultimately with love at the foundation. Sanctuary is essentially about transcendence through honoring the earth and all of its inhabitants.

HW: The project takes place on March 13th (in three days). Will this be the first time his work has been presented in Harlem?

LA: Yes, this will be the first time his work will be performed in Harlem. We will take full advantage of the Cathedral’s legendarily immense interior. The performance will envelop audience members in harmonic tones that shift and change depending on the audience member’s location within the space.

HW: As a mega super-star artist that happens to be a woman what advice would you give to in our listening audience who wants to be like you, have the career you have?

LA: My biggest advice to aspiring artists, especially female artists, would be to always listen to yourself and not others around you.

LA: I’ve spent a lot of time in my close friend’s very cozy and friendly ramshackle apartment in Harlem. I have great memories there.

LA: Please visit https://www.stjohndivine.org/calendar/28846/lou-reed-drones-viola-duets for more information on the event and to RSVP. The event is free and open to the public.

Check out more of our Interviews here.